You Are Here Home Health News These doctors restored a man’s eyesight, and then learned a lesson about psychology 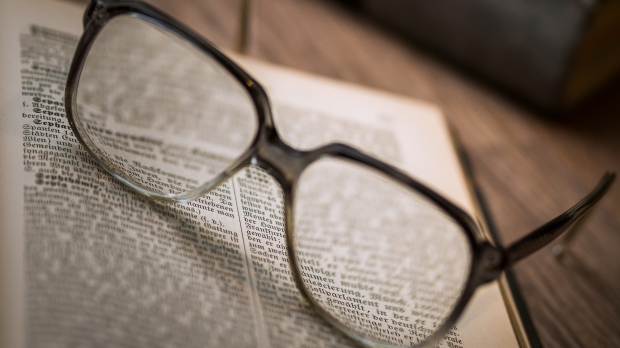 TORONTO — What would you do if, after nearly a decade of being legally blind, your eyesight was restored?

Would you return to your pre-blindness ways, go back to your old job, start driving a car again? Or would you find the world to be full of new worries, because you had adapted so well to being unable to see?

Medical experts say those questions will be asked of a growing number of people in the future, as advances around medical technology increase and blindness is reversed in more patients.

A newly published case study details the experience of one man who went through this transformation. At first, he was ecstatic to have his eyesight back – but over time, he found unexpected social and psychological challenges crowding out that happiness.

The British man started seeking help for vision problems at age 32, according to the case study published Monday in BMJ Case Reports. Three years later, a complication from cataract surgery resulted in him losing all sight in his left eye.

Cataract surgery on his right eye was successful but after a few years, the man’s vision began to decline once again. By the time he was 39, he was finding it difficult to recognize faces. He gave up driving at age 42, retired from his job at 47, and was registered as legally blind.

The man accepted that he would live his life in blindness, according to the study, and tried to remain content with it even as his eyesight continued to worsen. By the time he turned 54, he no longer felt he could safely find his way around unfamiliar places.

Two years after that, another operation on his right eye met with what the study describes as “immediate success.” For the first time in 15 years, he could recognize the faces of the important people in his life, and even read books with the help of a magnifying glass – but not all of the effects were positive.

“Once the initial euphoria subsided … he found re-establishing himself in a sighted world more of a challenge than one would perhaps expect,” the study notes.

Although the man had spent more of his life with working vision than without it, he found that he had lost his instinct to visually spot hazards in his environment – items he might bump into or trip over. Doing this required far more concentration than it had when he was younger. Remembering the “unwritten rules” of eye contact was a problem too, and he reported even one year after his surgery that he was still uncomfortable in social settings.

There were other psychological issues beyond that. It was difficult for the man to reconcile how he saw himself in the mirror with how he saw himself in his memory, and to immediately intuit that the loved ones he saw in his day-to-day life were the same people he remembered from the past.

He never did get behind the wheel of a car again, or return to work, even though he now had acceptable eyesight for both activities. What he felt he lacked, the doctors who treated the man and authored the case study wrote, was the confidence to do either.

The doctors say this sort of “psychological turbulence” should be expected in patients who have their vision returned – more so than in those who have any other sense restored, because of the importance sight plays in understanding social cues.

“Individuals risk humiliation and embarrassment when for example they cannot reliably recognise faces some time after regaining sight and require the security of recognising their voice,” they wrote.

“Therefore, for many patients, despite the precipitating factor of vision loss being removed social isolation continues, as in this patient’s case, and can sustain a low mood state.”

In this case, though, the doctors did not anticipate the mental hardship that would occur, and thus never warned the man that he should be prepared for it. They say they have now adjusted their pre-operative practices so that patients are warned about the potential psychological effects of the surgery, as well as the physical consequences.

“There will be many more patients like ours, whose lives will be transformed by advances in ophthalmology,” they concluded.

“It is essential that healthcare professionals involved understand not just the visual neuroscience and physical health issues for patients, but also the full spectrum of complex psychosocial issues surrounding reinstatement of vision.”

3 arrested amid Toronto anti-lockdown protests, including one who allegedly assaulted officer