You Are Here Home Health News This Drug May Cause Birth Defects. Japan’s Pushing It for Coronavirus. 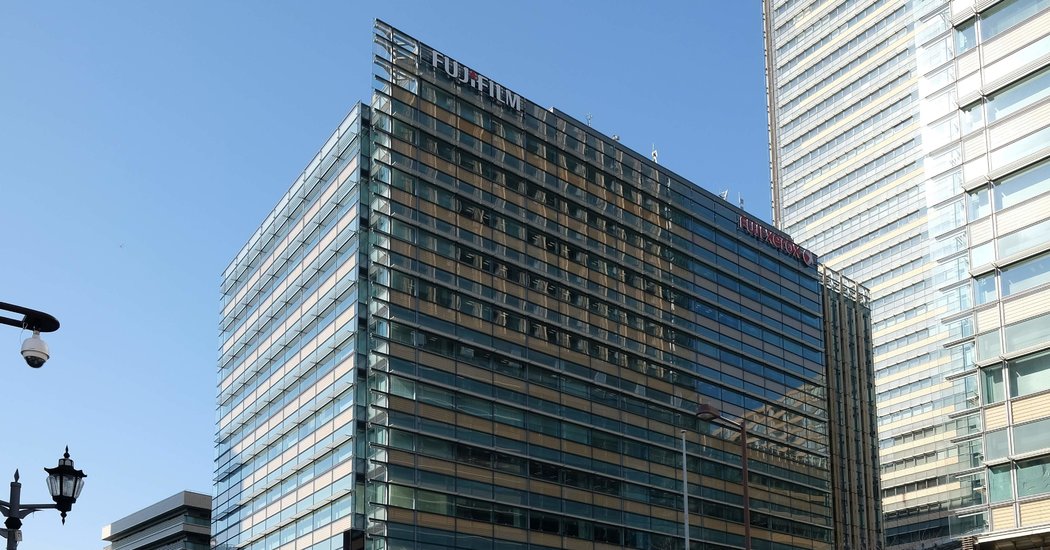 TOKYO — As President Trump was extolling the promise of a malaria drug in the desperate hunt for coronavirus treatments, one of his top global allies was selling the world on his own “trump card,” a pale yellow pill that he said could be crucial to fighting the pandemic.

This supposed beacon of hope is an antiviral medicine known as Avigan, and its most vocal proponent is Japan’s prime minister, Shinzo Abe.

Mr. Abe has pushed the homegrown drug in news conferences and in meetings with world leaders, including a call with Mr. Trump and the other heads of the Group of 7. He has allocated nearly $130 million to triple an existing stockpile of the medication. And he has offered to provide it free to dozens of other countries.

The prime minister, however, has glossed over one crucial fact: There is no solid evidence that Avigan is actually effective against Covid-19. While the drug has shown potential for treating some deadly diseases like Ebola in animal studies, there are limited findings that it works for any illness in humans.

What Avigan, whose generic name is favipiravir, does have is a peculiar regulatory history and one dangerous potential side effect — birth defects. Mr. Abe himself noted in a news conference on Monday that the side effect was “the same as thalidomide,” which caused deformities in thousands of babies in the 1950s and ’60s.

At the same time, Mr. Abe called for Avigan to be approved for use against Covid-19 by the end of the month. His pitches for the medication, like Mr. Trump’s testimonials for the antimalarial medicine hydroxychloroquine, are adding to concerns that national leaders could warp careful drug approval processes by making unusual interventions in support of unproven medications.

The prime minister’s boosterism has helped get Avigan into over 1,000 medical facilities in Japan, and the country’s foreign ministry says nearly 80 countries have requested the drug.

“We’re all impatient. We want a drug yesterday,” said Susan Ellenberg, a professor at the University of Pennsylvania who specializes in designing clinical trials. “But we’re not going to know what works until we do these studies.”

As the world clamors for coronavirus treatments, doctors are testing an array of medications. A number of countries, including the United States, have planned or started trials of Avigan.

For political leaders, backing the right treatment could save lives, bolster political fortunes, win international prestige and supercharge corporate profits. Promoting the wrong drug, however, can be disastrous.

The Food and Drug Administration last week warned that hydroxychloroquine and a related drug, chloroquine, can have dangerous effects on heart rhythm. In one extreme example, a man in Arizona died after ingesting a fish tank additive that had the same active ingredient as chloroquine.

Doubts among medical watchdogs have not slowed Avigan’s rise. The drug has the backing of one of Japan’s most powerful companies, Fujifilm, whose subsidiary Toyama Chemical developed Avigan. The Chinese government has attested to its safety and effectiveness against Covid-19.

On Japanese television, doctors are calling the pill a possible global savior, and celebrities who have taken it have offered glowing testimonials.

But that evidence is entirely anecdotal, said Masaya Yamato, chief of infectious diseases at Rinku General Medical Center in Osaka, who served on a 2016 government panel that considered the drug as a last line of defense against new types of influenza.

A spokeswoman for Fujifilm, Kana Matsumoto, said that the company was conducting clinical trials in Japan and the United States “in order to obtain substantial evidence of the drug’s efficacy” against Covid-19.

Avigan is potentially valuable because it functions differently from most other antivirals, interfering with viruses’ reproduction, instead of stopping them from entering cells. In studies on animals, the drug has appeared capable of curbing the propagation of certain viruses like Ebola, especially when administered early.

The drug also has major problems. Evidence of birth defects in animal trials led Japan to put unusually strict controls on the pill’s use and production. Before the coronavirus, it had been given to humans only during clinical trials and in desperate attempts to treat Ebola. None of those efforts delivered definitive evidence that it effectively treats any disease in humans, even common types of influenza, Dr. Yamato said.

If Avigan works against Covid-19, it is most likely useful in the illness’s early stages, said Norio Sugaya, an infectious diseases expert at Keiyu Hospital in Yokohama.

Dr. Sugaya said he believed the drug could be useful as a prophylactic if combined with widespread testing, a softening of the views he shared with the government task force in 2016, when he argued that the drug was unproven and should not be stockpiled.

Despite the warnings, officials at the time decided to purchase enough pills for two million patients, a stockpile that is now being tapped. So far, 1,100 Japanese medical facilities have given Avigan to almost 2,200 Covid-19 patients, with more than a thousand on wait lists for the drug, government data showed.

Many of those facilities are not applying rigorous scientific controls, such as double-blinding and the use of placebos. They argue that the potential benefits outweigh the risks, particularly in the elderly, for whom the problem of birth defects is unlikely to be an issue.

Fujifilm and others are now conducting proper trials of the drug for Covid-19. But Mr. Abe has rushed ahead of that process by calling for Avigan’s use to be expanded even further, by urging hospitals to give it to anyone who wants it, and by telling patients to ask for it by name.

On Monday, he said that the approval process would probably not depend on traditional clinical trials carried out by the developer, but instead would most likely take a “different form” after experts made a judgment about the drug’s effectiveness.

It is not clear why he has been such a vocal advocate. Some Japanese media have noted his close ties to Fujifilm’s chief executive, Shigetaka Komori. The two men have often golfed and eaten together, last meeting on Jan. 17, according to the prime minister’s schedule.

In mid-February, Fujifilm was the only company invited to attend a government task force meeting on international cooperation against the virus, according to materials from the meeting posted online.

Its representatives presented a 27-page PowerPoint presentation noting that the Chinese government was preparing to approve the medication for use on an emergency basis. The Chinese patent on Avigan expired last year, and if Japan dawdled, it could lose a potentially enormous market for the medicine.

In a news conference on Feb. 29, Mr. Abe said Japan was testing three treatments against the virus, mentioning only Avigan by name. The next week, the chief cabinet secretary, Yoshihide Suga, told reporters that Mr. Abe’s relationship with Fujifilm’s chief executive had “absolutely no connection” to the prime minister’s views on the pill.

Government officials are thinking “it’s a drug that’s made in Japan, so let’s use it if we can,” said Dr. Yamato, the infectious diseases expert.

The Fujifilm spokeswoman said “there has never been any favorable treatment” from Mr. Abe or his administration.

The drug gained further support in March, when two Chinese research teams posted papers online suggesting that it had hastened the recovery of patients experiencing mild to moderate cases of Covid-19.

Chinese officials, who have been stung by criticism that they initially covered up the outbreak, began promoting the findings as an example of the country’s successful response to the virus.

But scientists soon began picking the papers apart, arguing that they lacked basic scientific controls. Both papers, which had not been peer reviewed, were revised, their conclusions becoming less assured.

Nevertheless, China quickly approved Avigan for use against Covid-19. It was the first time any country outside Japan had approved its use against any disease.

Japan itself had only conditionally greenlighted the drug in 2014 under what medical watchdogs describe as highly unusual circumstances.

In their assessment, regulators wrote that Avigan “has not shown effectiveness” against seasonal influenza and could not be approved for use against it. Instead, they would allow its use against new or re-emergent strains of influenza, but only in “crisis” situations when existing antivirals proved ineffective.

Ms. Matsumoto, Fujifilm’s spokeswoman, said that the approval process was “robust and rigorous.”

In a report issued Friday, Medwatcher Japan, a nonprofit group that monitors the pharmaceutical industry, described the approval process as “exceedingly abnormal.”

“It’s unbelievable that it was ever stockpiled as an influenza drug,” said Masumi Minaguchi, the group’s secretary general. “And it’s even more unbelievable, that under these circumstances, even without any scientific basis, people are being told to use it.”