You Are Here Home Health News Those who claim high pain tolerances most likely to complain about illness, researchers say 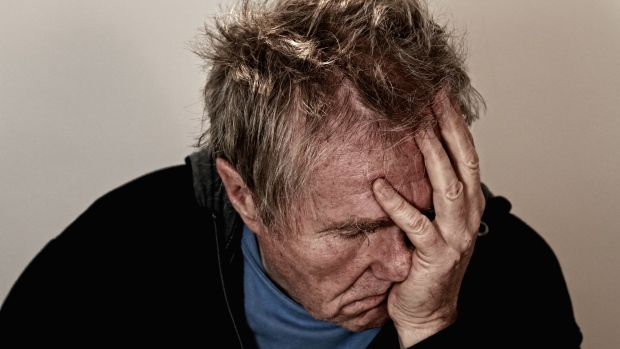 TORONTO — You know that person?

The one who is always talking about their high pain tolerance?

The one who, despite their boasts about being able to withstand whatever is thrown at them, seems to complain about being sick fairly often?

They’re not all that unique, researchers say – and the juxtaposition of their apparent pain tolerance and propensity for illness isn’t all that unusual.

“You’d think being a stoic would mean that you are more likely to be reserved, but according to our survey, it has the opposite effect.”

The human concept of “sickness behaviour” is well-documented. It’s what causes people to reduce their food consumption and overall activity levels while they’re fighting off a virus or infection.

Impulses toward sickness behaviour can be overcome, though. Studies have shown that doctors, for example, often show up for work even when they’re not feeling well – often because they don’t want to burden their colleagues with extra work or because they work in a culture where sick days are not encouraged.

Shattuck and his team from the University of Texas at San Antonio wanted to know more about the social factors that might influence sickness behaviour – situations in which people might be more likely to give into their illness or try and ignore it.

To do this, they surveyed 1,259 Americans between the ages of 18 and 55 who had contracted a cold or influenza within the previous 12 months. They were given a test known as SicknessQ, which asks them whether they agree with statements such as “I feel tired,” “I wish to be alone” and “my body feels sore,” based on their recollections of when they were sick.

They were also given tests that have been scientifically accepted as measures of traits such as gender role identity, machismo, individualism and stoicism.

Comparing the results, the researchers found a number of correlations. Respondents with below-average incomes were more likely to report more severe symptoms on SicknessQ, as were those prone to symptoms of depression and those who were feeling sick when they took the test – as opposed to trying to remember how they had felt when they were sick months earlier. Men were also more likely to report feeling sick if they had strong bonds with their family.

The finding the researchers found particularly notable, however, was the one involving respondents who reported high levels of tolerance to pain. When it came to colds or flu-like illnesses, they didn’t seem quite so able to weather the storm.

“A stoic endurance of pain or illness was associated with stronger self-reported sickness behavior, contrary to many reports of reduced symptom reporting and/or pain among highly stoic individuals,” the researchers wrote in their paper, which was published Jan. 24 in the journal Frontiers in Behavioral Neuroscience.

The researchers suggested several possible explanations for this, including that the more stoic respondents may have overestimated the severity of their symptoms or may have delayed seeking medical help until their symptoms had significantly worsened.

Shattuck’s team also noted limitations on their work. Chief among those was that SicknessQ has only been scientifically validated for determining how respondents feel about current illnesses, and the majority of those surveyed here were being asked to recall past ones.

Still, the researchers believe their findings represent evidence that social beliefs can affect reported perceptions of sickness behaviour – something they see as important, given those who hide their illnesses may be putting others at risk.