Obtaining the Campaigns list from the server has failed!
Server response:
CM Ad cahger Server plugin is not active on https://legendarygroup.co/admanager/
You Are Here Home Health News Time Is Running Out to Get U.S. Students Vaccinated by Fall 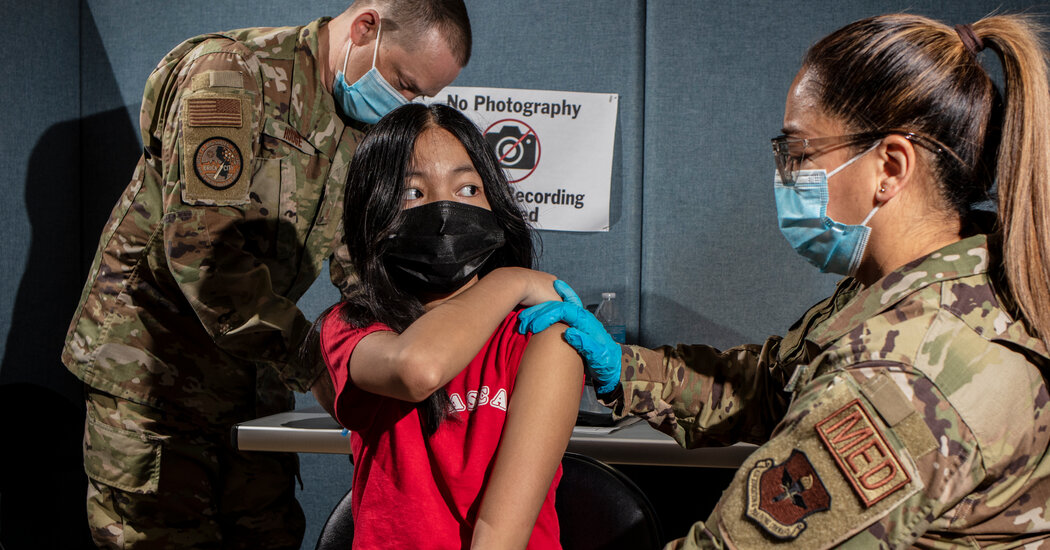 School may still seem blissfully far off for American students in the midst of summer. But for many who are eligible, time may be running out for a back-to-school necessity: getting fully vaccinated against the coronavirus before classes resume.

Many of the country’s more than 13,000 districts, especially in the South and Southwest, plan to start the 2021-22 school year well before Labor Day. Completing a course of Pfizer-BioNTech’s vaccine, the only vaccine now federally authorized for 12- to 17-year-olds, takes at least five weeks for the two shots to be administered and full protection to be reached. In many of those early-starting districts, students would need to get their first dose in the next few days to be fully immune in time.

In the Hamilton County School District in Tennessee, the first day of school is scheduled for Aug. 12. Counting back from then, students would have to get their first shot no later than Thursday to be fully protected by opening day.

Cody Patterson, a spokesman for the district, which encompasses Chattanooga and serves 45,000 students, said that while vaccinations are not mandatory for the new school year, the district was making clear to parents “that we believe vaccination is a key strategy to keeping school open.”

Mr. Patterson said that individual schools in the district would probably accommodate students case by case if they are worried about finishing their vaccinations.

Schools across the country closed and switched to online instruction when the pandemic took hold last year. But as the pandemic wore on, research showed that elementary and secondary schools were not major drivers of infection.

Colleges are another matter, with a number of outbreaks seen on campuses. Many colleges (along with some private secondary schools) are requiring vaccinations for students to attend in person this fall. It’s harder for public middle and high schools to do that, for legal and other reasons, and a spokesman for the American Federation of Teachers said the union was not aware of any U.S. school district that is mandating vaccinations.

It has only been since May that any vaccine was available for 12- to 15-year-olds in the United States. In many states, teenagers need parental consent to be vaccinated. No vaccine has yet been authorized for children under 12.

Michael Poore, the superintendent of the Little Rock School District in Arkansas, said that the district had contacted parents, worked with local health authorities and done extensive outreach on local and social media to persuade students and their parents to get a vaccine.

The district also ran vaccination events at its 11 middle and high schools, he said, but only 300 to 400 of the district’s roughly 11,000 eligible students got shots at the events.

School in Little Rock starts on Aug. 16, so to be fully protected by then, students would have to get their first dose by Monday.

“We’re really going to push the vaccines in August,” Mr. Poore said, “because if you haven’t had the shot and you’re in close proximity to someone who has the virus, you’re going to have to be quarantined.”

It is already too late for not-yet-vaccinated students to get fully protected before school starts in some places, like the Chandler Unified School District in Arizona, which reopens July 21.

Kimberly Guevara, a district spokeswoman, said the district had informed parents when the vaccine was authorized for teenagers and told them how to get a shot, but “we’re not going to force vaccinations on students.”

Ms. Guevara said she and the eligible members of her family got vaccinated as soon as they could.