You Are Here Home Health News ‘Too early’ to say when Johnson & Johnson shots will arrive, minister says 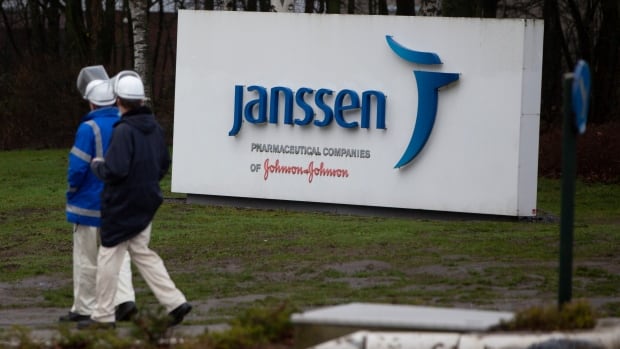 Public Services and Procurement Minister Anita Anand said today that Canada is ready to deploy a new COVID vaccine from Johnson & Johnson’s pharmaceutical division, Janssen, once it receives regulatory approval from Health Canada — but she couldn’t say how many shots will be available in the coming weeks.

The U.S. Food and Drug Administration’s vaccines and related biological products advisory committee will meet Friday to review the clinical trial data for this vaccine. A final U.S. decision on issuing emergency use authorization (EUA) could follow as early as this weekend.

Health Canada could make the same decision in a matter of days. The U.S. and Canada have been in synch on past COVID-19 vaccine approvals.

A spokesperson for the department said Health Canada “intends to be as aligned as possible with the decisions of our key regulatory partners, once all of the data required to make a decision has been received and reviewed.”

Canada has ordered 10 million doses from Johnson & Johnson with options for up to 28 million more, if necessary. Most of those shots are expected to arrive by the end of September.

Anand said she had a conversation with executives from Johnson & Johnson last week “to ensure we are on target in terms of those deliveries and to press them on when precisely those deliveries would be arriving in Canada.”

Asked if she knows how many doses will be delivered in the second quarter of this year — when Canada’s vaccination campaign is expected to ramp up — Anand said “that is a negotiation that we are currently engaged in and I will provide information relating to the details of those deliveries as soon as I have them.”

Anand said it’s “too early” to say how many doses, if any, Canada will receive in the April through June period.

She said vaccine manufacturers are “reluctant” to provide firm delivery dates with a regulatory review process still pending, but she has assured Johnson & Johnson that “Canada is ready for the deployment and distribution of vaccines” and that those shots will be put to use right away.

Last month, the company confirmed with U.S. officials that it was on track to deliver 100 million doses to the American marketplace by the end of June.

The company has signed deals to produce shots at plants in Indiana, Maryland and Michigan in the U.S. and other facilities in Europe in order to meet its contractual obligations.

“We’re very confident and on track to meet all of our commitments,” the company’s CFO, Joseph Wolk, told CNBC in January.

The company’s Canadian division has not yet offered similar assurances.

“It is premature to address the supply specifics of our vaccine candidate,” a spokesperson for the company said in an email to CBC News.

“Janssen is continuing to work with Health Canada to complete the rolling submission process,” the spokesperson said.

The Johnson & Johnson product, which requires only one shot instead of two like the Moderna and Pfizer vaccines, would be much easier for public health officials to administer as it remains stable in a standard refrigerator for months.

Unlike those two shots, which are based on mRNA technlogy, the Johnson & Johnson product uses a more conventional viral vector load vaccine technology. Millions of people could develop some sort of antibody protection against COVID-19 with just a single dose.

In U.S. clinical trials, the product was found to be 72 per cent effective in preventing moderate-to-severe cases of COVID-19.

The company has said the single-shot vaccine has “the potential to significantly reduce the burden of severe disease.”