You Are Here Home Health News ‘Trouble talking’: Author speaks about infertility from the male perspective 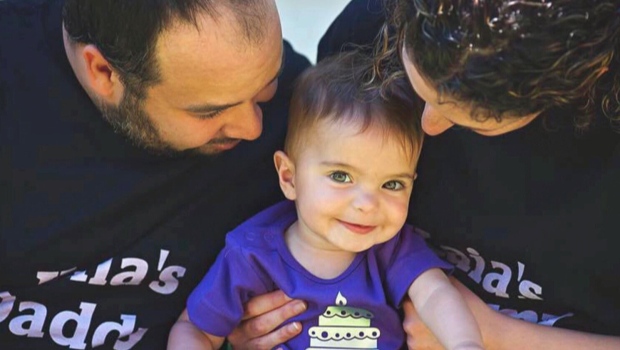 TORONTO — One in six couples in Canada experience infertility, according to government figures. Jon Waldman, author of ‘Swimming Aimlessly,’ joined CTV’s Your Morning to share his experience of infertility from the male perspective.

The Government of Canada says that four out of 10 times, infertility traces back to women, and three in 10 times the cause of infertility is in men. In 20 per cent of cases it is caused by both the male and the female, and in 10 per cent the cause is unknown.

Jon Waldman and his wife’s cause of infertility was unknown. The couple tried several treatments such as acupuncture, fertility drugs, Intrauterine Insemination, and In Vitro Fertilization. After transferring medical clinics and trying to conceive for six years, the couple had their daughter.

Speaking from his own experience, Waldman says that although infertility is not an uncommon topic of conversation amongst women, it’s rarely discussed by men.

“Most often men have trouble talking about conversations that are around your very personal life. Most conversations among men are very basic conversations like sports and entertainment and such,” Waldman told CTV’s Your Morning on Monday. “When you start to open up, it really is troubling. It’s really hard to begin with but as you go along, it gets a lot easier.”

During his journey, he says that there weren’t many platforms or support groups for men, however he’s now seeing more conversations about infertility on social media.

“We went through support groups as a couple, but there weren’t a lot of avenues, specifically for myself or for men in general. Thankfully that conversation is changing, thanks to social media forums on Facebook and other avenues, support groups through message boards, and in person, a little bit more that weren’t around when I was going through the deepest parts of my infertility.”

For men who are going through a similar situation, Waldman adds that there are a variety of resources out there that can provide the support needed.

“The most important thing to understand is that there are the opportunities available,” he said. “There are the networks available to do so, and sometimes it’s just looking around and finding those, those right spots for you.”

Waldman now has a daughter, and shares his experiences in his newly released book. Watch his full interview on CTV’s Your Morning.