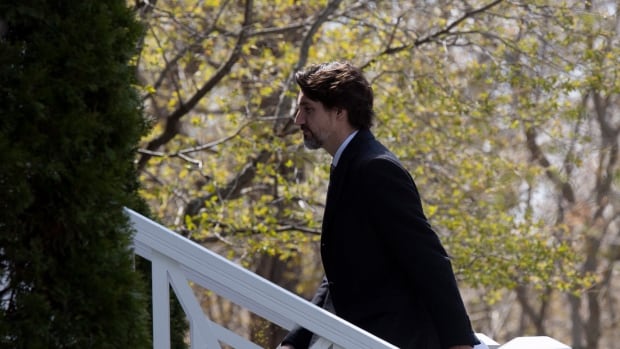 Prime Minister Justin Trudeau says he plans to keep working with airlines hard hit by the COVID-19 pandemic and acknowledged the significant impact the crisis has had on the industry, as Canada’s largest airline prepares to slash its workforce by at least half.

“I think we all know that this pandemic has hit extremely hard on travel industries and on the airlines particularly,” Trudeau said during his Saturday briefing. “That’s why we’re going to keep working with airlines, including Air Canada, to see how we can help even more than we have with the wage subsidy.”

The prime minister’s remarks come at a time when travel plans for many Canadians this weekend will be hampered by travel restrictions, which have paved the way for a bleak summer for Canada’s tourism and travel industry.

In a memo sent to staff Friday, Air Canada said it expects to lay off “approximately 50 to 60 per cent” of the company’s 38,000 employees in an effort to rebuild after the crisis.

The news follows the company’s efforts last month to rehire thousands of employees it had previously laid off because of the pandemic, after Ottawa confirmed the airline would qualify for the federal government’s wage subsidy program.

The prime minister also revealed that Health Canada has now approved the first clinical trials for a potential COVID-19 vaccine, work that will be undertaken at the Canadian Centre for Vaccinology at Dalhousie University.

“Research and development take time and must be done right, but this is encouraging news,” Trudeau said.

During his update, Trudeau highlighted the federal government’s one-time top-up to the Canada child benefit, which will see eligible families receive an extra $300 per child on Wednesday as part of their regular May payment.

He added that starting July 20, the benefit will be increased for the upcoming year to keep pace with the cost of living.

The prime minister reiterated Ottawa’s pledge for $350 million in emergency funds to community groups and national charities, and announced an additional $100 million for the Red Cross to prepare for potential floods and wildfires on top of the organization’s COVID-19 response efforts.