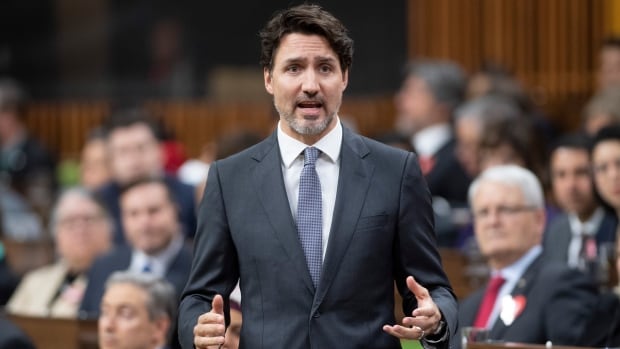 Prime Minister Justin Trudeau has announced a $1-billion fund to help Canadians cope with the spread of COVID-19, with half of the money going to the provinces and territories.

During a news conference in Ottawa Wednesday, Trudeau said the federal government is “pulling out all the stops” to help Canadians through the global health crisis. The fund will include $275 million for additional research, including vaccine development, and $200 million for federal medical supplies, supports for Indigenous communities and education efforts.

The federal government will also waive the one-week waiting period for employment insurance to assist workers and businesses affected by the novel coronavirus, and exploring additional measures to support other affected Canadians, including income support for those who are not eligible for EI sickness benefits.

“I want all premiers and Canadians to know your government is here for you,” Trudeau said. “We will make sure you have everything you need.”

Other elements of the COVID-19 response fund:

Prime Minister Justin Trudeau breaks down the $1-billion fund to help Canadians cope with the spread of COVID-19. 2:41

Canada’s Chief Public Health Officer Theresa Tam said federal and provincial health authorities are preparing for a “range of scenarios” but declined to offer a prediction of how much of the population could be affected.

She said it’s up to Canadians to keep people safe, particularly those who may be more vulnerable such as elderly people or those with underlying health conditions.

The Public Health Agency of Canada’s website says the risk to Canadians remains low for the general population in Canada but warns that “this could change rapidly.” It says there is an increased risk of more severe outcomes for Canadians who are aged 65 or older or have compromised immune systems.

“While a COVID-19 outbreak is not unexpected in Canada, our public health system is prepared to respond. PHAC, along with provincial, territorial and community partners, continues to reassess the public health risk, based on the best available evidence as the situation evolves,” the PHAC website reads.

So far, there have been more than 90 confirmed cases of the illness in Canada and one death.

The research funding in the package unveiled Wednesday is over and above the $27 million announced in Montreal last week.

Ottawa is also leading a pan-Canadian effort to bulk-buy certain medical devices, and the federal government says it will be ready to support provinces needing further assistance to shore up their health-care systems as the number of confirmed cases rises.

Beyond Wednesday’s announcement, Duclos said Ottawa will spend more to help people “go through the crisis” and help “workers, families and businesses thrive and sustain themselves.”

While the debt-to-GDP ratio has been falling in recent years, Ottawa is running a federal budget deficit of $26.6 billion for the 2019-20 fiscal year.

Stock markets have cratered and the price of oil has dropped to levels not seen in years due to the global panic over the spread of COVID-19. Italy, the world’s ninth-largest economy, has locked down travel within the country to slow the spread of the virus.