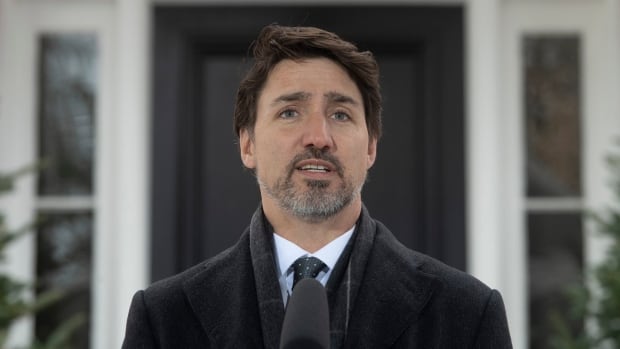 Prime Minister Justin Trudeau says the government is doing all it can to help bring home Canadians who are stranded abroad due to COVID-19 travel clampdowns, but conceded it won’t be able to help everyone.

The global pandemic has led to closed airspace and travel restrictions around the world, making it difficult for people trying to get home.

“It is an extremely difficult situation, but the lockdowns in various countries, the limits on travel, the logistical capacities of our airlines means that we are unlikely to be able to bring everyone home,” he said during a news conference outside his home at Rideau Cottage in Ottawa Saturday.

“So we’re going to ask people to stay safe, to make smart choices, and do the best they can in a situation that is unprecedented, exceptional and very difficult.”

The government has facilitated a flight to bring Canadians home from Morocco today. That flight is expected to arrive in Montreal this evening.

The government is also working to help organize flights to bring home Canadians trapped in Peru and Spain, and flights from other countries will be announced at a later time.

As flight and travel restrictions ramp up around the world, some governments in Canada are imposing their own rules.

The Northwest Territories, which has not had a confirmed case to date, is banning travel into the region to try to prevent infections of COVID-19.

In Newfoundland and Labrador, Premier Dwight Ball said anyone who has travelled outside the province — whether within Canada or internationally — will be required to quarantine for 14 days.

Asked if the federal government will move to restrict travel within Canada, Trudeau said the message already is for everyone to avoid going to see neighbours, whether they are in the U.S. or other provinces. He urged people to self-isolate to protect themselves, and the health-care system and its workers.

“We’re asking people to stay home as much as possible, to avoid non-essential travel,” he said.

Flights will prioritize stranded travellers who are Canadian citizens, permanent residents of Canada, or immediate family members of Canadian citizens. Only people who show no signs of symptoms will be allowed to board, and all passengers will be told to self-isolate for 14 days after arriving in Canada.

The government is working with Air Canada and other airlines to assess needs and ensure that stranded Canadians can get home at a reasonable commercial price for their ticket.

Trudeau addressed the nation at 11:15 a.m. ET. and cabinet ministers are holding a news conference after in Ottawa. Watch it live here.

Foreign Affairs Minister François-Philippe Champagne will be among the cabinet ministers holding a news conference in Ottawa after Trudeau’s event, along with public health officials.

On Twitter this morning, Champagne said he has had conversations with his counterparts in Australia, Brazil, Germany, Morocco, Peru and Turkey about “plans to facilitate the return home of nationals.”