Prime Minister Justin Trudeau said today that hundreds of thousands of COVID-19 shots are set to arrive each week for the foreseeable future — but Canada’s chief public health officer warned that the relative scarcity of vaccines now means people still have to be vigilant about fast-spreading COVID variants.

After convening a call with the premiers last night, Trudeau said the federal government is working with the provinces and territories to make sure they’re ready for an onslaught of shots after weeks of meagre supplies.

“Vaccines are my top priority. I know the premiers feel the same,” Trudeau said. “The big lift we’re going to face, as our vaccine deliveries shift to the millions, means the provinces will need to be ready.”

While vaccine deliveries are stabilizing — thanks in part to firm commitments from Pfizer to deliver more shots than originally planned over the next six months — Chief Public Health Officer Dr. Theresa Tam said Canada’s supply of vaccines will still be comparatively small over the coming months.

“For the next few months, we’re not going to have a lot of people vaccinated,” Tam said. “That’s just a fact.”

Canada has roughly 38 million people and just under 1.4 million doses have been administered so far. Fewer than 500,000 Canadians have been fully vaccinated with two doses of either the Moderna or Pfizer products.

The Opposition Conservatives jumped on Tam’s comments in question period today, pressing the government to account for Canada’s slow start to the vaccination campaign.

“Are the Liberals admitting their failure to vaccinate Canadians has made Canada vulnerable to variants and is going to create more lockdowns?” said Michelle Rempel Garner, the party’s health critic, citing Tam’s remarks.

“The government has left us in a tinderbox situation where these variants might lead to more lockdowns, more lives lost and more jobs lost. This is crazy. Will the government admit their failure?” 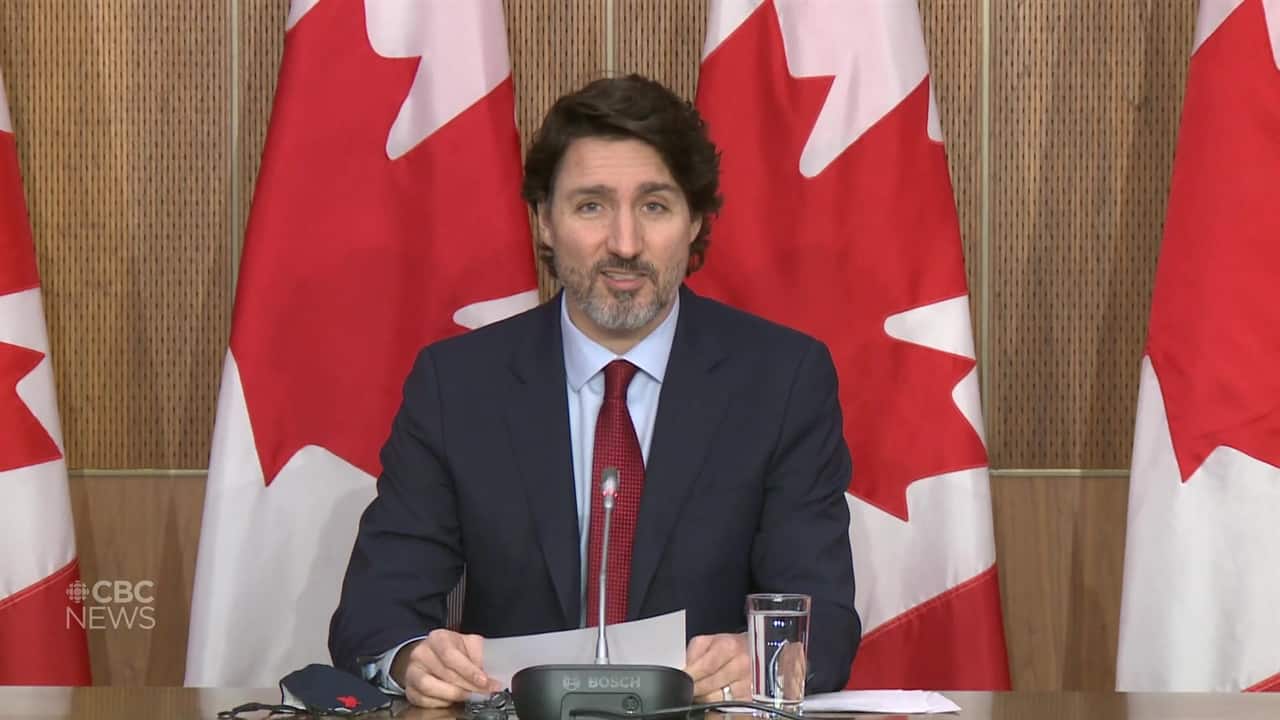 Prime Minister Justin Trudeau spoke with the premiers Thursday evening and outlined the discussion for reporters on Friday during his regular media briefing. 2:58

In reply, Darren Fisher, parliamentary secretary to the health minister, insisted that Canada is on track to vaccinate everyone who wants a shot by the end of September.

“We’re working the provinces and territories to protect our communities against outbreaks of these new variants,” he said.

Based on current estimates, Canada will have enough doses to fully vaccinate 14.5 million people by the end of June — a number that could tick higher if other promising vaccine candidates are approved by Health Canada.

But those higher vaccination thresholds are still months away and there’s a possibility that the pandemic will “surge rapidly and strongly,” Tam said.

The “variants of concern” are now present in every province, according to the latest data from the Public Health Agency of Canada.

With so few people vaccinated, most people haven’t developed herd immunity or antibody protection and cases can easily spike even after a lull, Tam said.

“The population immunity is still probably quite low,” Tam said. “Our vaccination programs continue to escalate but they haven’t got to a point where enough people are protected.”

Tam urged provinces and territories to be cautious about dropping public health measures designed to curb the spread of the virus. Trudeau also warned his provincial counterparts against “opening up too fast” now that new COVID-19 strains are abroad.

As Canada contends with a relatively slow pace in vaccinations in the months to come, Tam said new research about the Pfizer product published by Canadian doctors in the New England Journal of Medicine and Israeli scientists in the Lancet could offer some hope.

Dr. Danuta Skowronski of the British Columbia Centre for Disease Control and Dr. Gaston De Serres from the Institut national de sante publique du Quebec found that a single shot of the Pfizer vaccine might be almost as good as two.

The doctors found that, by waiting two weeks after vaccination to start measuring the rate of new infections, there were 92 per cent fewer COVID-19 cases among those who had received just one dose of the vaccine compared with those who got a placebo.

The doctors said this research could give Canada leeway to push back the second dose and focus on getting that first dose into more people to build herd immunity.

“With such a highly protective first dose, the benefits derived from a scarce supply of vaccine could be maximized by deferring second doses until all priority group members are offered at least one dose,” the doctors wrote in their paper.

“There may be uncertainty about the duration of protection with a single dose, but the administration of a second dose within one month after the first, as recommended, provides little added benefit in the short term, while high-risk persons who could have received a first dose with that vaccine supply are left completely unprotected.”

Reasons to be ‘optimistic’

Similarly, a study of Israeli health care workers published in The Lancet found the first dose of Pfizer’s vaccine to be 85 per cent effective in preventing infection.

Tam said Canadians have reasons to be “very optimistic” about these findings. “There are studies now beginning to emerge both abroad and in Canada that just that initial dose packs quite a punch,” she said.

Health Minister Patty Hajdu said the findings “could be” a game changer for the country’s immunization campaign. “If the company decides to change its dosing schedule … we would review their data closely,” she said. 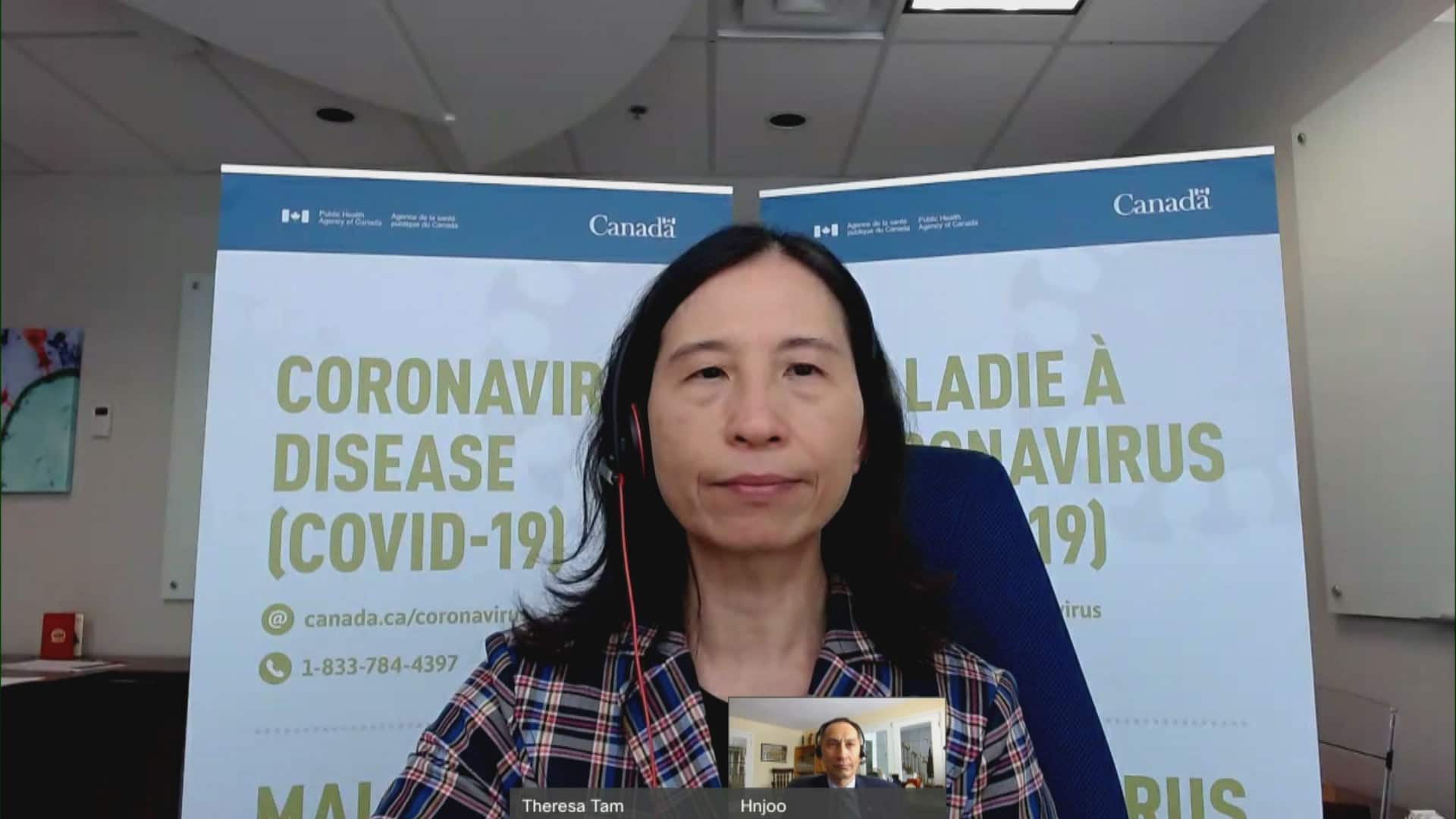 Canada will continue to recommend that provinces follow through with the two-dose regime, as manufacturers suggest, but Tam said there may come a time when the National Advisory Committee on Immunization (NACI) chooses to allow for more time between shots — to “stretch the interval,” as Tam put it — so that more people can get at least one dose sooner.

“It is incredible that we have such an efficacious tool,” Tam said of the Pfizer product. “We just need to hunker down, get the vaccines implemented and people to roll up their sleeves when the time comes.”