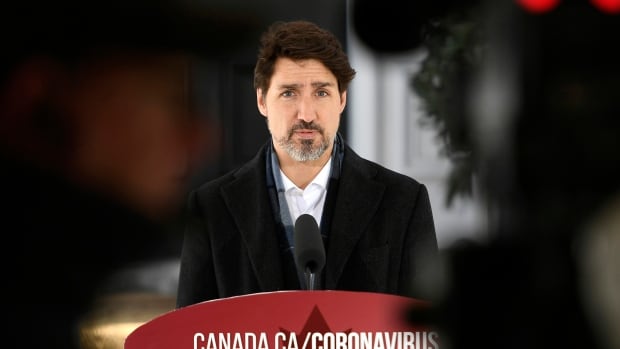 Prime Minister Justin Trudeau is set to address the nation again today after speaking with the premiers about the battle to stop the spread of COVID-19.

His address comes as the federal government launches a $30-million advertising campaign to raise awareness about the measures to stop the spread of infection.

The ads, featuring Canada’s chief public health officer Dr. Theresa Tam, will run for the rest of March and at least through April on all Canadian television networks and radio stations across the country, as well as in national, regional and local print outlets.

In the ads, Tam warns that the COVID-19 pandemic presents a “serious public health threat” and reminds Canadians of the importance of handwashing, social distancing and staying home when possible, avoiding non-essential travel and self-isolation if there has been a risk of exposure to the virus.

Public health officials are recommending the measures as a way to slow the spread of COVID-19. By slowing the rate of new infections, officials hope to lessen the burden on the health care system.

Trudeau will be speaking from his residence at Rideau Cottage, where he remains in self-isolation because of his wife Sophie’s positive test for COVID-19. He has been holding daily briefings for more than a week.

As COVID-19 cases mount around the world, the committees responsible for Canada’s involvement in Olympic and Paralympic sport have decided they won’t be sending athletes to Tokyo if the 2020 Summer Olympics go ahead as planned.

There are now more than 1,400 confirmed cases, and at least 20 deaths in Canada.

Every province and territory has now declared either a state of emergency or a public health emergency, but to date the federal government has not invoked the Emergencies Act, which would give it special powers to enforce quarantines and limit movement.

Some provinces have adopted their own rules, which include mandatory self-isolation upon arrival from another province.

The Quarantine Act, which was updated in 2005 after the deadly SARS outbreak, gives the federal health minister the power to designate quarantine zones and fine or jail travellers who disobey quarantine requests.

The House of Commons will reconvene Tuesday to adopt emergency measures announced earlier this week by the federal government to help Canadians and businesses hit financially by the health crisis.

Trudeau announced a massive $82-billion aid package that includes $27 billion in direct supports and another $55 billion to help business liquidity through tax deferrals.