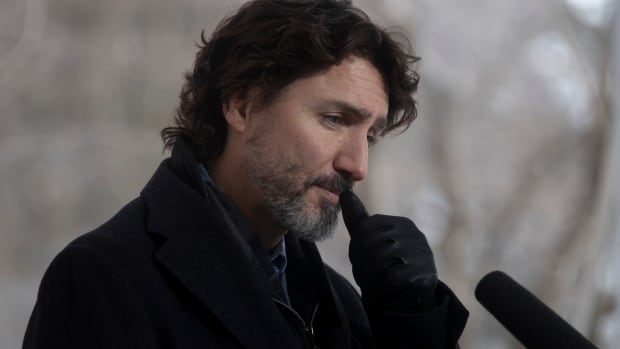 Prime Minister Justin Trudeau will speak to the press this morning as concerns grow about the global supply of COVID-19 vaccines, with the European Union threatening to limit the supply of shots to countries abroad.

Trudeau will speak at 11:15 a.m. ET. CBCNews.ca will carry his remarks live.

The EU is poised to impose export controls on vaccines leaving the 27-member bloc to ensure there’s more supply on the continent. The proposal would require companies to seek approval before shipping vaccines beyond the EU, including to Canada.

“Europe is determined to contribute to this global common good, but it also means business,” Ursula von der Leyen, the German president of the European Commission, said in a video statement released late Monday.

The EU, which approved the Pfizer-BioNTech and Moderna products later than countries such as Canada, the U.S. and the United Kingdom, has been criticized for the slow vaccine rollout in many member countries.

Vaccine deliveries to Canada will grind to a halt this week as a temporary shutdown at Pfizer’s plant in Belgium disrupts shipments from that company.

The delivery delay is already prompting some provinces — notably, Alberta and Ontario — to warn that they will have to curtail vaccination appointments in the weeks ahead as they direct the existing supplies of the two-dose Pfizer-BioNTech vaccine to patients who need their second shots.

Trudeau is also expected to address calls for yet more travel restrictions as new strains are reported in Canada.