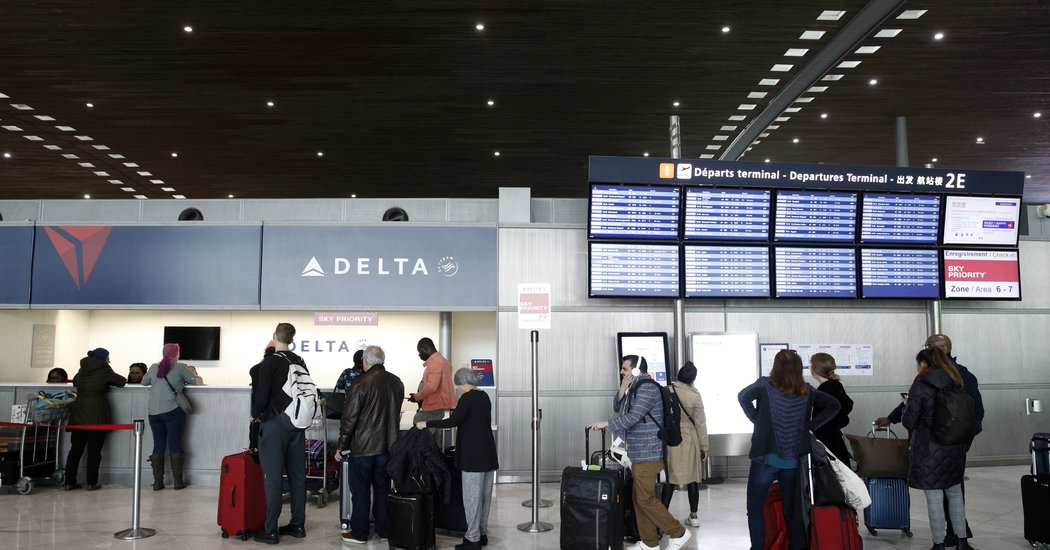 Across Europe on Thursday, Americans scrambled to make sense of conflicting messages from Washington about if and when they would be allowed to return to the United States.

They awoke to the news that President Trump had announced a 30-day suspension of most travel from Europe in a bid to stem the spread of the coronavirus.

“To keep new cases from entering our shores, we will be suspending all travel from Europe to the United States for the next 30 days,” Mr. Trump said. The travel restrictions would start at midnight Friday, he added.

Alex Sarnow of San Diego was one of many Americans alerted by family members in the early morning. “My phone started buzzing and ringing off the hook at 3 a.m.,” said Mr. Sarnow, who was vacationing with his wife in Malta.

“The whole world changed for me in the middle of the night,” said Ivan Lingvay of Orlando, Fla., who awoke in Prague to similar alerts.

But as the bleary-eyed Americans began to find out what it would take to get home quickly, a new, contradictory series of texts began to pop up: The Department of Homeland Security released a statement that seemed to say that American citizens and permanent legal residents, and their families, were exempt from the restrictions.

The quest for clarity to figure out how to meet a deadline that might or might not be real proved infuriating, many said. One main issue was that it was unclear who could definitively interpret the restrictions.

Did they have to be in the United States by midnight or on a flight by midnight? Did the Department of Homeland Security statement overrule the president? Might not the president overrule the agency in a tweet? What was the meaning of vague language noting that American citizens could be funneled to certain airports for enhanced screening?

“I’d like to know what airports those are,” said Matthias Suuck, a resident of Colorado Springs who was vacationing in Münster, Germany, with his 7-year-old daughter.

David Barreres, of Toms River, N.J., was visiting Spain with his wife. He said he had called his travel agent, airline and the U.S. Embassy but was unable to get anyone to offer clarity.

“So here we are stressing out at 4 a.m. Spanish time, not knowing if we’ll be stuck here for a month, and our kids are home in the U.S. with their grandmother,” he said. On Thursday morning, he went to the U.S. Consulate in Valencia seeking answers, only to be told that employees there had also felt blindsided.

The only clarity he got there was that U.S. citizens would be able to return, though it was not clear when or how. “Not very reassuring,” he said.

Those who called the airlines to move up their departure or rushed to the airport found that flight operators were overwhelmed.

“It’s total chaos,” Mr. Suuck said. “The airlines have zero time to prepare and hardly have any real information.”

After doing some research, he decided to stick with his original departure for next week.

Some business travelers were left facing logistical puzzles that could enhance the pandemic’s toll on operations.

Piet Holten, the president of The Pactics Group, which produces microfiber products, said he was already en route from Asia to Amsterdam via Dubai when he heard about the restrictions. He was supposed to fly to Seattle from Amsterdam on Tuesday, but decided he would try to fly directly from Dubai instead, avoiding Europe entirely. He is not an American citizen, meaning he would be unable to make his meetings in the United States otherwise.

Some American travelers, fearful of being separated from family, of getting fired from jobs, or of running out of money rushed to buy new tickets.

Brian Kim already had a return flight to New York booked for Friday night, but he bought a new ticket thinking that the restrictions went into effect Thursday night or Friday morning.

Parker Lunn of Orlando also chose the cautious route. He said that he had a flight from Budapest scheduled for Monday and that, as a recent college grad, putting an extra $1,500 on his credit card did not feel quite right. But he was also planning to move to Seattle to start a new job at the beginning of April, and was not certain that the offer would hold if he were stuck in Europe for a month.

“Even if we’re technically allowed back, I assumed flights into the country would be really hard to come by,” he said. “I wanted to get back before anything else worse happened.”