You Are Here Home Health News U.S. CDC warns not to cuddle pet chickens or ducks after salmonella outbreaks linked to backyard poultry 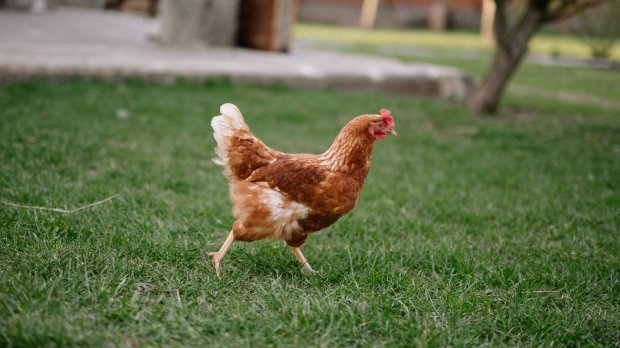 TORONTO — The Centers for Disease Control and Prevention in the U.S. is once again urging Americans not to kiss or snuggle pet chickens and ducks after a multi-state salmonella outbreak linked to backyard poultry.

The CDC says kissing or snuggling backyard chickens and ducks, as well as eating or drinking around them, could spread salmonella germs to the mouth, potentially causing illness.

Children should always be supervised around poultry and adults shouldn’t let children under five touch any backyard chickens, the CDC says.

The health agency also recommends washing hands with soap and water immediately after touching poultry or their eggs or using hand sanitizer if soap and water aren’t available.

Salmonalla symptoms general start within six hours to six days of swallowing the bacteria and usually include stomach cramps, diarrhea and fever. Most recover after four to seven days, but severe symptoms include prolonged or bloody diarrhea, a fever higher than 39 C and “so much vomiting that you cannot keep liquids down,” the CDC says.

There have been 163 reported illnesses between Feb. 14 and April 25 in 43 states, which have resulted in 34 hospitalizations.

This isn’t the first time in recent months that the CDC issued a notice like this. In December 2020, the CDC reported that backyard poultry was linked to an outbreak of 1,722 salmonella infections. There were 333 hospitalizations and one death reported in that outbreak.

The Alberta government in 2015 also published a guide urging chicken owners to wash hands before and after touching live birds and never allow children under five to handle chicks.

The last time the Public Health Agency of Canada (PHAC) issued a public health notice over an outbreak of salmonella in relation to backyard chickens was in 2015. PHAC reported 61 cases of salmonella across four provinces and one territory linked to storefronts that sell live chicks for backyard flocks. PHAC also recommends refraining from snuggling or kissing live poultry.​

The next pandemic? Why monkeypox isn’t the new COVID

Julie Beckett, champion of children with disabilities, dies at 72

Monkeypox cases up to 26; first case detected in Ontario: PHAC