You Are Here Home Health News U.S. Commandos at Risk for Suicide: Is the Military Doing Enough? 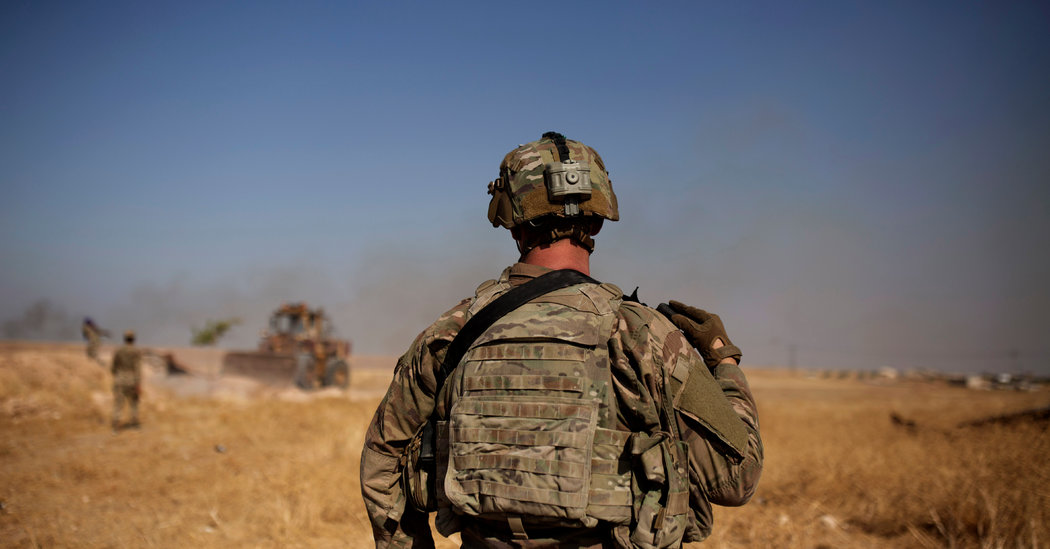 He was one of the most elite military men in America, but his service in the Special Operations forces (S.O.F.) had taken a heavy toll. “The job I love and have committed my whole being to is creating my suicidal condition, but I’d rather die than admit to having trouble and being removed from my unit and my team,” he said often, according to someone close to him. It was impossible for The New York Times to follow up with this special operator, however, because he had died by suicide.

The soldier’s troubling admission is found in a study of suicides among America’s most elite troops, commissioned by U.S. Special Operations Command (SOCOM) and obtained by The New York Times via the Freedom of Information Act. Conducted by the American Association of Suicidology, one of the nation’s oldest suicide-prevention organizations, and completed sometime after January 2017, the undated 46-page report aggregates the findings of 29 “psychological autopsies” — detailed interviews with 81 next-of-kin and close friends of commandos who killed themselves between 2012 and 2015.

According to SOCOM records, there were 117 suicides among Special Operations forces from 2007 to 2015, peaking at 23 in 2012 — a rate of 39.3 per 100,000, compared with 22.9 per 100,000 for the armed forces as a whole. The rate gradually declined after that, falling to eight cases in 2017. That year, one of the largest efforts to understand military suicide ever undertaken — a study examining suicide attempts by soldiers during the early years of the wars in Afghanistan and Iraq — found that Special Operations forces might be more resilient than the Army’s general-purpose forces, because of “rigorous selection, intense training, strong unit cohesion or psychological and biological characteristics.” The next year, S.O.F. suicides spiked nearly threefold above 2017’s total.

[Sign up for the weekly At War newsletter to receive stories about duty, conflict and consequence.]

The findings of SOCOM’s psychological-autopsy study, which have never been released to the public, offer a window into the private struggles of the elite troops who have borne a disproportionate burden over almost two decades of ceaseless American conflicts. Researchers found that nearly all of the 29 commandos suffered some form of post-traumatic stress disorder or emotional trauma following their first deployment, according to their loved ones. A dozen or more had shared details of how they were affected by combat, and their accounts included not only being under fire or experiencing the deaths of colleagues but also the killing of enemy soldiers, witnessing or participating in the torture or deaths of detainees and missions that violated their personal ethics. Such war zone-specific issues, the study found, compounded typical home-front issues like financial problems, which affected 58.7 percent of the deceased, and relationship problems, which afflicted 51.7 percent.

“We started to realize that, while it might not even be the principal reason for suicides, this pressurized environment was having an impact,” said Joseph Votel, a retired Army general who commanded SOCOM from August 2014 to March 2016 and recalled discussions about the suicide study, but said he never saw the final product. “People were witnessing horrible things on the battlefield; people were injured and were taking a lot of medication to manage the pain; people were in 15, 16 years and dealing with the wear and tear of a military career, and they worried that they couldn’t keep up.”

Votel, who spoke openly about mental health and encouraged service members to seek counseling while at SOCOM, conceded there was a stigma associated with admitting suicidal thoughts: “That may be a result of social pressure or it may be a result of pressure being exerted by leaders,” he said, noting that he believes there has been marked improvement in recent years. He also pointed to the close-knit nature of Special Operations forces and the small-team dynamics that leave service members feeling that they are letting their comrades down if they’re unable to deploy.

The United States has leaned heavily on its Special Operations forces since the attacks of Sept. 11, 2001, with elite units deployed almost constantly in Afghanistan, Iraq, Somalia and other conflict zones. This reliance increased sharply during the Obama administration, as commandos were often tasked with duties that conventional forces might have handled and some units were home on leave and for training only as long as they had been overseas. Earlier this year, a SOCOM ethics report noted that a Special Operations forces culture “focused on force employment and mission accomplishment has led to sustained high operational tempo” to the “detriment of leadership, discipline and accountability.”

Some of the suicide study’s most salient findings deal with deficiencies of the military’s suicide-prevention programs and with barriers to assistance, subjects that commandos’ loved ones spoke about in detail. “Suicide-prevention training was viewed as a check in the box,” one said, noting that soldiers and their supervisors treated it as a perfunctory exercise. All the deceased, the report noted, had undergone the training. At the same time, statements by leaders encouraging troops to seek help were seen as disingenuous. “He saw that individuals who shared having suicidal ideations were escorted like a criminal for evaluation,” someone close to a S.O.F. member recalled.

“Do we have programs? Yes. They’re throwing a lot of money at it, but it’s not solving the problem,” said Donald Bolduc, a retired Army brigadier general who served 10 tours in Afghanistan. “It’s a joke,” he told The Times. While serving as the chief of Special Operations Command Africa from 2015 to 2017, Bolduc went public about his personal struggles — including traumatic brain injuries from a 2001 bomb blast and a 2005 helicopter crash in Afghanistan and post-traumatic stress — to show service members that seeking help wouldn’t hurt their careers. “I said: ‘It has negatively affected my personal life. But I can be a better version of myself if I get help, and I want you to get help, too,’” he told The Times. But entrenched opinions about mental injuries and weakness were one reason, Bolduc now believes, that his own career was derailed by high-ranking generals heading SOCOM, leading to his retirement in 2017.

The psychological-autopsy report found a widespread fear that reporting mental health issues or suicidal ideation would lead special operators to be separated from their unit, cripple their chances of promotion or otherwise negatively impact their careers. S.O.F. members “see the way others who sought help were treated and recognize that most of these individuals left the service soon after they had shared that they had suicidal ideation,” the study found. Similar barriers also prevented family members from intervening. “The role of the S.O.F. wife is to uphold her husband’s reputation, never revealing any problems,” one interviewee told the researchers. Votel called fears about the negative outcomes of seeking psychological help an “urban legend,” and said he knows of no evidence to support the assertion.

The reasons for the rise in military suicides are murky, said Dr. Rajeev Ramchand, an epidemiologist who studies suicide in the military as a fellow at the Bob Woodruff Foundation. “There was a lot of combat, and we know that combat leads to PTSD,” he told The Times, noting that the uptick coincided with both an increased suicide rate among the civilian population and the “surge” of troops to Iraq in 2007. “But there’s research to suggest that some individuals who deployed and experienced combat had higher rates of suicide and some research that says there is no evident connection.”

SOCOM’s psychological-autopsy study included 11 specific recommendations, including improved in-person suicide-prevention training and efforts to change the attitudes of unit leaders toward suicidal S.O.F. members through small-group discussions that also include civilian experts. The command told The Times that it took specific actions based on each recommendation, although some seem to bear little resemblance to what the American Association of Suicidology advised. “Consider individual or group therapy sessions for all S.O.F. members returning from deployment to help them deal with their experience. … Recommend monitoring and ongoing assessment for 6-12 months,” the second recommendation reads. In response to that guidance, SOCOM hosted a 2019 moral-injury symposium, from which a collection of papers will be published and shared with leaders, a SOCOM spokesman said. The American Association of Suicidology declined to answer questions about the report and its recommendations.

Bolduc, who is currently a Republican candidate in his native New Hampshire for the U.S. Senate, is calling for congressional oversight of SOCOM’s response to suicides and mental injury. “If you want to keep people at war for 18 years,” he said, “you better come up with something better than we have right now.”

Nick Turse has reported on war and its aftermath across three continents. He is a fellow at the Type Media Center.

Sign up for our newsletter to get more At War stories delivered to your inbox every week.