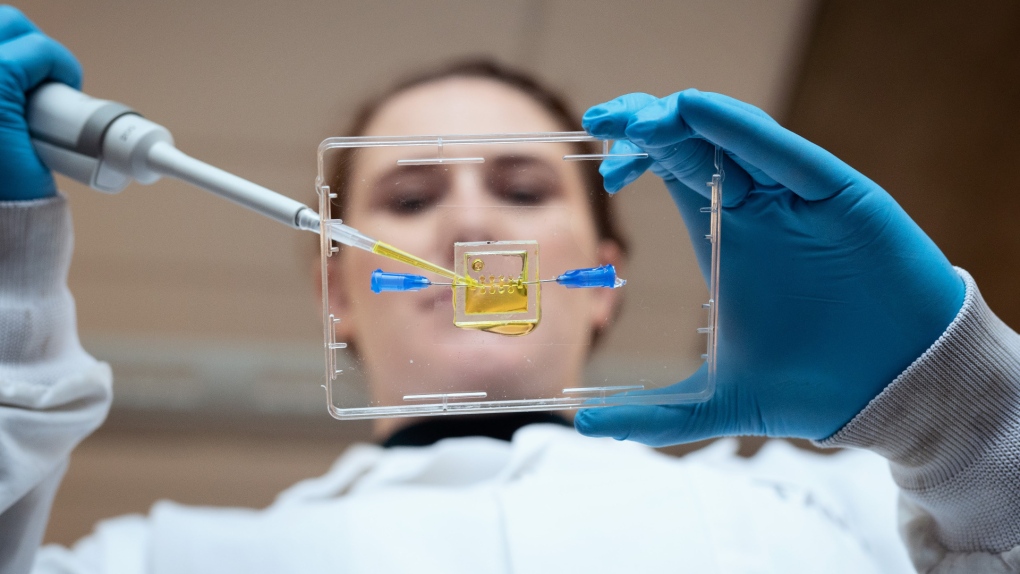 Researchers at the University of British Columbia are leading an international effort to develop a new way to treat spinal cord injuries which they hope will lead to increased motor function and a better quality of life for patients.

They’re looking at the use of biomaterials, or soft gels, to repair the gap that’s created when a person’s spine is injured.

The high-tech gel would be injected into the site of the injury, which can be a few centimetres wide, and conform to the shape of the area while acting as a bridge for growing nerve fibres.

“It’s one of the hardest things we do as spine surgeons, is to talk to patients that have had a spinal cord injury about the fact that we really don’t have treatments to improve their neurological function,” he said. “We want a therapy that has the least chance of causing any damage, because these are patients that have had a catastrophic injury in the first place. We want to make it as safe as possible.”

Dr. Kwon said with a spinal cord injury, while the cord itself is typically not severed, “there’s a lot of destruction of the inner architecture.”

“That destruction and that area of damage becomes a formidable obstacle for neuroregeneration,” he said. “It forms a type of gap, and that gap is both a physical and biological barrier.”

Neuroscientist and director of the ICORD centre for spinal cord research Dr. Wolfram Teztlaff said every case is unique.

“Not every injury is the same. Every patient actually looks different, has a different size, different shape of lesion,” he said. “It’s very difficult to get prefabricated material into the cord without cutting into it. You don’t want to add further damage.”

The biomaterial gel would be injected in a minimally invasive procedure with the help of a surgical robot, and would contain drugs to modify existing scar tissue, which can make repairing injuries more difficult.

“These contain magnetic particles and can be then directed in a magnetic field and aligned,” he said. “The nerve fibres that encounter them are essentially getting direction.”

The six-year research project, known as “Mend the Gap,” recently received $24 million in federal funding. The team includes researchers, engineers, and surgeons from Canada, the U.S., Europe and Australia.

Program director John Madden said there are dozens of investigators collaborating on the project at several different universities. UBC will be leading the testing process.

“It’s an extremely complex challenge to try and regenerate the spinal cord,” he said. “That’s the reason we need such a big international team.”

Madden said with the magnetic components delivered by the gel, they hope to help create a “track” for the nerve fibres or axons to follow.

“Like railway tracks or bread crumbs,” he said. “The aim is to help restore some function after spinal cord injury. By the end of the project we hope to have some initial results that we can then take on to human trials.”

While the team’s initial focus is helping patients with recent injuries, they said there could be potential applications for those with chronic injuries in the future as well.