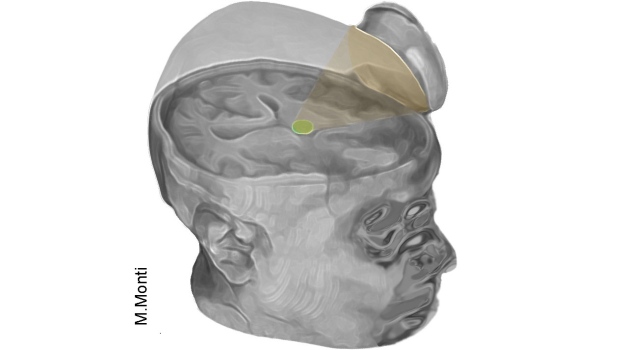 The results, published online in the journal Brain Stimulation on Jan. 15, details how the two patients with severe brain injuries, referred to as in a long-term “minimally conscious state,” showed remarkable improvement after scientists used sonic stimulation to excite neurons in the thalamus.

The thalamus is a structure in the brain that serves as a central hub for processing, but after a coma, has its function typically weakened, according to the UCLA study release.

Doctors use a device “about the size of a [teacup] saucer” that creates acoustic energy, which they aim at different regions of the brain to excite the tissues.

Doctors put the device beside the patients head and activated it 10 times for 30 seconds each in a 10-minute period. Each patient underwent two sessions, one week apart.

The study notes that three people were given the ultrasound treatment, but only two responded and benefitted from it.

One patient who improved was a 56-year-old man who had suffered a stroke and was in a minimally conscious state and non-communicative for more than 14 months.

The second patient that improved was a 50-year-old woman who had been in an even more severe minimally conscious state for more than two-and-a-half years after a heart attack.

The third patient who did not respond to treatment was a 58-year-old man who had been in a car accident five-and-a-half years ago and was minimally conscious.

After the first of two treatments, the 56-year-old man demonstrated the ability “to consistently respond to two distinct commands — the ability to drop or grasp a ball, and the ability to look toward separate photographs of two of his relatives when their names were mentioned,” the release states.

After the second treatment the man was able to use a pen on paper, raise a bottle to his mouth and communicate to answer questions – for the first time since his stroke.

After the 50-year-old woman had her first treatment she was able “for the first time in years, according to her family, to recognize a pencil, comb and other objects.”

The release says both patients showed the ability to understand speech.

“What is remarkable is that both exhibited meaningful responses within just a few days of the intervention,” said project leader and UCLA scientist Martin Monti in the release. “This is what we hoped for, but it is stunning to see it with your own eyes. Seeing two of our three patients who had been in a chronic condition improve very significantly within days of the treatment is an extremely promising result.”

Monti said in the future he hopes to translate the technology into portable devices that could be used to “wake up” patients who are in minimally conscious states at home, and not just at hospitals