Obtaining the Campaigns list from the server has failed!
Server response:
CM Ad cahger Server plugin is not active on https://legendarygroup.co/admanager/
You Are Here Home Health News Uncertainty around return to workplaces adding to Canadians’ declining mental health: report 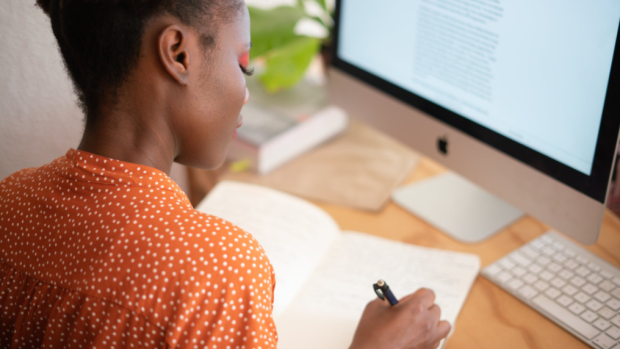 TORONTO — A new report has found that many Canadians are still uncertain of what to expect regarding their workplace environment following the COVID-19 pandemic, contributing to a decline in their mental health.

According to the LifeWorks’ monthly Mental Health Index released Wednesday, 25 per cent of Canadians surveyed said they are “unclear” of their employer’s plan for returning to the workplace, while another 12 per cent don’t believe their employer has a plan.

The report found that these respondents also reported the lowest mental health scores when compared to employees who said their employer has already communicated a “clear” return-to-the-workplace strategy.

While many organizations have begun developing an office-reopening plan, the report suggests that a “significant portion” of Canadians need more communication from employers to ease anxieties around returning to the workplace.

When asking employees about their expectations for returning to the workplace, LifeWorks found that more than one-third (38 per cent) of those surveyed expect that their employer will want all employees working in their pre-pandemic environment, while 17 per cent said they believe their employer will allow remote work to continue.

The report also found that 14 per cent of Canadians surveyed expect to work at their office on a part-time basis, at least, and one-in-six employees said they had the flexibility to choose their work location.

Stephen Liptrap, president and CEO of LifeWorks, said in a press release that not knowing how one’s workplace will change following the pandemic is adding to feelings of anxiety for employees.

“As flexibility and hybrid work environments become part of everyday life, yet another workplace transition is likely to cause increased mental strain among working Canadians,” Liptrap said. “As we look to the other side of the pandemic, organizations should consider focusing on wellbeing as a vital part of their culture.”

To do so, Liptrap said employers need to continue to prioritize employee mental health with “empathy, clear communication and high-quality mental health resources.”

LifeWorks has published its Mental Health Index every month since April 2020, and compares the findings against benchmark data collected in 2017, 2018 and 2019.

In addition to workplace uncertainty, the new report found that vaccination status is “significantly impacting” Canadians’ mental well-being and feelings of isolation.

In April 2021, LifeWorks reported that 55 per cent of Canadians surveyed said that increased COVID-19 vaccinations, or reaching herd immunity, would most improve their optimism for the future.

The June report found that those who were at least partially vaccinated against COVID-19 had the “most favourable” mental health score, logging in at -9.3.

LifeWorks said the least favourable score (-15.7) was seen among those who were not yet vaccinated, but intend to be. As well, those surveyed who said they were not vaccinated and did not plan to get a jab showed the worst isolation score of -18.9.

Paula Allen, global leader and senior vice-president of research and total wellbeing at LifeWorks, said this “prolonged uncertainty” around vaccine schedules has created uneasiness and a decline in optimism among Canadians since the start of the pandemic.

However, she noted in the release that those feelings now seems to be changing.

“As restrictions continue to ease with climbing vaccination rates, we are seeing an improvement in mental outlook among both fully and partially vaccinated individuals,” Allen said. “While this is encouraging, the improvement is fragile, and we are still well below where we were before the pandemic.”

Allen said the next few months will be “pivotal” for the well-being of Canadians.

“We need to regain a sense of control and deal with the increased mental tension that has become a norm,” she said.

The report noted that children’s mental health has also been impacted by the COVID-19 pandemic.

LifeWorks reported that this is due to kids having to adapt to changes at school such as online learning, and limited social interactions including isolating from friends and extended family members.

The report found that nearly two-thirds (64 per cent) of parents with children between the ages of six and 12 reported that the mental health of their children was the same as it was before the pandemic.

However, 15 per cent of parents surveyed reported a decline in the mental health of their school-aged children. The report noted that these parents had the least favourable mental health score at -21.9.

In comparison, 21 per cent found that their children’s mental health had improved over the course of the pandemic.

When it came to post-secondary students, the report noted that their mental health has been lower than other groups for 13 consecutive months.

LifeWorks asked post-secondary students what has been most difficult for them in terms of their mental health for the past year. The company found that more than 34 per cent of those surveyed reported isolation to be the most challenging.

One-quarter indicated that the change in income has been most difficult for them, while eighteen per cent of students found the challenge of online courses impacting their mental health.

LifeWorks’ overall Mental Health Index for June 2021 was down for the 15th consecutive month, with the index score hitting -10.7 compared to the pre-pandemic benchmark of 75.

The report says the drop is due to worsening psychological health, depression and workplace productivity, showing that the coronavirus pandemic continues to impact Canadians’ mental well-being.

Nearly all of the scores have increased compared to those of May 2021, with the optimism score seeing the most significant improvement of 1.8 points.

Despite a 0.8 point decline from the previous month, the report says the financial risk score continues to be the strongest of all sub-scores and remains above the pre-2020 benchmark.

LifeWorks’ latest monthly index is based on an English and French survey with 3,000 responses collected online between May 28 and June 4, 2021. All respondents reside in Canada and were employed within the last six months, according to the index.

The HR company, formerly known as Morneau Shepell, says the data has been “statistically weighted” to ensure the regional and gender composition of the sample reflects Canada’s population.

LifeWorks added that online surveys cannot be assigned a margin of error because they do not randomly sample the population.