You Are Here Home Health News Use of forceps, vacuum during childbirth has higher rates of physical trauma, study finds 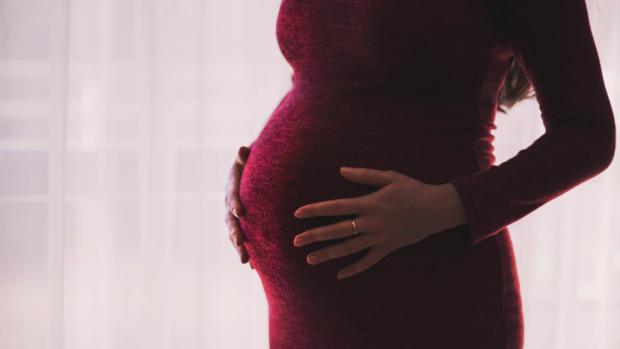 Researchers of a new study that looked at more than 1.3 million deliveries in Canada are calling for childbirth guidelines to be reviewed after finding that the use of forceps or a vacuum in labour was associated with a higher degree of trauma for the mother and the child than previously thought.

According to the study, there was physical trauma to the mother such as perineal tears in more than one in four deliveries that used forceps.

The study, published Monday in the Canadian Medical Association Journal, looked at deliveries of babies that occurred across Canada between April 2013 and March 2019. The data was drawn from the Canadian Institute for Health Information’s Discharge Abstract Database, which includes information on almost every hospital delivery in Canada, excluding those in Quebec.

Researchers focused on single-infant births (meaning no twins or quintuplets) that took place in hospitals to parents who had not had a previous cesarean.

Forceps are curved metal tools that look like tongs, which gently fit around the baby’s head in order to assist in moving the baby or pulling to assist in the delivery.

Vacuum-assisted delivery entails a doctor attaching a cup with a vacuum pump to the top of the baby’s head in order to help guide the baby out of the birth canal while the mother pushes with contractions.

“In our study, OASI occurred in 87 per cent of deliveries with maternal trauma following OVD and accumulating evidence shows the severe long-term consequences of these injuries, such as urinary and fecal incontinence, dyspareunia and other pelvic floor disorders,” researchers stated in the paper.

These types of injuries can have a severe impact on the parents’ life and wellbeing.

When a doctor decides to use forceps or vacuum to assist in labour, it’s called operative vaginal delivery (OVD). It can happen in the second stage of labour if the medical experts assisting in the delivery believe that there is a risk to the baby or to the mother, or the labour is not progressing, and it can serve as an alternative to a cesarean.

There are guidelines set out to help doctors know when to turn to OVD or not, and according to the study, deliveries with forceps or vacuum made up around 10-15 per cent of recent deliveries in Canada, Australia and the U.K.

When it came to neonatal injuries — injuries to the baby — forceps and vacuum had similar rates, the study found, with around one per cent of deliveries using these methods resulting in some form of injury.

The most common neonatal injury, injury to the peripheral nervous system, was slightly more common in deliveries using forceps.

Trauma rates varied widely depending on the region as well. In British Columbia, Alberta and Ontario, maternal trauma associated with forceps delivery was significantly higher.

The level of training that doctors receive plays a big role into the risk levels of maternal and neonatal trauma associated with OVD, researchers in the January study stated.

“The risk associated with OVD is heavily dependent on the health provider’s expertise, and the declining use of OVD (in favour of cesarean delivery) has reduced opportunities for acquiring proficiency in performing these deliveries, especially with forceps,” the study reads. “As a result, OVD is under scrutiny in the face of reports of rising rates of maternal and neonatal trauma with OVD and of concerns regarding the relative safety of forceps versus vacuum.”

The researchers stated that morbidity associated OVD needs to be compared to other alternatives such as cesareans or extended labour.

“Although OVDs may be associated with low rates of morbidity in carefully selected circumstances, the high rates of trauma following forceps and vacuum deliveries, documented across regions, levels of obstetric care and hospitals, show that such ideal conditions do not apply to obstetric practice in Canada,” the study concluded.

What NYC Dog Owners Should Know About Leptospirosis

After a Mastectomy, Moving Between Gratitude and Grief

Do you wishcycle? If so, you’re actually not helping to recycle.