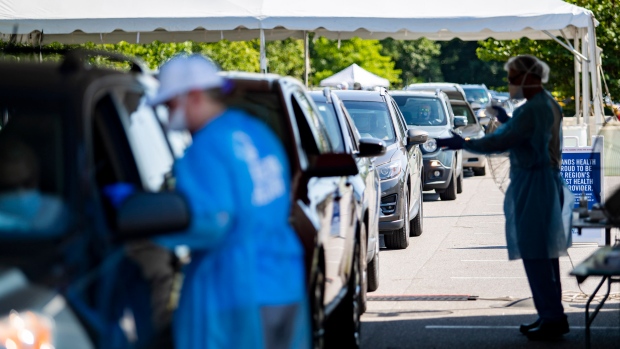 COLUMBIA, S.C. — A new coronavirus variant identified in South Africa has been found in the United States for the first time, with two cases diagnosed in South Carolina, state health officials said Thursday.

The arrival of this variant now surging in other countries “is an important reminder to all South Carolinians that the fight against this deadly virus is far from over,” Dr. Brannon Traxler, DHEC Interim Public Health Director, said in a statement. “While more COVID-19 vaccines are on the way, supplies are still limited. Every one of us must recommit to the fight by recognizing that we are all on the front lines now. We are all in this together.”

Viruses are constantly mutating, with coronavirus variants circulating around the globe, but scientists are primarily concerned with the emergence of three of them. Other variants first reported in the United Kingdom and Brazil were previously confirmed in the U.S. Researchers believe these three variants may spread more easily, and predicted it was only a matter of time before they appeared here.

Also, scientists last week reported preliminary but troubling signs that some of the recent mutations may modestly curb the effectiveness of two current vaccines, although they stressed that the shots still protect against the disease. And there are signs that some of the new mutations may undermine tests for the virus and reduce the effectiveness of certain treatments.

The coronavirus has already sickened millions and killed more than 400,000 people in the United States.

While some European countries do extensive genetic testing to detect these variants, the U.S. has done very little of this detective work. But scientists have been been quickly trying to do more, and they’re spotting these apparently more contagious variants as they do.

The U.S. Centers for Disease Control and Prevention has reported at least 315 cases of the U.K.-discovered variant in the United States. Those reports have come from at least 28 states, and health officials believe it could become the dominant strain in the U.S. by March. That variant has been reported in at least 70 countries.

The first U.S. case of the variant found in Brazil was announced earlier this week by health officials in Minnesota. It was a person who recently travelled to that South American nation. That version of the virus has popped up in more than a half-dozen countries.

The variant first found in South Africa was detected in October. It since then has been found in at least 30 other countries.

Some tests suggest the South African and Brazilian variants may be less susceptible to antibody drugs or antibody-rich blood from COVID-19 survivors, both of which help people fight off the virus.

Health officials also worry that if the virus changes enough, people might get COVID-19 a second time.

President Joe Biden on Monday reinstated COVID-19 travel restrictions on most non-U.S. travellers from Brazil, the U.K. and South Africa. And the Centers for Disease Control and Prevention is recommending that Americans do not travel at this time.