You Are Here Home Health News W.H.O. experts investigating the origin of the virus visit a lab in Wuhan. 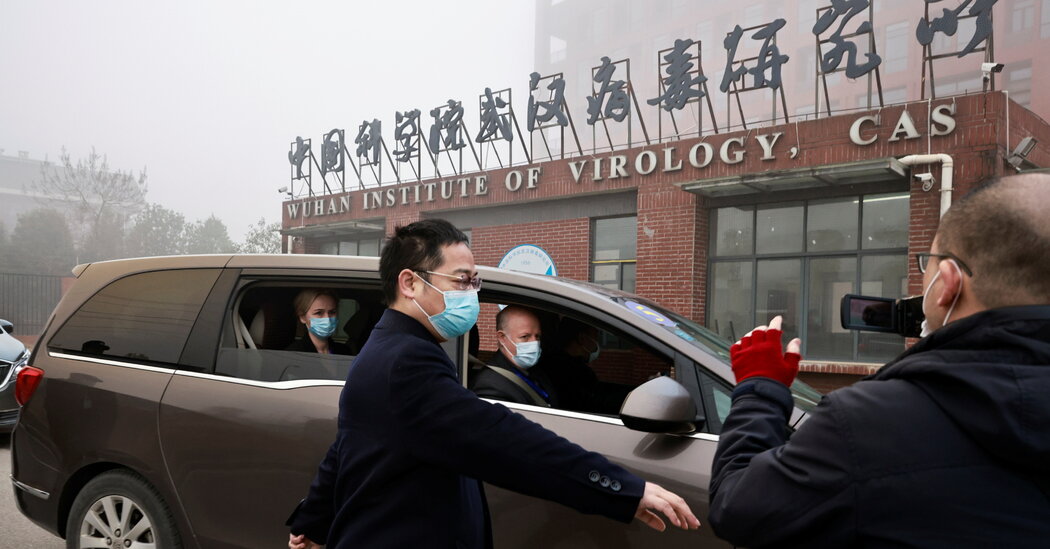 A team of experts from the World Health Organization investigating the origins of the pandemic visited a research center in Wuhan, China, on Wednesday that has been a focus of several unfounded theories about the coronavirus.

The W.H.O. scientists met with staff members at the center, the Wuhan Institute of Virology, which houses a state-of-the-art laboratory known for its research on coronaviruses.

The institute came under scrutiny last year as the Trump administration promoted the unsubstantiated theory that the virus might have leaked from a government-run laboratory in China. But many senior American officials have said in private that evidence pointing to a lab accident is mainly circumstantial.

Most scientists agree that the coronavirus most likely emerged in the natural world and spread from animals to humans. Peter Daszak, one of the experts on the W.H.O. team, described the conversation on Wednesday at the Wuhan institute as candid. “Key questions asked & answered,” he wrote on Twitter, without providing details.

One of the people the W.H.O. team met was Shi Zhengli, known as China’s “Bat Woman” for her study on coronaviruses found in bats. In June, Dr. Shi had expressed initial fears that the virus could have leaked from the lab, according to an interview with the Scientific American. Later, checks showed that none of the gene sequences had matched the viruses that staff members were studying.

Separately, China announced on Wednesday that it would provide 10 million Covid-19 vaccines to Covax, a global body established to promote equitable access to coronavirus inoculations.

The decision is “another important measure taken by China to promote the fair distribution of vaccines,” said Wang Wenbin, a Foreign Ministry spokesman.

He also said that the World Health Organization had started reviewing the emergency authorization of vaccines. It was unclear which vaccines Mr. Wang was referring to. Two vaccines — manufactured by the Chinese companies Sinovac and Sinopharm — have been approved for use in China.