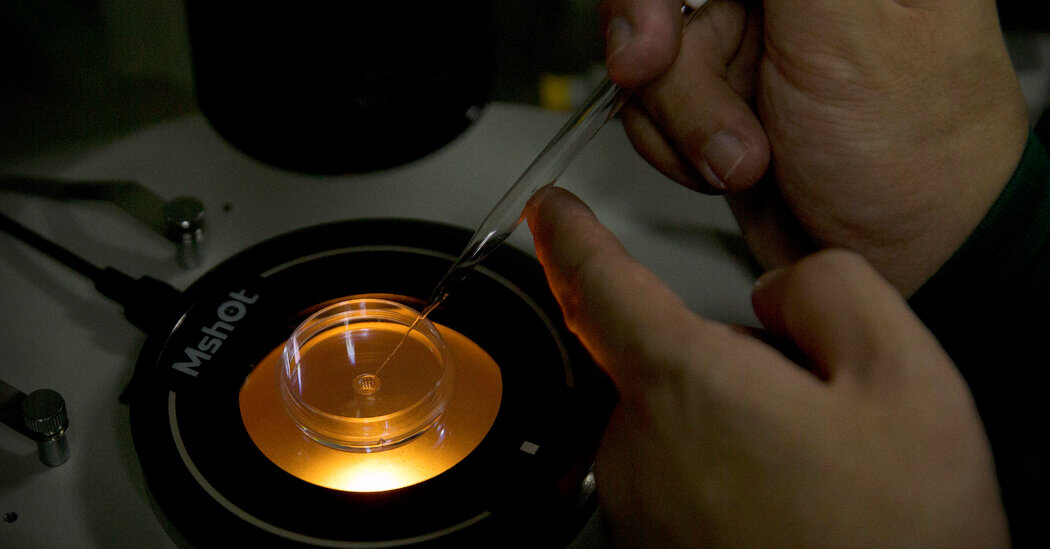 A committee of experts working with the World Health Organization on Monday called on the nations of the world to set stronger limits on powerful methods of human gene editing.

Their recommendations, made after two years of deliberation, aim to head off rogue science experiments with the human genome, and ensure that proper uses of gene-editing techniques are beneficial to the broader public, particularly people in developing countries, and not only the wealthy.

“I am very supportive,” said Dr. Leonard Zon, a gene therapy expert at Harvard University who was not a member of the committee, but called it a “thoughtful group.” Recent gene-editing results are “impressive,” he said, and the committee’s recommendations will be “very important for therapy in the future.”

The guidelines proposed by the W.H.O. committee were prompted in large part by the case of He Jiankui, a scientist in China who stunned the world in November 2018 when he announced he had altered the DNA of human embryos using CRISPR, a technique that allows precision editing of genes. Such alterations meant that any changes that occurred in the genes would be replicated in every cell of the embryo, including sperm and egg cells. And that meant that the alterations, even if they were deleterious instead of helpful, would arise not just in the babies born after gene editing but in every generation their DNA was passed on to.

Dr. He’s goal was to alter the DNA of babies in an attempt to make them genetically unable to contract H.I.V. from their parents. A court in China determined he had forged ethics documents and misled subjects in the experiments who had not realized what his gene-editing experiment consisted of. He was sentenced to three years in prison in December 2019.

The fact that such an experiment, known as germline editing, could take place raised the question of how to control gene editing and how to be sure it was used to benefit people.

The W.H.O. standards say that Dr. He’s use of germline editing was unacceptable and that it is irresponsible to even consider using it now. But other sorts of gene editing are a different story.

Scientists already are attempting gene editing to correct the mutation that causes sickle cell disease. The edited gene would be in blood-forming bone marrow cells of people who have the disease, not in sperm or egg cells, so the changes would not be passed down through the generations. But even that use of CRISPR raises other questions.

The W.H.O. committee described an invented scenario where researchers from a rich country want to do a clinical trial of sickle-cell gene editing in sub-Saharan Africa, where the disease is prevalent. If the trial succeeds, the gene-editing treatment would be too expensive for all but very few citizens of the country where it is to be tested.

Another hypothetical situation involves a gene-editing trial to correct a gene mutation that causes Huntington’s disease, a progressive brain disorder. People who inherit the mutated gene will develop Huntington’s disease with absolute certainty. If the gene-editing experiment succeeds, it may spare them that horrific disease. And because the editing does not involve sperm and eggs, the changes will not be heritable.

But it would take years, perhaps even decades, to know if study participants whose genes were edited were protected from Huntington’s disease. Participants would not be freed of the terrible fear that, despite the gene editing, they might still develop the fatal brain disease.

In such a scenario, the W.H.O. group asked if there were more rapid ways of assessing the treatment’s effectiveness. It also proposed that researchers consider the psychological burden on participants who are left hoping they are cured but not knowing for sure.

Yet gene editing is here and holds enormous promise, the committee said. The W.H.O. has started a registry of studies underway and says it already includes 156 experiments involving genes that are not in sperm or eggs.

The W.H.O. committee stressed that each country must have guidelines to be sure the research is conducted ethically and with appropriate oversight, and with conditions in place to ensure access and social justice. With the costs of treatment expected to be very high, at least at first, the group said the goal must be to ensure that the benefits of gene editing accrue equitably to people around the world.

“That is not an easy challenge,” said Françoise Baylis, a committee member who is a medical ethics researcher at Dalhousie University in Halifax, Nova Scotia.