When epidemiologist Susan Kirkland opened a Halifax newspaper on Saturday, she was stunned.

“Oh, no,” the head of public health and epidemiology at Dalhousie University thought to herself. “Please don’t be anti-vaxxers or anti-maskers.”

As Kirkland read further, she realized they weren’t related to the pandemic at all.

One was a rally for alleged victims of a pediatric dentist, a second to demand reparations for former residents of Africville and the third was an anti-war protest about an upcoming security conference.

The situation in the Atlantic bubble has been like night and day from the rest of Canada.

The four Atlantic provinces have managed to control the spread of COVID-19 through tight border restrictions, strict isolation of travellers and comprehensive tracing of outbreaks.

But Kirkland says much of the credit also belongs at an individual level.

“I do feel like the response from the public in the Atlantic region is different than other parts of the country,” she told CBC News.

“I think there’s also a certain amount of pride that we have been able to maintain the bubble, and I don’t think that people want to see it change.”

But it has changed, put on hiatus with the news Monday that Prince Edward Island and Newfoundland and Labrador were pulling out of the bubble due to rising COVID-19 cases in New Brunswick and Nova Scotia.

Nova Scotia reported 37 new cases of COVID-19 Tuesday, its most in a single day since April 23.

“I am worried. I think that we’re on the brink and at a very, very critical juncture,” Kirkland said. “This is the point where we either make it or break it. We’ll keep numbers low or they will, like everywhere else, just begin to escalate and skyrocket.

“The window is narrowing — but we still have the potential to get it under control.”

Elsewhere in the country, people are facing a much different situation.

Alberta is seeing COVID-19 cases skyrocket at an unprecedented rate, rising to more than 1,500 per day and even outpacing provinces such as Ontario despite only having a third of the population.

“I’ve been worried for many weeks now,” said Dr. Leyla Asadi, an infectious diseases physician in Edmonton. “I don’t know what the next two weeks will bring.”

Asadi says the situation in Alberta isn’t a result of individuals not following public health guidelines necessarily, but instead reflects that the province has been a victim of its own success.

When COVID-19 cases dropped to relatively low numbers in the summer, there was a reluctance to act on the part of the provincial government.

“We had great success and maybe that resulted in our leadership questioning the models and, because crisis was averted, perhaps they thought that the models just weren’t accurate,” she said.

“We’ve squandered our sacrifices from the summer, and now we’re in a really tough place.”

Premier Jason Kenney declared a state of emergency in Alberta Tuesday and implemented new public health measures to address the rising COVID-19 case numbers across the province, but stopped short of a lockdown.

Most indoor social gatherings are prohibited, while outdoor gatherings, weddings and funerals can have a maximum of 10 people. Masks are also mandatory in all indoor work places in Calgary and Edmonton, but not provincewide.

Unlike Nova Scotia, which instituted mandatory mask mandates on July 24 — a day when it reported no new cases — Alberta has hesitated. 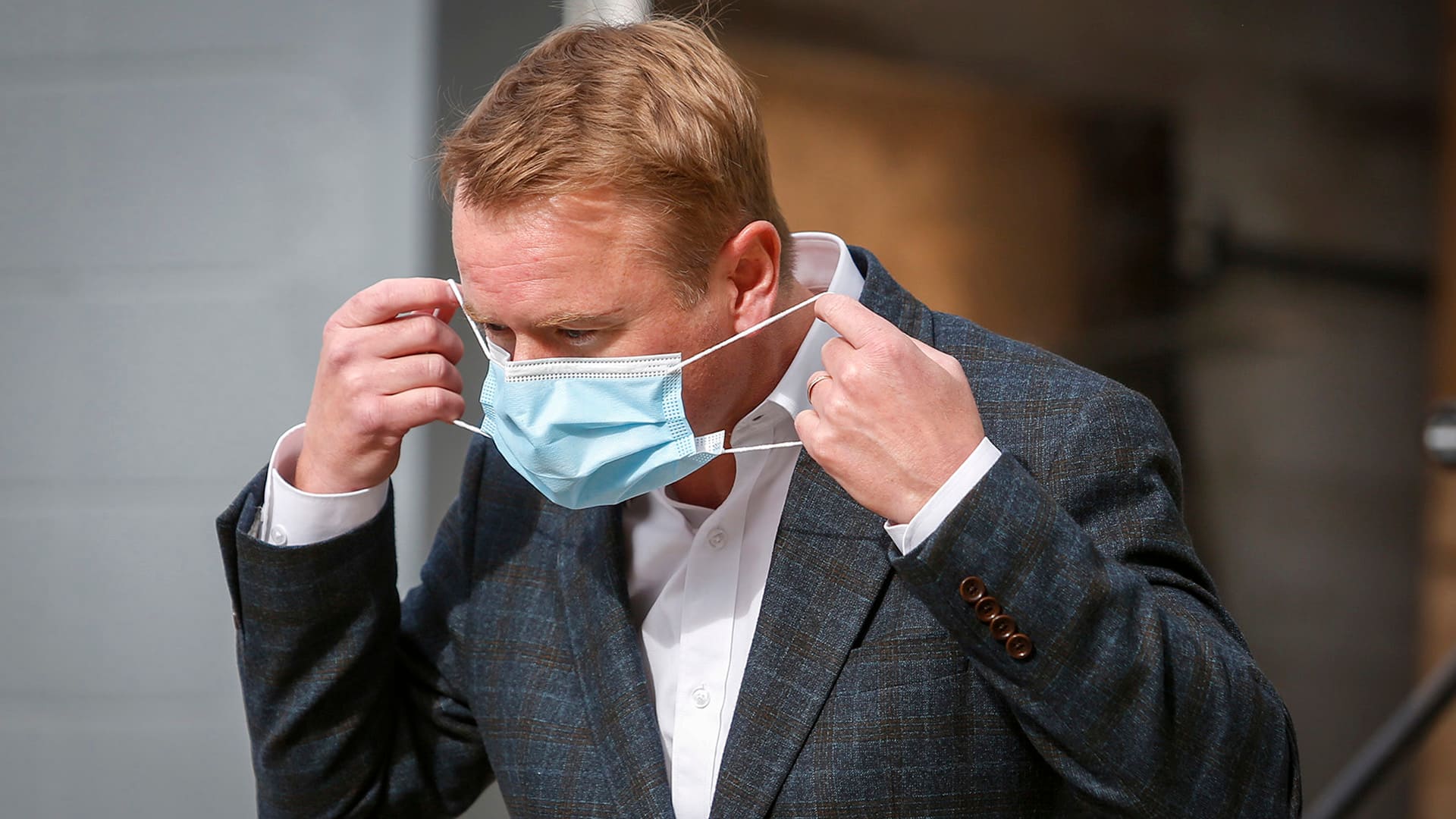 Alberta’s daily reported COVID-19 cases now rival Ontario’s for the highest in the country, even though it has a third of the population. The province’s resistance to restrictions may be crumbling, but Alberta’s top doctor says a surge in hospitalizations is inevitable as cases ‘snowball.’ 2:02

Asadi, who was part of a group of experts who penned a letter to provincial leaders last month calling on them to put in place stricter restrictions, said before Kenney’s announcement that masks are “low-hanging fruit.”

“Having masks mandated provincially, that’s not going to negatively impact the economy in any way,” she said.

“If we act earlier then the measures can be more targeted and can be shorter in time. But now, I can’t see anything other than a strict lockdown getting us out of trouble — and it won’t even get us out of trouble.”

Reluctance to act ‘early and hard’ reason for surge

COVID-19 is spiralling out of control in many parts of the country, with a record high 5,713 cases in a single day this week.

Ontario and Manitoba also announced all-time high numbers of new COVID-19 cases, and millions of Canadians were plunged back into strict lockdowns in different parts of the country.

In response, Canada’s chief public health officer said provinces and territories need to be more proactive — and act sooner rather than later. 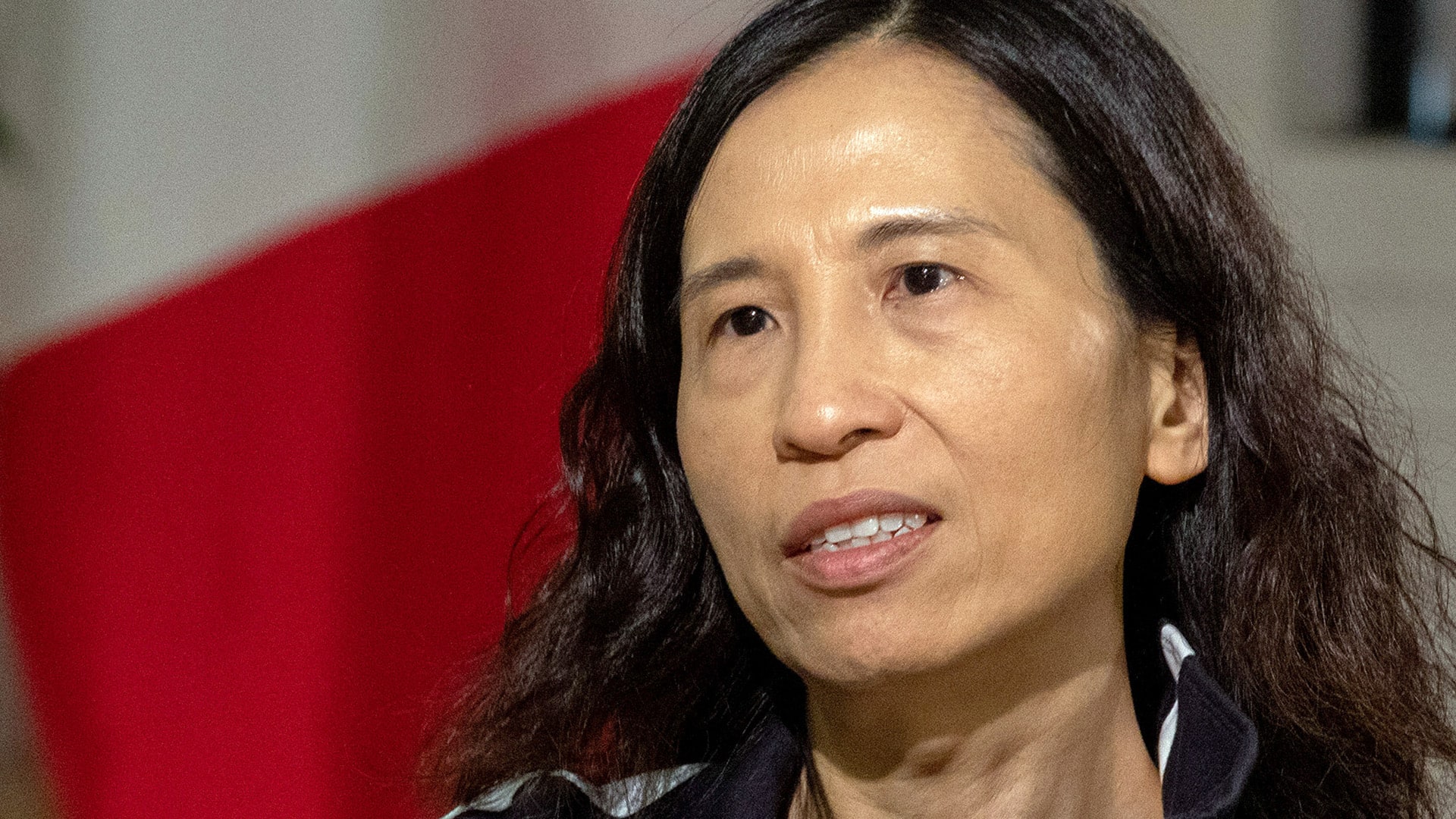 Canada’s Chief Public Health Officer Dr. Theresa Tam talks to The National’s Andrew Chang about the holiday season and getting to the end of the COVID-19 pandemic. 6:31

It’s not only the number of cases that are worsening; it’s who is being infected.

“The other huge problem that we have now are the inequities associated with this pandemic,” said Dr. Allison McGeer, an infectious disease physician with Sinai Health System in Toronto.

“Part of the reason I think that we’re not paying as much attention as we should be to the harm is that the harm is not predominantly occurring to the people in power in our society.”

McGeer is watching the worsening outbreaks across Canada through the eyes of a microbiologist who has decades of experience in infection prevention and control.

“I’m a little bit worried about what’s going to happen in Alberta,” McGeer said. “I think we’ll be cancelling surgery again, probably in order to cope with the ICU load three or four weeks from now.”

Surgeries such as hip and knee replacements could be cancelled down the road, as it can take up to two weeks for symptoms of COVID-19 to appear.

“The reason we’re having this surge is because we kept things open longer than we should have,” she said.

“The more cases you have when you act, the longer it takes to slow down and regain control and the more trouble you’re in going forward. So if we had put in measures two weeks before we did, then we might not be cancelling surgery.”

McGeer also acknowledges that politicians in Canada can only re-introduce safety measures when their citizens are behind them.

“If politicians move and they don’t have the population with them, then it’s not going to work either.”

“It’s very clear that if we had been able to start this outbreak early and hard with preventive measures, if we’d been able to do the contact tracing, if we’d been willing to put people up in hotels for quarantine, we might be where Newfoundland is now,” she said. “And that has huge rewards.”

Those tantalizing rewards could help reinvigorate Canadians outside the Atlantic provinces who face a resurgence of COVID-19 cases and the hospitalizations and deaths that could follow the holiday season.

“I get how tired people are; I’m tired of it myself. But this is not about being tired,” McGeer said. “We just need to hold on until we can get vaccines, right? And they are coming.”