You Are Here Home Health News What concerns are behind vaccine hesitancy in Canada? New research surfaces underlying worries 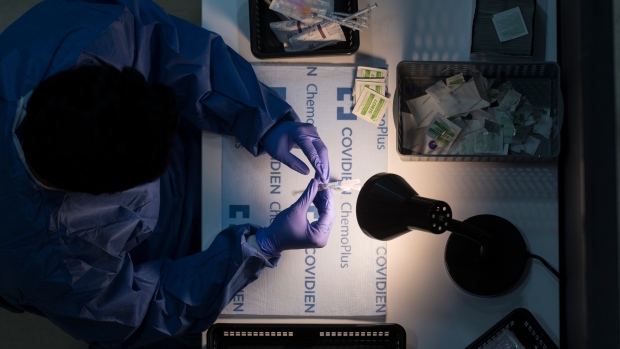 TORONTO — Safety is the most common reason Canadians have expressed vaccine hesitancy on Twitter, but it’s far from the only one, a new study suggests.

Researchers in Ontario and B.C. searched Twitter for examples of Canadian users conveying skepticism or hesitancy around COVID-19 vaccines. Out of nearly 4,000 tweets that included the terms “COVID” and “vaccine,” they found 605 that they were able to classify as indicative of vaccine hesitancy.

Various surveys have estimated that between 70 and 75 per cent of Canadians planned to inoculate themselves against the novel coronavirus as of late March. That number is notably lower among people of certain visible minorities, particularly Black Canadians, as well as those living in rural and lower-income areas.

There has been little data on what is driving vaccine hesitancy – something the researchers attempted to address by studying publicly available tweets.

“If we know what in particular people are hesitant about, we can tailor our strategies to increase vaccine confidence and mitigate misinformation,” lead researcher Janessa Griffith, a PhD candidate in medical science at the University of Toronto and Women’s College Hospital, told CTV News Channel on Tuesday.

Griffith and her team were able to categorize the vaccine-hesitant tweets into six distinct categories.

The largest category was tweets expressing concern about the safety of the vaccine. Nearly half of the 605 tweets – 292, or 48 per cent – displayed fears “that the vaccine would cause more harm than good,” as the researchers put it in the study. Specific safety-related worries included concerns around its accelerated development and testing process, and apprehension based on reports of rare adverse reactions during clinical trials.

Another 196 tweets, or nearly one-third of the 605 studied, contained what the researchers classified as political skepticism – conspiracy theories about the vaccine’s purpose being to exert government control, or about it being rushed to market too fast because of political goals or pharmaceutical firms’ desire to make money.

More than one-quarter of the tweets displayed what the researchers considered to be basic medical illiteracy, such as stating that taking a vaccine with a 95 per cent efficacy rate is unnecessary when 99 per cent of those infected with COVID-19 survive.

Griffith told CTV News Channel that the analyzed tweets had included a more recent uptick in sentiment around misinformation about whether those who have already been infected with COVID-19 should be vaccinated.

“People felt like if they already had COVID, that they didn’t need to receive the vaccine. People had a preference for natural immunity,” she said. While studies have shown that contracting COVID-19 does leave some degree of natural immunity, it is not yet clear for how long that can last.

Reasons for vaccine hesitancy found less often in the tweets include some authority figures seeming not to receive the vaccine as soon as they were eligible (eight per cent), lack of trust in the vaccine based on past health-care discrimination against non-white populations (four per cent), and concerns that vaccine recipients might not be able to take legal action against drugmakers in the event of side-effects (three per cent).

The researchers say their findings could be used by health authorities to better respond to vaccine hesitancy by addressing the specific issues underpinning that skepticism.