You Are Here Home Health News What does it mean when the WHO declares a pandemic? 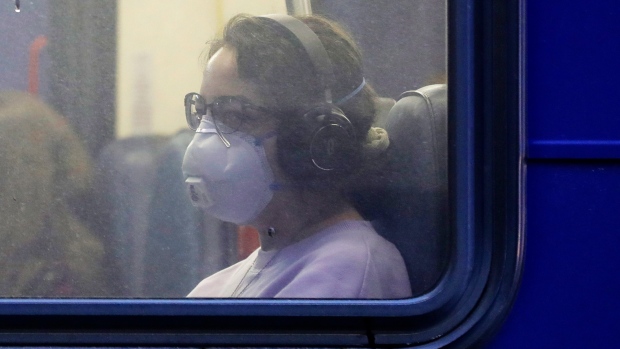 TORONTO — The World Health Organization is now calling the COVID-19 outbreak a pandemic and calling for urgent and aggressive action around the world.

But the global health agency still thinks this coronavirus outbreak can be contained.

“Pandemic is not a word to use lightly or carelessly. It is a word that, if misused, can cause unreasonable fear, or unjustified acceptance that the fight is over, leading to unnecessary suffering and death.”

He said calling the situation a pandemic doesn’t change his organization’s assessment of the threat posed by this coronavirus or the response needed by health authorities.

He said the global organization came to the conclusion that the outbreak has moved into a pandemic stage because the number of cases of COVID-19 outside China has increased 13-fold and the number of affected countries has tripled.

The WHO has final say on whether worldwide epidemics have reached pandemic proportions. But that is not a cut-and-dry issue. SARS in 2003 was never declared a pandemic, though it spread to 26 countries because it was relatively quickly contained.

The highest declaration level in an infectious disease outbreak is a public health emergency of international concern. The WHO declared that for COVID-19 on Jan. 30.

Declaring a pandemic doesn’t grant the WHO additional powers, but it indicates the health authority no longer believes the disease is containable within a specific region or regions. It also signals that countries should shift to focusing on coping with COVID-19, rather than containment measures, such as overly traveller screening and quarantines.

Ghebreyesus pointed out that 81 countries have not reported any COVID-19 cases, and 57 countries have reported 10 cases or fewer. As well, China and Korea, which had severe outbreaks, now have significantly declining numbers.

He stressed that this pandemic can be controlled. Ghebreyesus said that some countries are struggling with lack of capacity or resources, but others are lacing the resolve to act.

“We cannot say this loudly enough, or clearly enough, or often enough: all countries can still change the course of this pandemic.”

He says that requires scaling up emergency response, finding and isolating every COVID-19 case and tracing all contacts, and training all health workers.

Calling the COVID-19 epidemic a pandemic can increase alarm about the virus, and that’s not necessarily a bad thing, says the author of a book about the psychology of pandemics.

“If you call something a pandemic, it does heighten anxiety and that could lead to excessive anxiety in some people. But some degree of anxiety is a good, healthy thing because it will mobilize people to do things to protect themselves,” said Steven Taylor, a professor of psychiatry at the University of British Columbia and a clinical psychologist, in a Feb. 26 interview with CTVNews.ca.

Taylor said that among the challenges for the WHO in making Wednesday’s announcement is that the definition of a pandemic is a “fuzzy concept.” There is no set criteria for speed, scope, or severity of outbreak that triggers calling an infectious disease a pandemic.