Obtaining the Campaigns list from the server has failed!
Server response:
CM Ad cahger Server plugin is not active on https://legendarygroup.co/admanager/
You Are Here Home Health News What You Don’t Know About Food Allergies 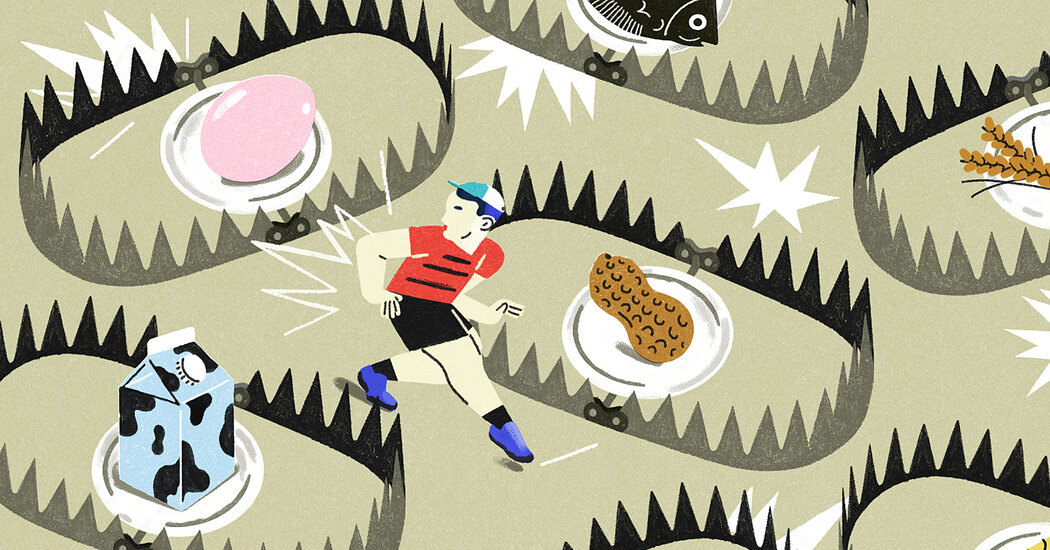 The prevalence of serious food allergies ranges from 10 percent in 2-year-olds and 7.1 percent in children 14 to 17 to 10.8 percent in adults 18 and older. Although allergies to milk, eggs, wheat and soy in infants and young children are frequently outgrown, others in the Big 9 are nearly always lifelong. And people who were allergy-free as youngsters do not necessarily remain so. New food allergies can develop at any age.

According to Dr. Scott H. Sicherer, allergist at the Icahn School of Medicine at Mount Sinai in New York, and co-authors, “Remarkably, approximately half of U.S. food-allergic adults report developing at least one of their food allergies during adulthood, with shellfish allergy responsible for the largest number of such cases.”

The only real food allergies are adverse immunological responses, Dr. Sicherer explained. The body reacts to an otherwise innocent food as if it were a life-threatening infection and launches a full-scale offensive. Symptoms may include hives, trouble breathing, vomiting or anaphylaxis — a severe, potentially fatal shock reaction that occurs within seconds or minutes of exposure to an allergen, sometimes in only tiny amounts. That is why most airlines no longer offer peanuts to fliers — a mere sprinkling of peanut dust can prove fatal to some people with peanut allergies.

More than 40 percent of food-allergic children and half of food-allergic adults experience at least one severe reaction in the course of their lives. Among those allergic to one or more of the Big 9 allergens, severe reaction rates exceed 27 percent, with peanut allergy leading the list at 59.2 percent among children and 67.8 percent among adults who are allergic to peanuts.

Still, many people who think they have a food allergy actually don’t when they’re tested with a blind oral challenge, in which foods are tested under medical supervision to see if a child reacts, the gold standard for diagnosing food allergies. Others incorrectly consider all kinds of adverse reactions to foods — from stomach upset to headache — to be allergies. Food intolerance, for example to lactose, the natural sugar in milk, is not an immune reaction but rather results from deficiency of the enzyme lactase. Many Asians develop redness and flushing when they consume alcohol because they lack an enzyme to digest it. Other people may think they’re allergic because they experience druglike reactions, like extreme jitteriness from the caffeine in coffee and tea.

Sometimes, long-term avoidance of a food can result in an allergic reaction when that food is eventually consumed. This can happen to children with skin allergies who avoid milk; they may later experience an allergic reaction when they finally consume it. Occupational exposures, the use of skin care products, even tick bites can sometimes result in adult-onset food allergies if there is cross-reactivity to an allergenic substance in both.

And while in years past allergy-prone families were advised to avoid exposing their children to peanuts until age 3 (advice that is likely to have contributed to the current explosion of peanut allergies in children), it now appears that early introduction — at 6 months — of a highly allergenic food is actually protective, diminishing the risk of a later-in-life reaction, Dr. Sicherer said.