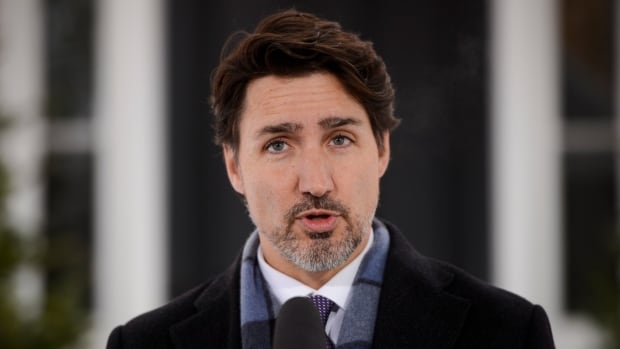 The application process is scheduled to open in early April, with individual income support payments amounting to about $2,000 a month expected to flow about 10 days later. The benefits will be available for four months.

The government is streamlining the financial support regime as it struggles to cope with an unprecedented volume of employment insurance claims.

The new program collapses two previously announced benefits — the Emergency Care Benefit and the Emergency Support Benefit — into one.

The Canada Emergency Response Benefit (CERB) offers income support for up to 16 weeks to those who lose pay because of the pandemic. A government news release says the “simpler and more accessible” program will cover Canadians who lost their jobs, got sick, are under quarantine or have to stay home because of school closures.

Who qualifies for CERB?

Prime Minister Justin Trudeau said Wednesday that nearly one million people have applied for EI in the last week alone. In his daily address to the nation from his residence at Rideau Cottage, he acknowledged that many Canadians are feeling stressed about paying their bills as they lose income due to the global pandemic.

“The hard truth is people are out of work because of this crisis and worried about what comes next. So I want you to know that we’ll be there to help you. Our government is doing everything we can to be there for you,” he said.

Prime Minister Justin Trudeau announces that the Canada Emergency Response Benefit will provide $2,000 per month for the next four months to workers losing income as a result of COVID-19. 1:30

If the federal government determines that someone received an income support payment for which they did not qualify, they will have to repay that amount as soon as they can.

The repayment amount will be determined by the government. No interest payments would be charged on the amount owed.

How do people apply?

“The EI system was not designed to process the unprecedented high volume of applications received in the past week. Given this situation, all Canadians who have ceased working due to COVID-19, whether they are EI-eligible or not, would be able to receive the CERB to ensure they have timely access to the income support they need,” said the government news release.

Trudeau said the government is redeploying 1,300 staff from other departments to process the claims and to handle queries from Canadians.

What about those already collecting EI?

Canadians already receiving employment insurance (EI) regular benefits and sickness benefits will, as of today, continue to receive those benefits and should not apply to the CERB.

Canadians who already have applied for EI and whose application has not yet been processed don’t need to reapply.

Canadians who are eligible for regular EI and sickness benefits can still access those benefits if they’re still unemployed after the 16-week period covered by the CERB.

How much is the package worth?

The CERB is part of a suite of measures in new legislation introducing a $107-billion emergency response program. That  legislation, passed by the Senate today, includes $52 billion in supports and another $55 billion in tax deferrals. It passed in the House of Commons early today after tense negotiations between the political parties.

The bill, as initially pitched, was worth about $82 billion, but Finance Minister Bill Morneau said Wednesday the price tag  increased sharply to $107 billion because the new Canada Emergency Response Benefit will be available to more people.

What do businesses want from the government?

Dozens of Canadian business groups are calling on governments to make a “national effort” to protect jobs and keep essential goods moving during the COVID-19 crisis — one that would include direct income supports for laid-off employees.

In a joint statement issued Wednesday, more than 60 organizations representing a range of industries — including energy pipelines, breweries, aviation, medicines and forestry — call the proposed 10 per cent wage subsidy a “step in the right direction,” adding more must be done to help businesses and workers through the pandemic.

“Canadian businesses are ready and able to step up to overcome the challenge of COVID-19. We will work to ensure that Canadians have the food to feed their families, the fuel to heat our homes and to keep essential services moving, the equipment and facilities to treat the sick and the communications systems that unite us even as we are kept apart from one another,” reads the statement released by the Canadian Chamber of Commerce.

“To win this fight, we need every possible human and financial resource and we must be able to focus all of our attention on this struggle.”

The groups want governments to provide more direct funding for employees, and point to other countries that have offered to cover as much as 80 per cent of the incomes of employees whose jobs are threatened by the health emergency.

“We encourage the government to backstop the economy by implementing income supports at similar levels as Denmark and the United Kingdom,” the statement reads.