You Are Here Home Health News When Retirement Comes Too Early 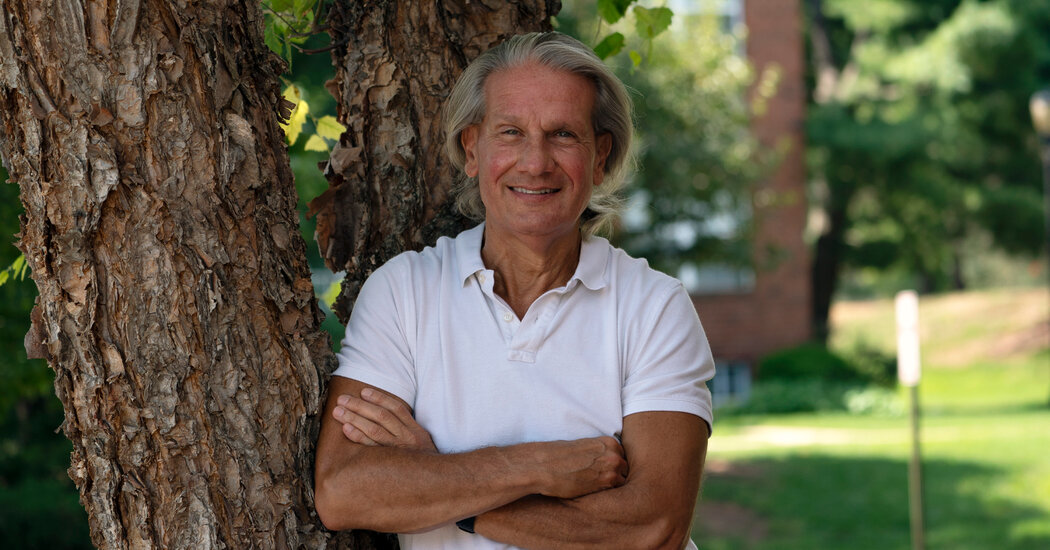 Joey Himelfarb estimates that in his 25 years in sales, hawking everything from Hewlett-Packard computers to cars and swimming pools, he has been laid off or downsized at least a half-dozen times.

The most recent occasion came in April, when he got a call from the chief executive officer of the start-up in northern Virginia that had hired him 10 months earlier. The company sells systems that extract data from video. Mr. Himelfarb worked remotely from his apartment in Belle Mead, N.J. “I was working my tail off,” he said. “We were busy.”

But now, the boss told him, because of the coronavirus pandemic, the company could no longer afford his mid-five-figure salary.

But Mr. Himelfarb, 61, has never been unemployed for this long. He managed financially as long the federal relief program supplemented his $346 weekly unemployment check with an additional $600. That extra support has ended, forcing him to dip into his savings.

Economists who study the employment and retirement of older Americans are worried about people like him. Once, older workers benefited from a so-called experience premium: Because of their years on the job, they earned more than younger employees and were less likely to be laid off during downturns. But “the premium has been shrinking over time,” said Richard Johnson, an economist at the Urban Institute who studies employment and retirement among older adults.

Even before the pandemic, the position of this group had become precarious. An Urban Institute study that followed about 2,000 older workers from 1992 to 2016 found that about half suffered involuntary job separations, despite the sample having stable full-time employment and higher education levels than most adults in their 50s and above.

The coronavirus and the resulting recession have intensified their job insecurity, said Teresa Ghilarducci, a labor economist at the New School. “It accelerated the trend toward involuntary retirement — a polite way of saying ‘being pushed out of the labor market.’”

The New School’s Retirement Equity Lab reported in early August that 2.9 million workers ages 55 to 70 had left the labor market since March — meaning that they were neither working nor actively job-hunting — and projected that another 1.1 million might do so by November. “They’re exiting the labor force at twice the rate they were during the Great Recession” of 2007 to 2009, Dr. Ghilarducci said.

In July, more than 9 percent of workers over age 65 were unemployed, according to an Urban Institute analysis of Bureau of Labor Statistics data. Using a broader definition, including those employed part time who would prefer full-time positions and those not working for other reasons, the proportion rises to 16.5 percent — a sharp decline from the spring, but still a sobering number.

Unemployment rose higher still for older women, Black and Latino workers, and those without college degrees, Dr. Johnson found. “In good times and bad, unemployment is always higher for people of color and people with lower education,” he said. Such disparities “become even more pronounced during a recession.”

Researchers can’t yet say what role health concerns have played in the displacement of older workers. Only about a third can work from home, Dr. Ghilarducci said, so fears of contracting the coronavirus at workplaces may prevent some from returning to work. It’s more likely, she said, that employers are quicker to rehire younger people, who they think will cost less in health benefits and stay on the job longer.

Industries where older workers have been hardest hit include construction, manufacturing, transportation and warehousing, education and other nonprofessional services, the Urban Institute found. In leisure and hospitality, more than a third of workers over 55 lost their jobs.

Among them is Becky Schaffner, 64, who had worked at the Omaha Marriott since the hotel opened 39 years ago, most recently as an administrative assistant in sales, making $16 an hour. “I loved my job,” she said. “Talking to people from all over. Taking care of their needs.”

Ms. Schaffner was furloughed along with most of her co-workers in mid-March, then laid off in July. Now that the $600 federal supplement has ended, her unemployment comes to $338 weekly, making it hard to cover the mortgage on her Fremont, Neb., home.

A knitter and needlewoman, Ms. Schaffner has for years held a part-time job at Michaels, the crafts chain. Working there boosts her morale, she said, but every dollar she earns is deducted from her unemployment.

Several weeks spent submitting online applications have so far yielded three or four no-thanks form letters and one interview that seemed to go well, but the employer hired someone else. “It takes the air out of your balloon,” Ms. Schaffner said.

Job losses at older ages, when there is less time to recover, can cause financial damage that ripples into later life. It takes older workers longer to get rehired, for instance. During the Great Recession, Dr. Johnson has reported, only 41 percent of laid-off workers over age 62 found employment within 18 months, compared with 78 percent of those ages 25 to 49.

After involuntary job separations, only one in 10 older workers ever earned as much again; at age 65, their median household income was 14 percent lower than for those who were not pushed out.

Such patterns have economists predicting downward mobility for the middle class. Lower-income groups have always struggled in retirement and rely on Social Security, Dr. Ghilarducci noted. But if they endure protracted unemployment or involuntary retirement, “it’s middle-class older workers who will draw down their nest eggs,” years before they had planned.

They may tap Social Security early, permanently reducing their benefits. “They also have access to credit and can take a second mortgage or max out a credit card and go into debt,” she added.

She and other economists have urged Congress to again raise unemployment benefits to keep older workers from falling into poverty. Congress could also pass legislation making age discrimination suits easier to win, after a 2009 Supreme Court decision made it more difficult.

Other remedies like increased Social Security benefits and a lowered Medicare age, though helpful, could prove difficult to fund; both programs already need financial reinforcement.

But many older workers already face tough decisions. Ms. Schaffner has scant retirement savings, after a divorce, children’s medical bills and unexpected auto expenses. She had intended to work until 70, to receive the maximum in Social Security benefits and to rebuild her savings.

That is still her plan, but if unemployment stretches on, she said, she might look into taking Social Security before her full retirement age.

Mr. Himelfarb, on the other hand, enjoys working so much that he never wants to retire. As he networks, he maintains his innate optimism by running, swimming and watching reruns of “Frasier.” He has started a side business to coach others through transitions.

“I don’t know what the universe has in store for me,” he said. “I just know it’s good. Annie was right: The sun will come out tomorrow.”