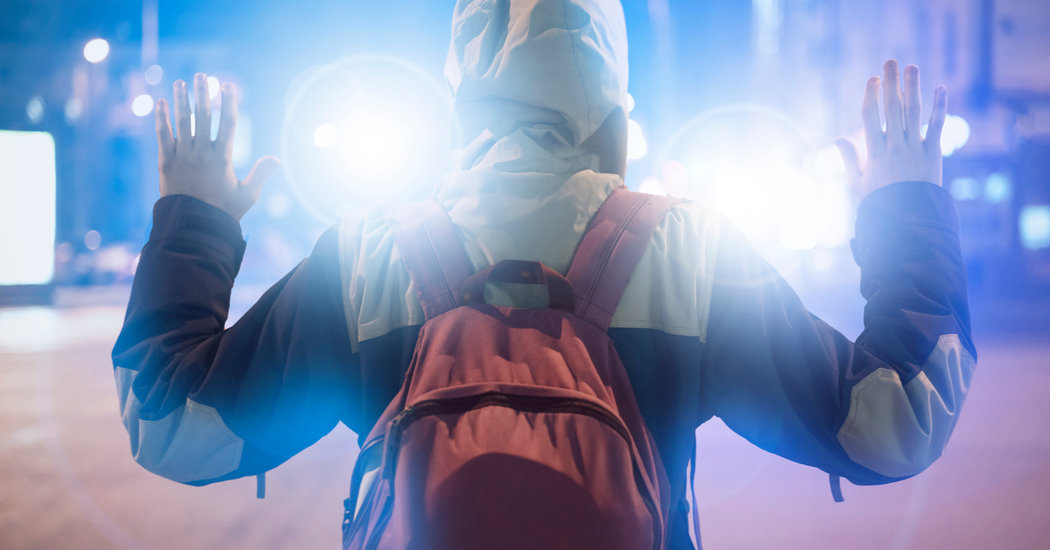 A man in his mid-20s regularly roams the streets of my small town in the middle of the night. He looks angry and doesn’t communicate clearly.

Not everyone living in the area knows him. But the police do.

“His father reached out to us,” said Sgt. Adrian Acevedo of the South Orange, N.J., police department, “to tell us his son is blowing off steam, has special needs, and won’t make eye contact or listen to us. If we didn’t have this information, we could mistakenly take him for a burglar.”

All of South Orange’s police officers are aware of this man’s disability. His name, his parent’s phone numbers, and brief details about his special needs are on file at the South Orange Police Office.

“It’s a smart move,” said Gary Weitzen, executive director of Parents of Autistic Children, a nonprofit based in New Jersey that provides training for parents and educators on how to teach children with autism to respond to people in uniform. The group also hosts workshops for police officers and other officials on how to interact with people with special needs. To date, they’ve trained more than 70,000 police officers, firefighters and ambulance squads in New Jersey.

When Mr. Weitzen’s son Christopher, who has autism, was young, Mr. Weitzen always held his hand when out in public. If he didn’t, Christopher would bolt. “Our friends called our house Fort Weitzen,” he said. “I couldn’t let Christopher out of my sight.”

Today Christopher is 25 and goes out on his own. “It was a lot of training on my part,” Mr. Weitzen said.

Whenever they were out as a family at a community gathering and the police were nearby, Mr. Weitzen would introduce Christopher to the officers. “I want them to know him and for him to feel comfortable around them,” Mr. Weitzen said.

Indeed, in 2016, North Miami police officers shot a behavioral therapist, Charles Kinsey, who was trying to calm down a young man with autism who was holding a toy truck that the officers mistook for a weapon.

The tendency of many people on the autism spectrum to wander can lead to encounters with the police, but Wendy Fournier, president of the National Autism Association, said there are two distinct categories, wandering and elopement, though they are often used interchangeably.

Wandering, she said, is more purposeful and usually happens between ages 4 and 7. “That child will have it in his head that he wants to go swimming or to the park,” she said. “It’s what he wants to do regardless of the safety issues, which can be crossing a busy street without looking so he can get to his destination. It’s hard to stop him.”

In elopement, a child may bolt because of an overwhelming situation such as being around large crowds.

The association has two free downloadable programs with tools to address these issues. The Big Red Safety Box covers wandering and elopement, and the Meet the Police program teaches parents of children on the autism spectrum and children with autism how to interact with the police.

According to a 2017 study from the A.J. Drexel Autism Institute at Drexel University, an estimated one in five teenagers with autism was stopped and questioned by the police before age 21, and 5 percent were arrested. And according to research at the Children’s Hospital of Philadelphia, people with disabilities, including those on the autism spectrum, are five times more likely to be incarcerated than people in the general population, and “civilian injuries and fatalities during police interactions are disproportionately common among this population.”

“The police are not the bad guys,” Mr. Weitzen said. “They need to meet our children and should understand why they may not be able to make eye contact or that they’ll run when ordered to stay put.”

He said that people with autism “may keep their hands in their pockets because it’s a coping mechanism. They may repeat a word because it helps them focus. Not all uniformed personnel understand these behaviors.”

When a friend of mine whose son has both autism and oppositional defiant disorder moved to a new neighborhood about six years ago, she called the local police to let them know about his behavior. The officer on duty invited them to come in so they could meet.

“At the station, the officers treated him with respect,” said my friend, who did not want her name published to protect her son’s privacy. “I told them about his violent temper ahead of the visit, and we discussed it with the police officers. All of the officers know him. They have our information on file at the precinct. It will help keep him safe in the event of a meltdown. They even know his coping words.”

Recently, when her son began attending a program for students on the autism spectrum in New Jersey, she asked the school to host a seminar with the local police.

“When I met the officer, I was a bit scared,” said her son, who is now 19. “But I listened and he seemed friendly. I was able to talk to him, and I know that most police officers are good and are here to protect us.”

In the Weitzens’ neighborhood, the police officers know that it can help Christopher if they mention John Deere tractors and “Thomas the Tank Engine” characters. They also know what triggers him.

“Most people with autism have some form of anxiety,” Mr. Weitzen explained. “The cops know Christopher won’t look them in the eye. Something little like that can escalate and make a bad situation worse.”

Mr. Weitzen believes children with autism should carry an ID card. It should have their name, their diagnoses, a parent’s or caretaker’s name and phone numbers, and any other information that could be helpful to the police.

“Your child should never reach into his pocket” if confronted by police, he said. “Instead, he needs to tell the officer that his ID is in his pocket and ask if he can take it out.”

Sgt. Acevedo said, “If we have information about your child, we have an idea of what to expect. We need to know the people in the neighborhood, the signs to look for, and it helps if they know us. Some parents share information and others don’t.”

“Police officers don’t want children to be afraid of us,” Sgt. Acevedo said. “In a tense situation, where we don’t know what to expect, we make split-second decisions. Knowing your child and having your child know us completely changes that situation.”