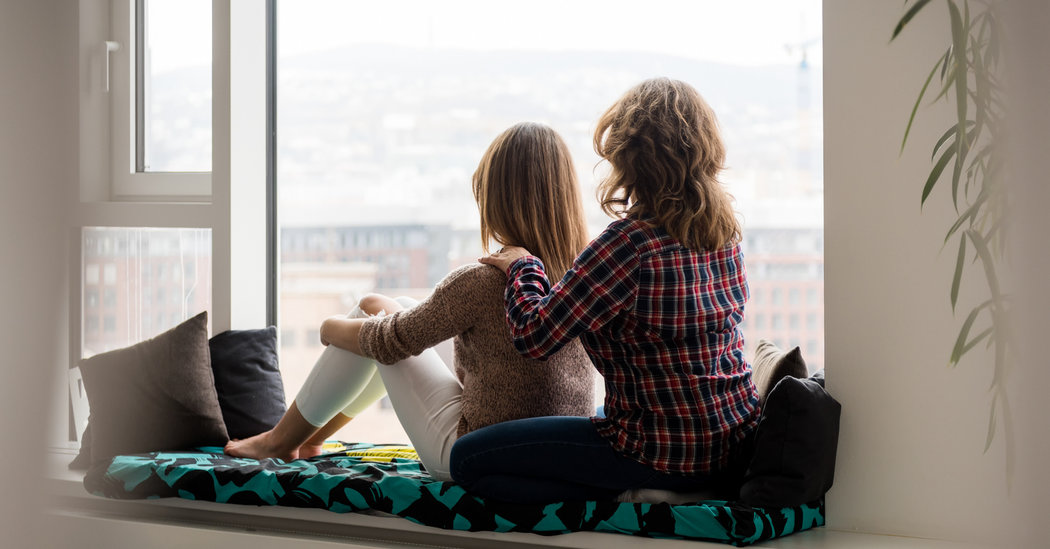 My stuck-at-home 11-year-old spends her off-school hours on the online game platform Roblox. As screen time goes, it’s a pretty safe, kid-friendly and creative option, since with parental controls I’m able to lock down her privacy (that means no chats, ever).

But she resists screen time limits, argues about getting off Roblox to do chores and tries to push her bedtime later every night. She is worried about not being able to go back to sleep-away camp this summer. And annoyed that she can only FaceTime her friends, instead of seeing them in real life.

I get it. Her reaction is understandable, considering the fraught times we are living in.

But when she gets disrespectful, I can’t go to my usual set of consequences like threatening that she won’t be allowed to attend a friend’s birthday party, or being sent to her room (which is now her sanctuary). All the usual punishments are off the table when everyone is already essentially grounded.

Following are some experts’ suggestions on how to handle conflicts with tweens during lockdown.

“It’s tough to see your kids disappointed because they are missing out on so much, but it’s a chance to teach them valuable life lessons,” said Justin Coulson, author of “10 Things Every Parent Needs to Know” and dad to six girls. He suggested trying what he calls the 3 E’s — explore, explain and empower — when you want your tween to do something (like stop playing Roblox at all hours):

Use dinner as a time to communicate about your expectations for the next day, said Sheryl Ziegler, a Denver-based therapist specializing in anxiety and stress and author of “Mommy Burnout.” Tweens and teens want to feel older. So say, “We talked about this at dinner. If you don’t want mom to rip the sheets off like you are 8 years old, show me you can make the bed yourself.” And don’t forget to show gratitude. “Because you prepped dinner tonight, I could do my conference call.” Dr. Coulson recommended a 10-minute kid-led weekend family meeting where you ask: What is going well? What hasn’t been going so well? And what one thing can we focus on improving as a family?

[An approach to family meetings.]

Dr. Coulson recommends tweens spend an hour a day on a meaningful project that contributes to the family, like weeding the garden, painting the playroom, organizing the pantry, or putting digital photos into a printable photo album. Caroline Maguire, a family coach and author of “Why Will No One Play With Me,” suggested giving tweens their own corner of the home for them to chill out in when they need it. You could set it up to make it feel relaxing, whether that means soft lighting, a book, music, a homemade lava lamp with slime and crystals, or a squishy ball or fidget bracelet.

If your tween’s internal temperature still is rising, here are some last resorts.

Nina Kaiser, a California-based psychologist, suggested writing down non-routine chores you need help with (doing laundry, raking the leaves, cleaning the toilet) and placing them in a jar. The chores can be used as consequences if the child does something that is out of line.

Build in “activities that you can take away like family game time or Netflix if the behavior of your tween becomes extreme,” Dr. Kaiser said. Say, “If you want to play Settlers of Catan tonight, clean the dishes, and tidy up your room first.”

A caveat: consequences have to be reasonable, and you have to follow through. “If you say you will turn off the Wi-Fi, download your shows beforehand,” Dr. Ziegler said. “If all else fails, take deep breaths, and say ‘I will think about the disrespect you showed when I asked you to unload the dishwasher and will give you one chance to respond to me differently,’” then walk away.

“When your tween gets whiny, empathize with them instead of yelling at them,” Dr. Ziegler said. “Say, ‘I know this sucks. I hear you. You would rather be with your friends.’”

Tell your tween, “This is a time with new roles and new ways for you to contribute. We all have to pitch in.”

Dr. Kaiser suggested addressing yelling by putting on a headset and calmly responding, “I’d be happy to talk to you when you can talk in a normal voice.”

Dr. Ziegler suggested, “Instead of saying ‘you have been on the computer too long,’ say ‘You have been on for seven hours, and I want you to set the table to help the family.’” She explained, “If you give a reason that makes sense to your tween, it gives them less to fight about.”

Dr. Coulson said a powerful strategy to show empathy is to allow tweens the fantasy, since they can’t have the reality. So, when my daughter teared up watching a video of her camp friends from last year, I said, “Don’t you wish this virus had never happened and you could go to sleep-away camp for the whole summer?” “Yes, Mom,” she sighed with a wistful smile, as the light glinted off her hair, temporarily tinted pink.

Before the pandemic, I would not have allowed her to dye her hair. But, quite frankly, with the world turned upside down, temporary hair color simply didn’t seem worth fighting about. Although I am hoping our new approach to conflict management lasts longer than her hair color.