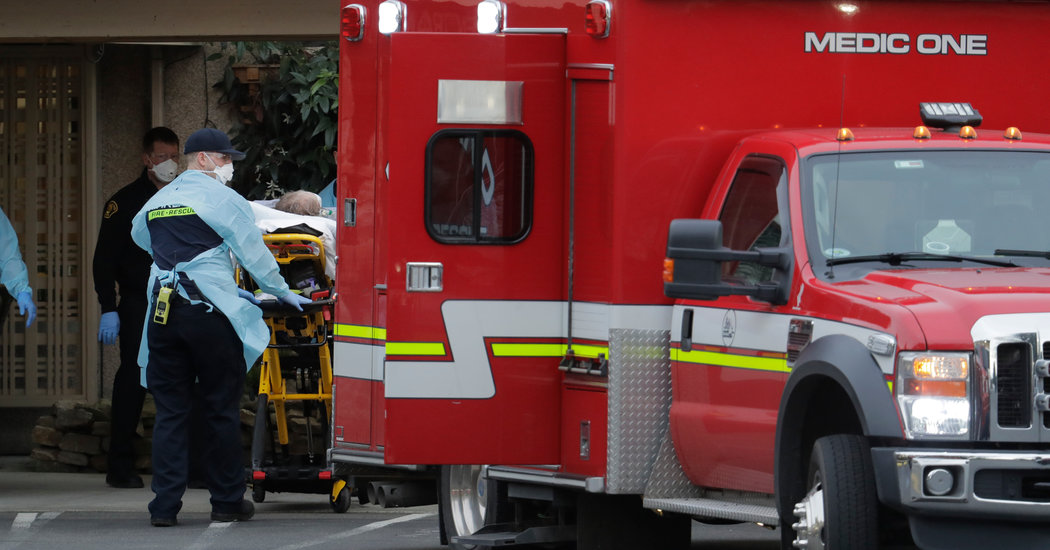 The new coronavirus is a serious threat to the elderly, as federal officials have been at pains to note recently. But they have stepped gingerly around advice for another group of Americans also at special risk from the infection: those with chronic health conditions.

It is not a small group. Roughly half of all Americans have at least one chronic health condition, and 40 percent have more than one. (The figures include the elderly.) Heart disease, cancer, diabetes — all of these can exacerbate a coronavirus infection, studies show, increasing the odds of severe disease and death.

Federal health officials have urged those in their 80s and older to sharply curtail their activities to reduce exposing themselves to infection. But beyond general advice to wash hands frequently and to avoid crowds, officials have said little about those who are younger and cope with chronic illnesses.

Now some experts are encouraging this broader swath of the population to take immediate action to protect themselves.

“All you folks older than 60 and those who have underlying illnesses, you ought to do personal mitigation starting now,” said Dr. William Schaffner, an infectious disease specialist at Vanderbilt University.

The risk of dying if one contracts the infection begins to rise at a younger age than federal officials have acknowledged, suggesting the coronavirus may cut deeply into the fabric of a society in which many older adults continue to lead active, engaged lives.

The virus has killed younger people: Dr. Li Wenliang, the physician who died after raising the alarm about the mysterious new illness, was only 34. But children have been affected in very small numbers, and younger adults have displayed greater resilience.

The chronic health conditions that cause complications following infection with the coronavirus are certainly more common in older people. But they are also commonly found in Americans under 65.

High blood pressure affects nearly one in three adults in the United States, including one-third of adults in their 40s and 50s. More than one in 10 adults have Type 1 or Type 2 diabetes, including 17 percent of adults aged 45 to 64. At least 16 million Americans struggle with chronic obstructive pulmonary disease.

A study of 1,590 patients, also in China, found that people infected with the coronavirus who were already coping with a chronic condition were 1.8 times more likely to have a “poor outcome,” such as being put on a ventilator or dying, than those with no underlying conditions.

Dr. Schaffner and other public health experts outlined a series of steps individuals can take to minimize their risk of exposure.

“It’s imperative that the population understand that now is the time to get serious about avoiding group events, and to become a bit of a hermit,” Dr. Schaffner said.

“If I’m older, and have underlying illnesses, then I’m the kind of person that this virus makes more seriously and even gravely ill.”

Among the recommendations were: refraining from recreational group activities and face-to-face work meetings. Canceling travel. Staying home from religious services and other social and celebratory events — even family get-togethers — that bring together large groups.

Go shopping at off hours, when stores are less frequented, Dr. Schaffner suggested. Watch the game on TV, not live. And no hugging.

Smoking An estimated 34 million Americans smoke, and 16 million live with a disease caused by smoking.

Covid-19 is a respiratory ailment. Longtime smokers with damaged lungs will be more vulnerable and should quit now, said Marc Lipsitch, an epidemiologist at Harvard University.

“We know that if you do not have good glucose control, you’re at high risk for infection, including viruses and presumably this one as well,” Dr. Weber said.

Even improving glucose control over the next one to two weeks “would put you in a situation where you would have better immune function,” she said.

People with Type 1 diabetes are more likely to have severe disease if they become infected. When they experience viral symptoms like nausea, diarrhea and vomiting, they are more likely to develop a serious complication called life-threatening ketoacidosis.

Lung disease Dr. Albert Rizzo, chief medical officer of the American Lung Association, urged patients with chronic lung conditions like asthma or C.O.P.D. to talk to their doctors — by phone — and to “think twice” about going anywhere that might expose them to the virus.

Heart disease A respiratory illness like Covid-19 is risky for anyone who has heart disease, because it increases metabolic demand, forcing the heart to work harder to pump blood, said Orly Vardeny, who studies influenza and heart disease at the University of Minnesota.

“That extra stress leads to worsening of their underlying heart disease,” she said. “It’s not going to be limited to fever, cough, pneumonia — it’s also going to affect whatever their underlying condition is and make it worse.”

Immunocompromised People with compromised immune systems are especially vulnerable to respiratory infections. That group includes those who have autoimmune disorders such as lupus and arthritis, those who have had organ transplants, patients undergoing chemotherapy and other cancer treatments, and anyone who is taking steroids as treatment.

People with H.I.V. are not on the list as yet, however. With powerful antiretroviral drugs, many now have immune systems strong enough to stave off infections, said Dr. Monica Gandhi, an infectious disease expert at the University of California, San Francisco.

There is some very preliminary evidence that certain H.I.V. drugs in wide use may help slow the coronavirus.

Cancer patients who have been in treatment should avoid contact with anyone who is sick and stay indoors as much as possible. “It’s really just erring on the side of caution while we ride this out,” Dr. Smith said.

Seniors Even healthy older people who are active and vigorous need to take precautions, said Dr. Richard Baron, an internist and geriatrician who heads the American Board of Internal Medicine.

“Our organs have a lot of reserves, but it’s in the nature of getting older that you progressively lose that reserve,” Dr. Baron said. “You can get into trouble really quickly.”

Those who don’t get sick often should not feel overly confident. The coronavirus is a new pathogen that won’t be recognized by the immune system, said Dr. Charlotte Yeh, chief medical officer at AARP. The body will not have built up its defenses, she added: “Your prior exposures won’t necessarily help you.”

Now that the virus is embedded in communities, individuals must act to protect themselves, said Michael Osterholm, director of the Center for Infectious Disease Research and Policy at the University of Minnesota.

At least 1,400 Americans are known to have the coronavirus, though the real prevalence in the United States is unknown, as testing has been scarce. At least 38 have died of the infection.

“People should understand they need to take control of their own life,” Dr. Osterholm said.

“You can’t assume anymore that people are not capable of infecting you. In many cases they won’t even know they’re infected.”

Those who are older or who have chronic health conditions “have to kind of assume the rest of the world is a coronavirus soup,” he added. “If I don’t want to end up swimming in that bowl, I need to find another place on the plate.”

Reporting was contributed by Apoorva Mandavilli.