You Are Here Home Health News Why the WHO won’t call it the ‘U.K. variant’, and you shouldn’t either 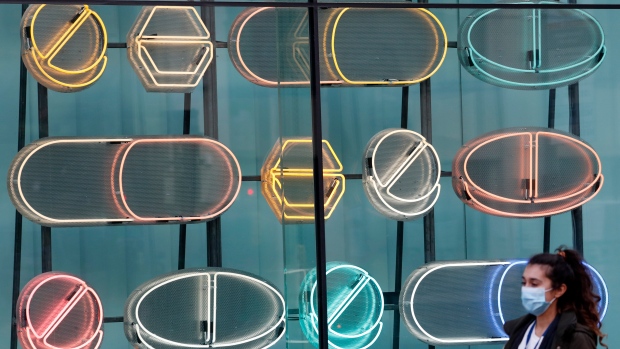 TORONTO — The World Health Organization (WHO) is formulating new names for the new variants of the SARS-CoV-2 coronavirus, in part to avoid the demonization that can occur when a disease is closely associated with one particular country.

Terms such as “U.K. variant” and “Brazil variant” have often been used by governments and media organizations to describe the mutations of the virus that have recently begun to spread to new parts of the world.

Those phrases may bring to mind “China virus,” a label often used pejoratively by the likes of former U.S. president Donald Trump and now widely seen as racist.

“We’ve got to use common sense, and common sense is [that] you cannot label an entire region or an ethnicity or an entire group of people as sort of being associated with something like this,” Anita Jack-Davies, assistant dean of equity, diversity, inclusion and Indigeneity at Queen’s University in Kingston, Ont., told CTVNews.ca on Tuesday via telephone.

The risk is that associating a disease with a country will lead to discrimination against those who come from that country. There was a documented rise in anti-Chinese and anti-Asian sentiment last year. As of last September, more than 600 instances of anti-Asian racism had been reported to Project 1907, an attempt to document attacks and harassment targeting Asian people in Canada during the pandemic.

Accuracy is also an issue. The 1918-19 flu pandemic is widely known as the Spanish flu, even though there is no solid evidence the virus first emerged in Spain. Instead, the label stuck because Spain was the first country in which the press was free to report on the pandemic’s devastation. The United States and China, among other nations, experienced the wrath of the virus earlier but publicly played down its impact.

For those and other reasons, the WHO was quick to argue that “China virus” should not be used. Its top officials are now making the same case against “U.K. variant” and similar labels.

“These countries are not the cause of this problem. They’re actually defining solutions by giving us the information that we need, and they should be commended and lauded,” he said.

“We should be following their example rather than looking at these [as] problems generated by or in South Africa, or in the United Kingdom.”

A few days later, WHO COVID-19 technical lead Maria Van Kerkhove said that the United Nations health body is “working on a nomenclature so that we will be able to describe these [variants] more eloquently to you as they emerge.”

She added that the WHO would like the new naming system for the variant “to be easily understood and not include country names,” according to a report in the journal Nature.

Keeping country names out is important, Jack-Davies said, because normalizing location-based descriptors will cause problems if new mutations are first detected in populations that are more likely to face discrimination in Canada.

“It’s the thin edge of the wedge. If we start here, where’s this going to lead?” she said.

“And if it’s OK for us to begin the discussion by naming a place or a culture or an ethnicity associated with the virus, where does that lead to next, and what doors have now become opened because of that?”

These do not seem to meet Van Kerkhove’s goal of being “easily understood,” though, which may explain why “U.K. variant” and similar terms have become so commonplace.

Jack-Davies said a simple, straightforward naming convention could reduce the stigmatization associated with new SARS-CoV-2 strains without limiting the public’s ability to tell the difference between each mutation.

Most important, she said, is ensuring whatever names are chosen do not carry any potential to demonize or discriminate.

“That’s where the danger lies for me. It’s the ways in which the language piece is suggesting something else underneath the surface,” she said.