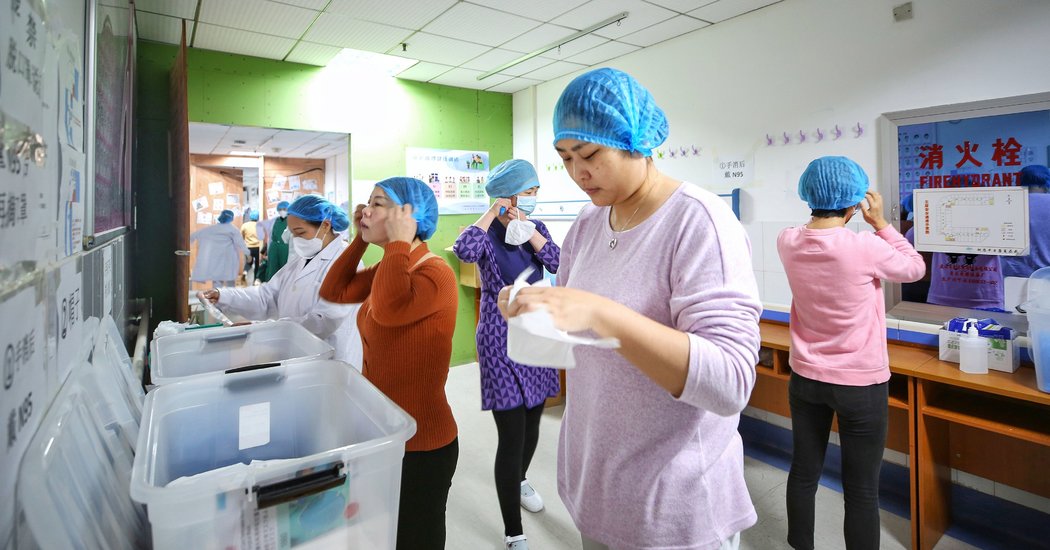 “Across the board, gender issues were ignored.”

[In Her Words is available as a newsletter. Sign up here to get it delivered to your inbox.]

As the coronavirus snakes its way around the world — canceling events, shuttering offices and suspending classes — some health experts worry that the crisis could put women at a disproportionate risk, exacerbating gender, social and economic fault lines.

Typical gender roles can “influence where men and women spend their time, and the infectious agents they come into contact with, as well as the nature of exposure, its frequency and its intensity,” declared the World Health Organization in a 2007 report. In other words: The roles that women have in society could place them squarely in the virus’s path (although some early studies of coronavirus cases in China suggest men have a higher death rate).

Around the world, women make up a majority of health care workers, almost 70 percent according to some estimates, and most of them occupy nursing roles — on the front lines of efforts to combat and contain outbreaks of disease. In China’s Hubei Province, where the current coronavirus outbreak originated, about 90 percent of health care workers are women. In the U.S., that number is around 78 percent.

Nurses’ levels of exposure are “higher than doctors’,” said Dr. Celine Gounder, an infectious disease specialist and epidemiologist, because “they’re much more involved in intimate care of patients. They’re the ones drawing blood, they’re the ones collecting specimens.” That situation is also found in nursing homes, which have been the epicenter of infections in Washington State.

Of the more than 8,000 probable SARS cases around the world in the early 2000s, more than half were female and about 21 percent of total cases occurred among health care workers, according to the W.H.O.

Women around the world are also more likely to take on the burden of care at home, particularly if someone in their family is sick, Gounder added. And because women still bear most of the responsibility of child-rearing, when schools are suspended that risk may be compounded. Data from China suggests that the disease is most easily spread between family members who are in frequent contact with one another.

This was also the case during the numerous Ebola outbreaks across Africa from 1976 to 2014. Because women are traditionally the primary caregivers and are responsible for preparing bodies for burial, their vulnerability to the disease increased, according to a 2017 study. “The transmission rate was higher in households than in hospitals” and though there is no evidence of a biological gender gap when it comes to vulnerability to Ebola, “more cases were recorded among women than men” during the 2014 outbreak.

Pregnant women are faced with a whole different set of challenges — especially the stress of not knowing exactly how coronavirus might affect their child.

So far, the only information we have, based on preliminary research, is that the virus isn’t likely to be transmitted from a mother to her fetus. The Centers for Disease Control and Prevention does caution that it has observed miscarriage and stillbirth in pregnant women infected with other coronaviruses like SARS and MERS, but again, it’s unclear why.

Economically speaking, outbreaks could have a disproportionately negative impact on women, who make up a large chunk of part-time and informal workers around the world. Those kinds of jobs are also usually the first to get sliced in periods of economic uncertainty. And during outbreaks, when women have to give up work and income to stay home, they often find it harder to spring back after the crisis, said Dr. Julia Smith, a health policy researcher at Simon Fraser University.

For example, while “everybody’s income was affected by the Ebola outbreak in West Africa,” Smith said, “men’s income returned to what they had made pre-outbreak faster than women’s income.”

So what might be a gender-sensitive response to the coronavirus? Policies like paid sick leave and accessible, affordable health care would be a start — both of which are notably absent for many in the U.S. Governments should also work to provide crucial resources, suggested Smith, including protective gear and even basic needs like pads and tampons, which according to some accounts, female nurses in China had difficulties finding.

Yet these actions are being largely overlooked as governments try to ramp up preparedness, said Smith, whose research examined whether global health policies during previous outbreaks had taken gender impacts into account. “Across the board, gender issues were ignored.”

Readers share your stories of coping with the outbreak. Are you working on the front lines? Are you working from home? Write to us at inherwords@nytimes.com and tell us how you’re doing. We’re listening.

In Her Words is written by Alisha Haridasani Gupta and edited by Francesca Donner. Our art director is Catherine Gilmore-Barnes, and our photo editor is Sandra Stevenson.