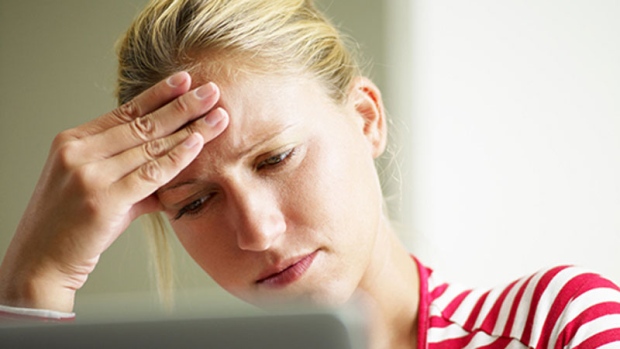 TORONTO — As public health officials repeatedly advise people to stop touching their faces in order to protect themselves against the new coronavirus, many individuals are starting to notice how often they do it and how difficult it is to stop.

Healthcare professionals have warned the public to wash their hands often and to avoid touching their faces, particularly their eyes and mouths, because severe acute respiratory syndrome coronavirus 2 (SARS-CoV-2), the virus which causes COVID-19, can linger on some surfaces for hours or even days.

While it sounds simple enough, many people touch their faces multiple times a day with one study out of the U.K., which came out a few years ago, suggesting it could even be as often as 23 times an hour.

Vivian Lee, a clinical psychologist, said there’s a simple explanation for why most people touch their faces throughout the day.

“For most of us, it’s just an automatic habit,” she told CTV’s Your Morning on Wednesday. “It’s so automatic, we don’t notice it.”

For others, Lee said they might touch their face by absentmindedly rubbing their chin or temples when they’re stressed. For an even smaller population still, she said they could touch their faces as a form of compulsive behaviour.

Now that people have been warned not to touch their faces, Lee said they’re probably more aware of how often they’re doing it.

“I don’t think we’re doing it more, I think it’s just that if something has been brought to our attention we start to notice it more so we have this increased awareness,” she explained.

How to stop touching your face

Lee said the first thing people should do is try to be aware of how often they’re touching their face on a daily basis.

In order to figure out how often someone might be touching their face throughout the day, Lee suggested they have a roommate or work colleague point it out to them every time they witness it.

For those that live or work alone, Lee said they can put on a pair of clean gloves for a few hours because they will notice the texture of the glove every time they touch their face.

Similarly, they can also rub heavily scented lotion on their hands so they smell it every time their hands come close to their face.

Another approach people can take to not touch their face is to be mindful of the urge to touch it, Lee said.

“This is easier said than done because if I have an itch on my face, it’s natural for me to want to scratch it; however, if we just kind of sit with it, often that sensation goes away,” she said. “Of course, that can be very difficult because it’s our automatic reaction.”

To achieve mindfulness, Lee suggests people should take note of the urge to scratch or touch their face, sit with it, and keep breathing until the sensation passes.

Finally, Lee said that if awareness and mindfulness is not enough to stop people from touching their faces, they can try to distract themselves by doing something else.

“It’s much easier to find something better to do than just telling yourself ‘Stop it, stop it, stop it’ because then all you’re doing is thinking about it,” she said.

Lee recommended that people get up for a stretch, take a drink of water, and give themselves a hand massage if they’re about to touch their faces.

In Oregon, Scientists Find a Virus Variant With a Worrying Mutation