Obtaining the Campaigns list from the server has failed!
Server response:
CM Ad cahger Server plugin is not active on https://legendarygroup.co/admanager/
You Are Here Home Health News Why you shouldn’t miss these spots when applying sunscreen 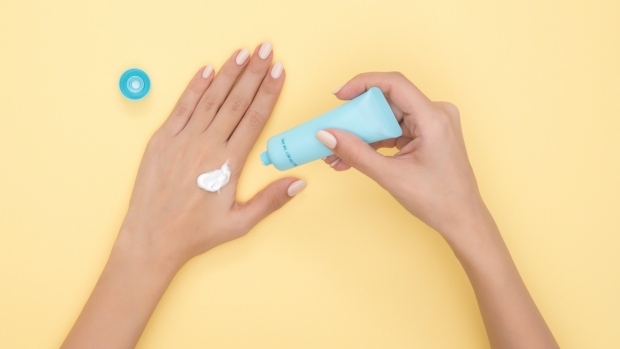 TORONTO — The scalp, lips, hands and feet are among the most common spots missed when applying sunscreen, according to one dermatologist who says avoiding these areas can lead to sun damage and certain types of skin cancers.

Beach says the section of the scalp that is parted by one’s hair is “really common” to forget, unless someone has gotten a burn in the area before.

“Whether it’s male or female, that’s an area that can consistently burn and it really, in addition to feeling quite tingl[y], it actually is a risk for skin cancers such as basal cell cancer,” she explained.

Beach said the tops of the ears, also known as helices, are common sites prone to burning for those with short hairstyles and are one of the first areas to show signs of burning.

She noted that burns on the ears in people’s younger years can lead to scaly crusty areas along this rim when they get older. Beach said this is a sign of sun damage, known as actinic keratosis, which she often treats.

Beach says the lips are also a commonly missed area, as sunscreen can taste bad or feel like it is drying out the lips.

To combat this, she suggests finding a lip balm that has SPF of at least 30 with a waxy, rather than greasy, texture.

“The more it can mimic an actual cosmetic lip balm, the more agreeable it is to be using regularly,” Beach said.

She noted that those who spend a lot of extra time outside, including cyclists and gardeners, should remember to apply sunscreen to their hands as well as their feet. She says these areas will be quick to show small, brown age spots or liver spots.

“For people who have brown or black skin or [are] deeper skin tone patients, that may be the only area that they actually realize they have sun exposure,” Beach said. “So that’s an area where it’s really going to starkly show the contrast between your baseline skin and the skin that bought the tan.”

While people often remember to apply sunscreen on the back of the neck, and the jaw and chin serve to protect the anterior, Beach says the sides of the neck are “consistently forgotten.”

“This actually becomes quite a cosmetic concern around middle age because we get all these sort of red and brown speckly changes and wrinkling,” Beach explained.

Making it easier to remember to protect this area, Beach says the same sunscreen applied to the face can also be used on the neck.

While there are different types of sunscreen for different areas of the body, ultimately Beach says the “best, most practical sunscreen is the one you’re willing to consistently use.”

However, there are options and alternatives for those looking to stay on top of protecting their skin.

For the face, Beach suggests keeping a stick form or a powdered sunscreen in one’s bag to allow for quick re-application during the day.

“There are some nicer more elegant formulations for say the face and the neck, they may be a bit thinner in texture, they may even be tinted which we know is really great for prevention of pigmentation of the skin,” she explained.

When it comes to the body, she said it is important to choose a product that is going to provide lasting protection while outside.

“[For] the body, a lot of times we get a more waxy texture or a thicker substance that’s designed to last for example for outdoor activities like running, brief water exposure, those sorts of activities,” Beach said.

For those who really hate sunscreen, Beach recommends looking into UPF 50+ clothing, which can be more protective than sun block, as well as more comfortable for some people.