Broad shutdowns will start in Winnipeg and surrounding areas on Monday as Manitoba moves its capital area to the red, or critical, level — the highest stage of its pandemic response scale — following days of record-shattering COVID-19 case announcements.

Movie theatres, concert halls, sports facilities and restaurant dining rooms in the region will be ordered to close starting Monday, as officials struggle to control a rising tide of cases.

Elective and non-urgent surgeries and diagnostic procedures in the region will be suspended to preserve capacity in a strained health-care system, said Chief Provincial Public Health Officer Dr. Brent Roussin on Friday.

“You can just see these numbers in the last week, the strain on our health-care system … we were left with no choice,” said Roussin. “We have to deal with this virus and the transmission now.”

The rest of Manitoba will move up to the orange, or restricted, level starting Monday, Roussin said. The order will limit gathering sizes to five and reduce capacity in public-facing businesses.

The new measures will be in place for at least two weeks, Roussin said Friday.

They come as Manitoba announced a record-breaking 480 new cases of COVID-19 on Friday, although that number includes cases identified over the past several days due to a backlog in reporting, Roussin said.

A total of 104 people are in hospital due to COVID-19, including 79 in Winnipeg, as of Friday. Nineteen patients are in intensive care, and Manitoba’s ICU capacity is at 96 per cent, said Lanette Siragusa, chief nursing officer for Shared Health.

“The numbers today will strike fear in many Manitobans,” Siragusa said.

“I speak to our [health-care] staff, as much as I speak to the public, when I say that I know that you are scared.”

Closures in the Winnipeg region will also extend to museums, libraries and galleries. Restaurants may still offer take-out and delivery services. Fitness facilities will be reduced to 25 per cent capacity and masks are mandatory, even while exercising. 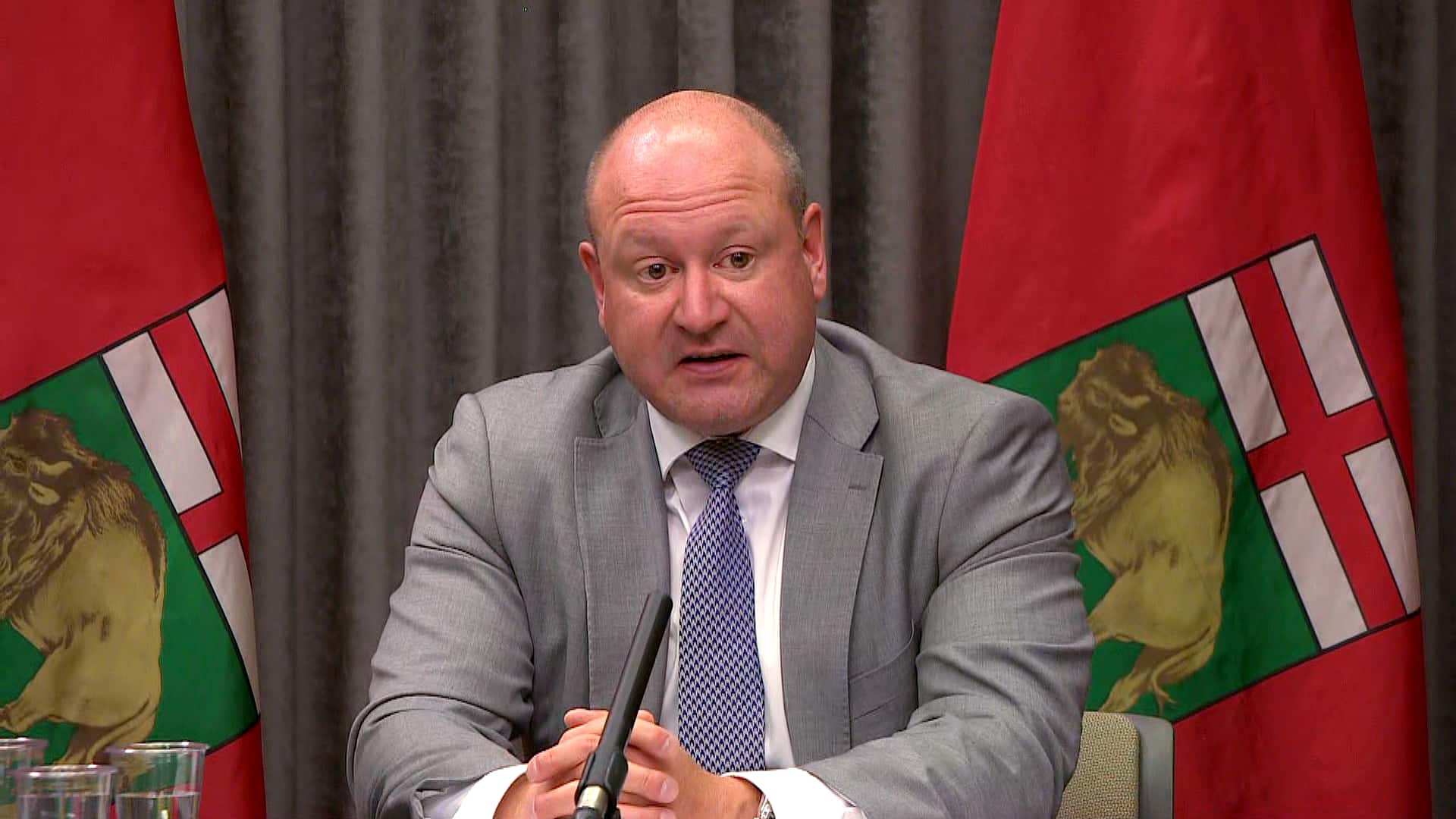 While widespread closures and capacity restrictions have significant impacts on people, Manitoba’s Chief Public Health Officer Dr. Brent Roussin says a concerning trend of rising COVID-19 cases and strain on the healthcare system in recent days forced the province to introduce the latest round of rules meant to slow the spread of the illness. 0:42

Visitation at hospitals in the area will be suspended, with case-by-case exceptions for patients receiving end-of-life care, in labour and pediatric patients.

No changes will be made to schools in the Winnipeg area, which are already at the restricted orange level, the province said. Retail stores in the region must limit capacity to 25 per cent or five people, whichever is higher.

“We are at a turning point right now,” Roussin said. “If we don’t make a dramatic change, we’re going to see our health-care system significantly strained.”

‘Today is a hard day’

Across Manitoba, outside of Winnipeg, the orange-level restrictions will reduce capacity at restaurants, bars, retail stores, museums, galleries and libraries to 50 per cent.

The province is encouraging Manitobans to limit the number of people from each household who go shopping.

A variety of establishments outside the city area — including movie theatres, concert halls, libraries and more — must collect and keep contact information for people who enter. Casinos in those regions must close.

The announcement comes hours after several Manitoba doctors signed and published a letter to the premier and health minister in the Winnipeg Free Press urging government to lock down.

Health officials have plans to expand health-care system capacity, including converting beds and creating new ones outside of hospitals for the least-sick, non-COVID-19 patients, in order to make room for COVID-19 cases, Siragusa said.

“Today is a hard day,” she said. “It’s really difficult to give the messages and I’m sure it’s difficult to hear them.”