You Are Here Home Health News ‘Will You Help Save My Brother?’: The Scramble to Find Covid-19 Plasma Donors 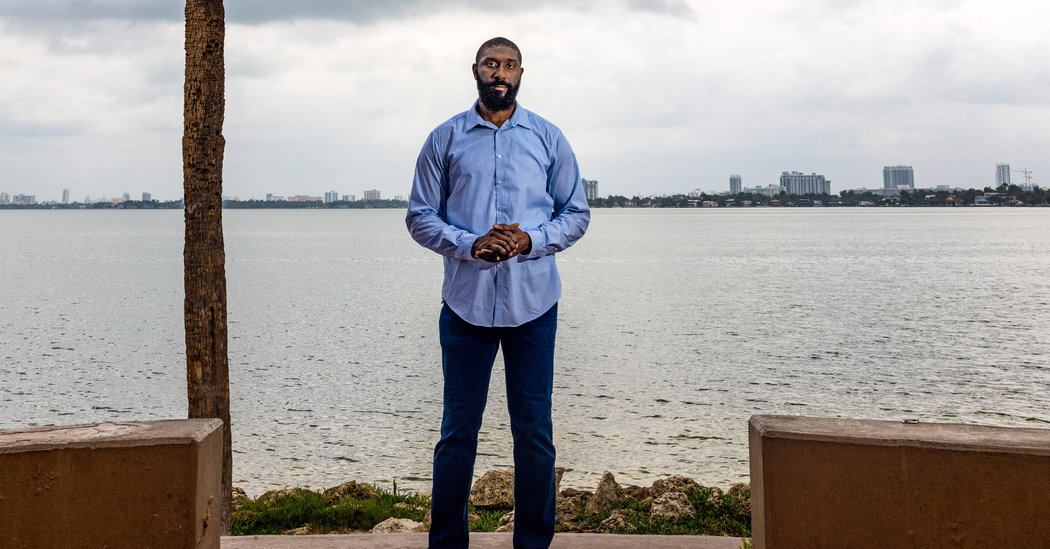 HOLLYWOOD, Fla. — The doctor was dying.

Without a way to improve his breathing, Dr. Vladimir Laroche was not likely to survive Covid-19. An internist who spent almost four decades caring for the sick, Dr. Laroche contracted the disease last month while treating patients at a health center and drive-up testing site for the novel coronavirus.

In a week’s time, he quickly spiraled. He went from noticing a stubborn sore throat to experiencing flulike symptoms that forced him to leave work early to fighting the virus in the intensive care unit of a Florida hospital.

Dr. Laroche’s body was overwhelmed by the blunt force of a virus that public health experts are still struggling to understand. One of his doctors, Dr. Leslie Diaz, an infectious disease specialist and a colleague, had an idea she believed would give Dr. Laroche a fighting chance: an infusion of blood plasma donated by someone who had recovered from the virus, to bolster his immune system.

“The idea was to give him more soldiers in his body to fight this war,” said Dr. Diaz, who is part of the team treating Dr. Laroche at Palm Beach Gardens Medical Center in South Florida.

But there was no donor and no prospects and no time.

So Dr. Laroche’s family in Port-au-Prince, Miami and New York began a desperate search on social media to find someone who beat Covid-19 and was willing to donate blood. Some 80 miles away from Dr. Laroche’s hospital bed, an administrator of a Miami seaport was just returning to work after a mild bout of the disease. He was in his office one morning when the phone rang. He picked up and received an urgent plea: “Will you help save my brother?”

Thus began a frantic journey to deliver hope to a critically ill doctor, with stops at a mobile blood donation bus in Hialeah, a laboratory in Orlando and, finally, the first floor of a Palm Beach Gardens hospital.

In the absence of a vaccine or proven treatment, Covid-19 survivors are being viewed as potential saviors for patients with a disease that has killed more than 52,000 people in the United States. Demand for what is known as “convalescent plasma” has outstripped supply by roughly two to one, setting off a kind of pandemic free-for-all for survivor good will.

In St. Louis County, Mo., an Army veteran with Covid-19 received plasma from a lawyer who had recently recovered. In Westchester County, N.Y., a college student who previously had a mild Covid-19 case donated to a man in his 70s on a ventilator. Convalescent plasma shipped from a blood bank in San Diego was given to a hospitalized Covid-19 patient in a Philadelphia suburb, according to Doug Martindale, the patient’s friend and business partner.

But donors need to have obtained a positive test for the virus and to have gone two to four weeks without symptoms — a challenge given the early restrictions on testing. With a limited pool, panicked relatives of Covid-19 patients have resorted to social media campaigns and mass emails to seek out survivors with a compatible blood type. And Covid-19 survivors have found themselves facing unanticipated ethical dilemmas about the potentially lifesaving antibodies circulating in their blood.

Over the last two weeks, Meg Chamberlin, a stay-at-home mother in Manhattan, has fielded requests from families of Covid-19 patients in Boston, Los Angeles and Youngstown, Ohio. “Willing to pay for travel or whatever it takes,” texted Jarret Jones, 32, whose fiancée’s 87-year-old grandmother was on a ventilator in Youngstown.

Another potential donor said she had committed publicly to one patient on the Facebook group Survivor Corps, only to be privately messaged by the relative of another. As each donation can supply enough plasma for three patients, he asked, could she list his relative’s patient identification on her form as well?

“It seems like we have fairy status or something,” said Ms. Chamberlin, who ended up flying from Richmond, Va., where she was visiting her mother after she recovered, to Atlanta to make a plasma donation. “And we’d better use it for good.”

As it turned out, Mr. Jones’s fiancée’s grandmother was discharged and is recovering without having received convalescent plasma.

For the recipients, it is also unclear whether having antibodies to the virus that are not their own will help — or possibly harm — them. Convalescent plasma has been tried for over a century in patients suffering from other infectious diseases, including influenza in 1918 and Ebola in 2014, with mixed results. In a limited study of 10 Covid-19 patients in China, researchers found that the convalescent plasma therapy appeared to help seven of them. In the Mayo Clinic program, how patients who get plasma fare will be compared with the outcomes of patients who did not.

Another study, which starts this week at Montefiore Health System in the Bronx, will use the gold-standard clinical trial design — controlled, double-blind, randomized — to enroll 300 patients, half of whom will receive convalescent plasma and half of whom will get a placebo.

In the early days of the pandemic, before he contracted the coronavirus, Dr. Laroche worked with patients at FoundCare, a nonprofit health center, to determine if they needed to be tested for Covid-19.

“We talked about the exposure of working with patients who might have Covid-19,” said his younger brother, Paul Laroche, 59, of Miami. “He understood the risks but wanted to help as much as possible.”

After developing the telltale fever, body aches and shortness of breath, Dr. Laroche tested positive for Covid-19 on March 29 — nine days after his eventual plasma donor, Basil Binns II, received the same diagnosis. Within weeks, their lives would be inextricably linked by a virus and its antibodies.

Dr. Laroche, 68, was admitted to the hospital on March 31. Doctors treated him with interleukin inhibitors to slow inflammation, along with the antimalarial drug hydroxychloroquine and the antibiotic azithromycin. Dr. Laroche was not responding. “He was getting weaker and weaker,” said Dr. Diaz, who works with Dr. Laroche as FoundCare’s infectious disease medical director.

His kidneys and liver were functioning but his breathing became so labored that doctors placed him in a medically induced coma and on a ventilator within days. And then they delivered the bad news to his family: Dr. Laroche was not getting better.

“We knew his age might diminish his chance of survival and that we were in this for the long haul — if we were lucky,” said Mr. Laroche, an addiction therapist specialist. “His lungs were not working. The machine was pushing 100 percent of the oxygen in. The doctors did not tell us they were giving up, but we knew we were in a day-by-day situation.”

His loved ones could not hold his hand to comfort him. His 100-year-old father could not travel from Haiti to Florida.

And then there was the worst-case scenario. “In the back of our minds, we were thinking, ‘We will not be able to honor our brother properly,’” Mr. Laroche said.

Mayor Francis Suarez of Miami, who learned he had the coronavirus in mid-March, became Florida’s first Covid-19 donor by giving plasma to OneBlood, a blood donation center, and hundreds more have reached out to make donations.

But when Dr. Diaz requested plasma from OneBlood, there was not any available. So Dr. Laroche’s family began frantically calling friends, reaching out to journalists and posting urgent requests on Facebook to find a matching donor. Mr. Binns was connected to Mr. Laroche through a mutual friend who saw the Facebook post.

Mr. Binns, 38, had just completed a 14-day self-quarantine in his Miami home, where he had been social distancing from his pregnant wife. Weeks before, his mother fell ill with Covid-19 after a ski trip to Sun Valley, Idaho. Others in her ski club also tested positive.

Three days after Mr. Binns had returned to work healthy on April 6, Mr. Laroche called and shared his brother’s plight.

“My question was, how can I help?” said Mr. Binns, an assistant director at the Port of Miami. The treatment two weeks ago appears to have helped Dr. Laroche, who is still in intensive care and faces a long recovery but now requires less than half the oxygen he did before the therapy.

As hundreds of thousands more Americans recover from Covid-19 in coming weeks, researchers, doctors and blood bank officials said they were aiming to administer convalescent plasma on demand, in a process that does not rely on family members recruiting their own donors.

But for now, Mr. Binns is working with Mr. Laroche to help match donors with Covid-19 patients. “It felt like I was helping out a friend rather than a stranger,” he said.