You Are Here Home Health News With Live Sports Gone, Announcer Offers Play by Play of the Everyday 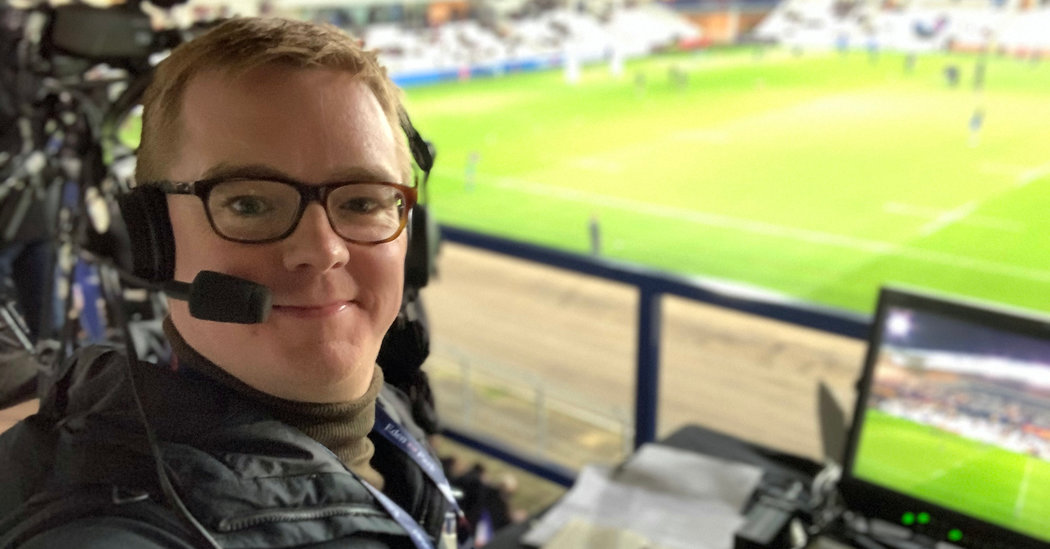 The narration begins customarily, with the play-by-play announcer enthusiastically welcoming his audience live to a competition unfolding on the screen.

But this is no ordinary competition.

“It’s the final of the two lonely blokes in a park contest,’’ the announcer, Nick Heath, begins, setting the scene of two men idly kicking a ball in a park.

When one of the men clips the ball and sends it rolling in the opposite direction, Mr. Heath observes: “Oh, that was absolutely terrible. It’s what we’ve come to expect really from these two.”

He finishes the video with “Looking forward to the third- and fourth-place playoff later.”

Without live sports to cover because of the coronavirus outbreak, Mr. Heath, a freelance rugby commentator, has turned to covering everyday life in London.

Marked with the hashtag #LifeCommentary, the clips have become a fun social media distraction for his more than 70,000 followers on Twitter. The clips blend irreverence and a sense of the absurd with a veneer of straight narration reminiscent of Monty Python’s “Upper Class Twit of the Year” competition.

One of his most watched videos, with more than 500,000 views, is called the “2020 Crossroad Dash,” which follows pedestrians crossing the street as Mr. Heath breathlessly offers a play by play.

Mr. Heath, 41, said on Sunday that he channels a “fairly old-school traditional British commentary style” in his narration.

“For me, sports is not solely about the action on the field. It’s about the atmosphere, the occasion, the sound of it, the look of it,” he said.

He said he thought people might be drawn to his work because “it’s scratching that itch and being some kind of placebo for the sport they are missing.”

One video, “Regional Qualifiers for Market Bartering,” features people at an outdoor market.

“She’s a regular in these parts, classic technique of hanging behind a keener shopper,” Mr. Heath narrates as a woman scanned a colorful display of vegetables. “It looks like she might have got what she wanted. Oh, she is even taking the shopping of the woman next to her.”

Another of his more popular videos, with more than 430,000 views, is of two dogs racing at a park.

“And these two, vanilla and chocolate, are doing really well here,” he says. “Vanilla just over the hill in the distance. Chocolate in hot pursuit. There has been some lovely footwork.”

“A big hello to all of you loving the #LifeCommentary silliness,” he wrote. “Pretty blown away by the love but so glad it’s providing suitably levity during such a weird time.”