You Are Here Home Health News With Red Tape Lifted, Dr. Zoom Will See You Now 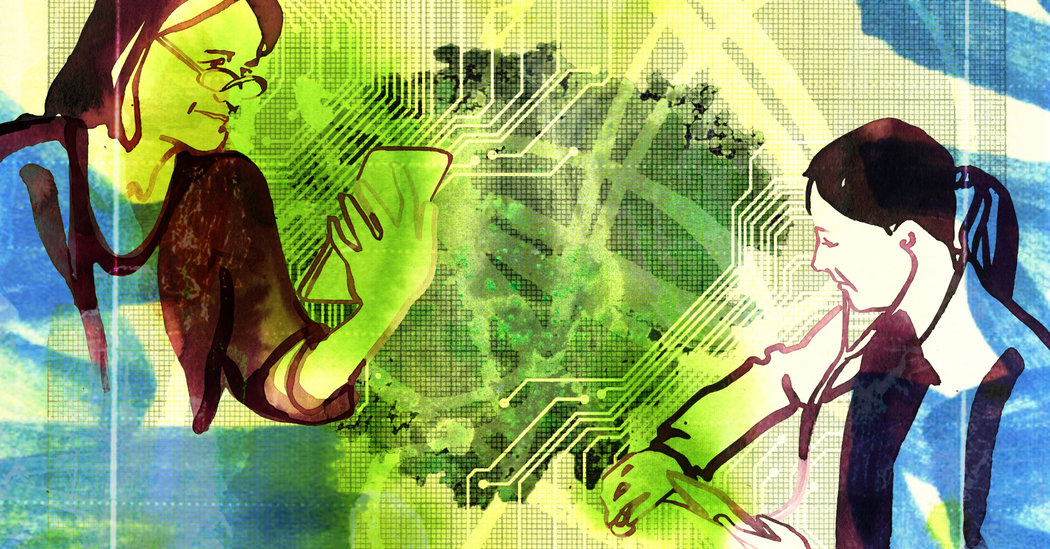 In late March, Mary Jane Sturgis got a call from her primary-care physician’s office, saying that her doctor was working from home during the Covid-19 crisis and suggesting an alternative for her scheduled checkup. Would Ms. Sturgis agree to a video appointment on Zoom?

“I didn’t know what Zoom was,” Ms. Sturgis recalled. “But I said if I could figure it out, sure.”

A retired college administrator, she contends with ailments that put her at high risk from the new coronavirus. Several autoimmune conditions. Damaged lungs, caused by radiation for breast cancer and requiring daily nebulizer and inhaler use. At 77, age itself.

She already found it tiring to drive half an hour from her home in Media, Pa., to Dr. Lisa Sardanopoli’s office at Lankenau Medical Center; now, walking into a hospital also seemed dangerous.

The transition to telemedicine initially proved a bit rocky. Ms. Sturgis could see her doctor on Zoom. “But I couldn’t hear her,” Ms. Sturgis said. “And she couldn’t see or hear me.”

So at her doctor’s texted suggestion, they switched to FaceTime, familiar to Ms. Sturgis from video chats with her grandchildren. “I was surprised at how well it worked,” she said.

Ms. Sturgis missed the way Dr. Sardanopoli sometimes placed a reassuring hand on hers when she worried. Otherwise, “It felt like we were sitting and talking together as usual.”

At the end of their appointment, “I said: ‘Do I send you money? How do I pay for this?’” Ms. Sturgis recalled. “She said, ‘It’s covered by Medicare.’”

Just weeks earlier, that would not have been true. For years, advocates and researchers have urged greater use of telemedicine — delivered by video or phone, through online patient portals or remote monitoring devices — particularly for older adults.

But Medicare adoption was slow. The Government Accountability Office reported in 2017 that just one percent of beneficiaries, most in rural areas, received care through telemedicine (a term used interchangeably with telehealth).

Then came Covid-19 and its lockdowns, sending both small practices and major health systems scrambling to give patients access to health care without face-to-face contact. In response, federal agencies loosened restrictions and regulations, at least temporarily, that had stalled telemedicine for decades.

“This crisis has forced us to change how we deliver health care more in 20 days than we had in 20 years,” said Dr. Robert McLean, a past president of the American College of Physicians, as well as an internist and rheumatologist with Northeast Medical Group in Connecticut.

Though some practices and systems never acquired the necessary technology, Dr. McLean said, the major barrier to telehealth had been financial. “It just wasn’t getting paid for adequately,” he said.

In traditional Medicare, payment had been lower than for in-person visits, a sure way to discourage use. (Most Medicare Advantage plans already covered some telehealth services; each plan determines what it pays for them.)

“Health care systems and hospitals are businesses,” said Dr. Sirina Keesara, who researches health system design at Stanford University and co-authored a recent editorial in The New England Journal of Medicine. “If they don’t have a financial incentive to change, they’ll stick with what they know.”

Medicare’s restrictions hampered adoption in other ways, too. It limited services to rural patients and usually required them to travel to a clinic or office, rather than participate from home. It covered some services for “established” patients but not new ones, or insisted on office visits before it would reimburse for subsequent telehealth.

But in March, citing the need for flexibility in face of the coronavirus pandemic, the Centers for Medicare and Medicaid Services removed those barriers. It also added scores of new telehealth services it would cover, including emergency-room visits, initial and discharge visits at nursing homes and remote monitoring for chronic conditions. And it agreed to pay the same rates as for in-person care.

It maintained a lower rate, at first, for audio-only phone visits. Professional associations objected, arguing that this policy reinforced the so-called digital divide, depriving older adults of remote care if they lacked computers, smartphones or broadband. “People who rely on a landline cannot do video visits,” Dr. McLean said.

On April 30, that obstacle fell, too, as Medicare agreed to reimburse equally for visits in person, by video or by phone.

And another major hurdle was removed by the Department of Health and Human Services, which, in March, temporarily relaxed enforcement of HIPAA, the federal patient privacy law. It will waive penalties when providers use everyday platforms like FaceTime or Skype, which aren’t HIPAA-compliant.

Doctors and patients still need to be in the same room for some appointments, of course. Certain conditions mandate physical examination. “Sometimes we need to have life-changing conversations,” added Dr. Andrea Jonas, a pulmonologist and critical-care specialist at Stanford University and a co-author of The New England Journal editorial. “Those are harder to do via telehealth.”

Still, by mid-April more than 20 percent of people over 70 had experienced a telehealth appointment since the start of the pandemic, a nationwide survey by NORC at the University of Chicago found. Almost half said they found the experience equivalent to an in-person visit; about 40 percent said it was worse.

In interviews, patients told me of similarly mixed reactions.

Last month, Debra Reed, a management consultant in Ojai, Calif., sat in on her husband’s Zoom visit with his internist in Santa Barbara. Her husband, 86, has dementia and is recovering from a stroke. “It was odd and unsatisfying, unsettling,” Ms. Reed said of the encounter. “It leaves one lacking.”

Diana Hamlet-Cox felt differently. Her 89-year-old father, who recently moved in with her and her husband in Goodyear, Ariz., has had half a dozen video or phone appointments — with a urologist, a psychotherapist, a neurosurgeon.

“I was glad we didn’t have to drive 25 miles to wait in a building with other people and all those surfaces to touch,” Ms. Hamlet-Cox said. “I thought, why didn’t they do this sooner?”

Whether Medicare will stick with these changes — temporary measures allowed during the public health emergency — is uncertain. A press officer said the agency would assess its policies after the pandemic ebbs. It will need to address concerns about privacy and fraud.

“I think there’s going to be huge pressure to abandon all this,” said Dr. Kevin Schulman, a hospitalist and economist at Stanford University and a co-author of The New England Journal editorial. “Providers will want to go back to the way we used to do it.”

The authors called for research to determine how well telehealth works during the pandemic.

For now, though, expanded Medicare telehealth coverage is giving patients a glimpse of a different future, and some of them like it.

Mary Jane Sturgis, for instance. Last month, she began to fear that if she contracted Covid-19, she’d be hospitalized and placed on a ventilator without her consent; she asked Dr. Sardanopoli for an appointment to discuss her end-of-life wishes.

They spent half an hour on FaceTime, talking through the options, untroubled by their physical distance.

“I knew what I wanted, and she was completely respectful of that,” Ms. Sturgis said. “I felt better and calmer afterward.”