You Are Here Home Health News Woman, 90, Walked Six Miles in the Snow for a Vaccine 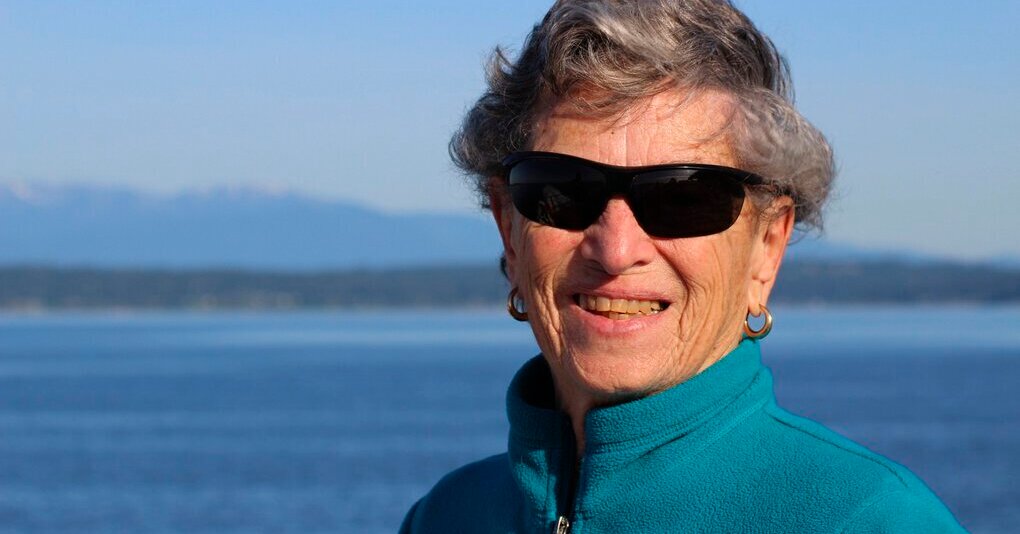 To get her coronavirus vaccination last weekend, Frances H. Goldman, 90, went to an extraordinary length: six miles. On foot.

It was too snowy to drive at 8 a.m. on Sunday when Ms. Goldman took out her hiking poles, dusted off her snow boots and started out from her home in the Seattle neighborhood of View Ridge. She made her way to the Burke-Gilman Trail on the edge of the city, where she wended her way alongside a set of old railroad tracks, heading south. Then she traversed the residential streets of Laurelhurst to reach the Seattle Children’s Hospital.

It was a quiet walk, Ms. Goldman said. People were scarce. She caught glimpses of Lake Washington through falling snow. It would have been more difficult, she said, had she not gotten a bad hip replaced last year.

At the hospital, about three miles and an hour from home, she got the jab. Then she bundled up again and walked back the way she had come.

It was an extraordinary effort — but that was not the extent of it. Ms. Goldman, who became eligible for a vaccine last month, had already tried everything she could think of to secure an appointment. She had made repeated phone calls and fruitless visits to the websites of local pharmacies, hospitals and government health departments. She enlisted a daughter in New York and a friend in Arizona to help her find an appointment.

Finally, on Friday, a visit to the Seattle Children’s Hospital website yielded results.

“Lo and behold, a whole list of times popped up,” she said in a phone interview on Wednesday. “I couldn’t believe my eyes. I went and got my glasses to make sure I was seeing it right.”

Then came the snow, which would ultimately drop more than 10 inches in one of Seattle’s snowiest weekends on record. Wary of driving on hilly, unplowed roads, Ms. Goldman decided to go to the hospital on foot. She took a test walk part of the way on Saturday to get a sense of how long the trip might take.

And on Sunday, she trekked all the way to the hospital to get her vaccine.

The appointment went smoothly, she said. And it carried a special significance for Ms. Goldman because she could recall the joy of national celebrations in 1955, when another important vaccine was developed.

“I can remember back to when the polio vaccine was rolled out,” Ms. Goldman said. She was a young mother at the time, and polio was sickening tens of thousands of children, sometimes leading to paralysis or death, and she remembers taking her children to get the vaccine at a school in Cincinnati, where she lived.

That vaccine rollout “was done in a very organized manner, and it made a huge difference in the way people could live in the summer — not only that people didn’t get sick, but they also didn’t have to live with the threat of getting sick.”

This time around, Ms. Goldman has been disappointed by the vaccine distribution. “There’s no excuse for it being done the way it was,” she said. “It was unorganized. Completely unorganized.”

Seattle is just one of many places across the United States where residents have struggled to get access to the vaccine.

“There’s just not enough vaccine across the state and the nation,” said Sharon Bogan, a spokeswoman for the public health department of Seattle and King County. “Even under the best of circumstances, we knew this would take time. We know that eligible residents like Ms. Goldman are having trouble accessing appointments given limited supply of the vaccine.”

The rollout in Washington State has been complicated by failures of technology, shortfalls in equity and a persistent imbalance of supply and demand. State officials have struggled to set up the infrastructure necessary to schedule and vaccinate the millions of people who are already eligible.

And while similar stories have played out across the country, vaccine distribution is slowly improving in the United States. President Biden said this week that every American who wanted a Covid-19 vaccination should be able to get one by the end of July, but he has also cautioned that the logistics of distribution will continue to pose difficulties.

In King County, health officials grappling with limited supplies have been working to deliver the vaccine equitably, according to Ms. Bogan. “We are focusing our efforts on those eligible high-risk persons who are not connected to a doctor or the health system and setting up sites to reach older adults in communities that have been disproportionately impacted by Covid-19,” she said.

Ms. Goldman is scheduled to receive her second dose of the vaccine next month. She plans to drive.

And when this is all over, she hopes to host people in her home again, resume her work as a volunteer at a nearby arboretum and hold her new great-grandchild, whom she has so far refrained from touching at all.

For now, she is fielding a lot of phone calls — her long walk has been covered by numerous local and national news outlets. The attention, she said, has not bothered her so far.

“I hope that it will inspire people to get their shots,” she said. “I think it’s important for the whole country.”