You Are Here Home Health News You Could Die Today. Here’s How to Reduce That Risk. 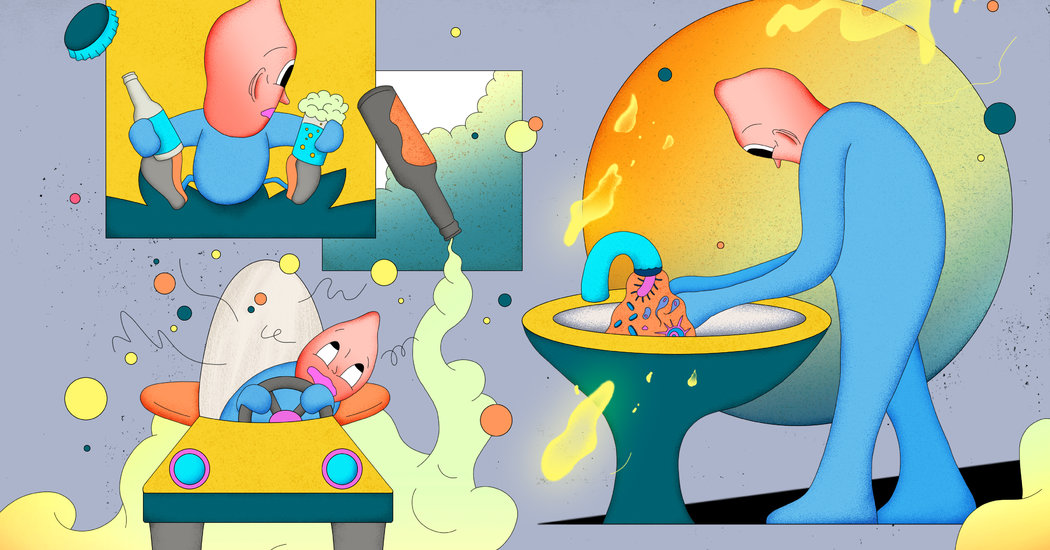 Everyone dies, but almost nobody expects to die today. Yet, accidents do happen. In 2017, accidents and unintentional injuries were the third-most-common cause of death of Americans. Although we live in a remarkably safe world by historical standards, many of us needlessly increase our risk of sickness, injury and even death without realizing it. Let’s look at a hypothetical day and see which choices have the greatest potential benefits to our well-being.

It’s 8 a.m. and you’re going to work. How will you get there? Usually that’s a question of convenience and cost, not safety. Maybe it shouldn’t be. Although most people know that some transport methods are safer than others, few understand how vast the differences are.

Of course, statistics can’t capture your exact risk. Dr. Savage explained that young men and those under the influence of alcohol or drugs account for a disproportionate number of traffic fatalities. If you avoid risky behaviors like speeding or driving while drunk or distracted, you can increase your safety.

Small steps have a big impact. Merely wearing a seatbelt will “substantially reduce your risk of sustaining serious injuries and double your chance of survival in a crash.” said Guohua Li, a professor and director of the Center for Injury Science and Prevention at Columbia University.

The statistics are staggering. Around 13 percent of Americans do not wear seatbelts, but they account for approximately half of all traffic fatalities, according to data from the National Highway Traffic Safety Administration.

No matter which method of transport you choose, Professor Savage has some good news: “Over the last 50 years, most forms of transport are at least 50 percent safer.” So like most Americans, you decide to drive to work. And, like nearly all of them, you get to work safely. Not everyone is as fortunate. Every day, around 100 people die on American roads in vehicular crashes.

Bottom line: If you can take public transit, do it. It may be less convenient, but it’s statistically safer.

Coffee isn’t as popular as driving to work, but it’s pretty close: 64 percent of Americans drink some form of it daily. Caffeine — which is in not just coffee but also most types of teas, sodas and chocolate — is a drug so widespread that we often forget that it is, well, a drug. An estimated 90 percent of Americans consume it daily.

Like cocaine, caffeine is a stimulant. Like cocaine, it is addictive. Unlike cocaine, it is remarkably safe. Depending on the strength of the coffee, you’d probably have to drink 50 to 100 cups to reach a lethal dose. Although a handful of deaths are attributed to caffeine overdoses, they are usually from overconsumption of powdered caffeine.

So, if you were reading this — coffee cup in hand — and your heart skipped a beat, you can calm back down. Besides, it’s time to meet your boss.

You walk into her office, shake her hand and see a pile of tissues on her desk. She’s sick, and that makes you remember: You haven’t washed your hands since you woke up. Well, what’s the point — after all, bacteria are everywhere. What is a little soap and water really going to do?

“Even a quick hand wash with just water and no soap can remove 90 percent of bacteria added to the hands,” said Donald W. Schaffner, a specialist in food science and professor at Rutgers University. “Washing for 20 seconds with soap allows the removal of about 99 percent of bacteria (on average).”

The Centers for Disease Control and Prevention named their hand-washing initiative “Clean Hands Save Lives” for a reason. In 2008, UNICEF estimated that effective hand washing could prevent up to 1.4 million deaths per year worldwide. Despite being on the front lines of infection, American health care providers wash their hands less than half as often as they should, according to the C.D.C. That’s not just gross — it can be deadly. At least 80,000 Americans die every year from infections acquired at a health care facility, and while those aren’t all directly related to hand washing, some of them certainly are.

Needless to say, better hand washing reduces the number of nonlethal illnesses, too. The average American adult gets two to three colds per year, and children get even more. Community hand-washing education has been shown to reduce the incidence of the common cold by about 20 percent.

You notice a bottle of hand sanitizer on the table, and you squeeze it on your hands. According to Professor Schaffner, it’s about as effective as washing your hands with soap, and maybe even a little better, since you don’t need to worry as much about technique.

It’s lunchtime and you’re out with a co-worker. As she orders the raw oysters, you look at the bottom of the menu and notice a warning: “Consuming raw or undercooked meats, poultry, seafood, shellfish or eggs may increase your risk of food-borne illness.”

That warning is there for a reason. Every year, an estimated 48 million Americans will get a food-borne illness; 128,000 of them will end up in the hospital, and 3,000 will die. Research by the Center for Science in the Public Interest shows that seafood is the riskiest commonly consumed food, responsible for about 19 times as many infections per pound of consumption as dairy, and six times as many as vegetables.

There’s nothing inherently bad about raw food, but because it is not cooked, any bacteria present in the food will enter your body. That makes cleanliness and quality even more important. Unfortunately, our seafood system is poorly regulated. The Government Accountability Office found that while around 90 percent of the seafood served in America is imported, only around 2 percent of imports were inspected by the Food and Drug Administration. By contrast, the European Union physically inspects 20 percent of imported fish (if they’re shipped in hermetically sealed containers) and up to 50 percent of every other seafood import.

Having high-quality sushi is usually safe — indeed, Japan has among the world’s highest life expectancies — but some should think twice. The C.D.C. recommends that “children younger than 5 years, pregnant women, adults older than 65 years, and people with weakened immune systems” avoid eating raw fish or meat. Cooked meat and fish, however, when cooked properly, are fine because bacteria cannot withstand high temperatures.

When you’re cooking at home, remember that bacteria thrive at temperatures of 40 to 140 degrees, what the Department of Agriculture calls the “Danger Zone” for bacterial growth. It recommends you keep your refrigerator under 40 degrees Fahrenheit (4 Celsius) to slow bacteria growth, and cook food over 140 Fahrenheit (60 Celsius) to kill harmful bacteria.

The waiter pesters you for your order, and you go for the steamed clams like the ones you used to order in Albany. They’re delicious, and you don’t get sick.

Getting drinks after work

Even if you take a cab home, a few drinks every night might not be a good idea. One study showed that a total of 18 drinks a week — 2.6 per day — cuts your life short on average by four to five years. Alcohol might be legal, but it’s a restricted substance for good reason.

You have a single drink and chat for an hour — approximately the time it takes to burn off a drink — and drive home. You make it home and tuck yourself into bed. Twenty-nine people weren’t so lucky — that’s the number of people who die in alcohol-related crashes on average every day in America.

There can be something maddening about risk. No matter how often you wash your hands, you’ll still get sick sometimes. And what’s the real risk of taking the bus or train if you have to walk or bike a mile to the stop? As Professor Savage notes, in many cases “the risk calculation is not clear-cut.”

A cynic might say that’s an argument for throwing up your hands and doing nothing. On the contrary, it underscores the importance of taking sensible steps to improve our safety where we can.

Ultimately, what you do with your life is a decision for you to make. As for me, I used to want a Vespa, but now I think I’ll save for a sports car instead. The bus is safer, but that’s a risk I’m willing to take.

Alexander Webb is a writer and author based in Sydney, Australia. Find him @alxndrwbb or alxndrwbb.com.