You Are Here Home Health News Your Chicken Is No Longer Pink. That Doesn’t Mean It’s Safe to Eat. 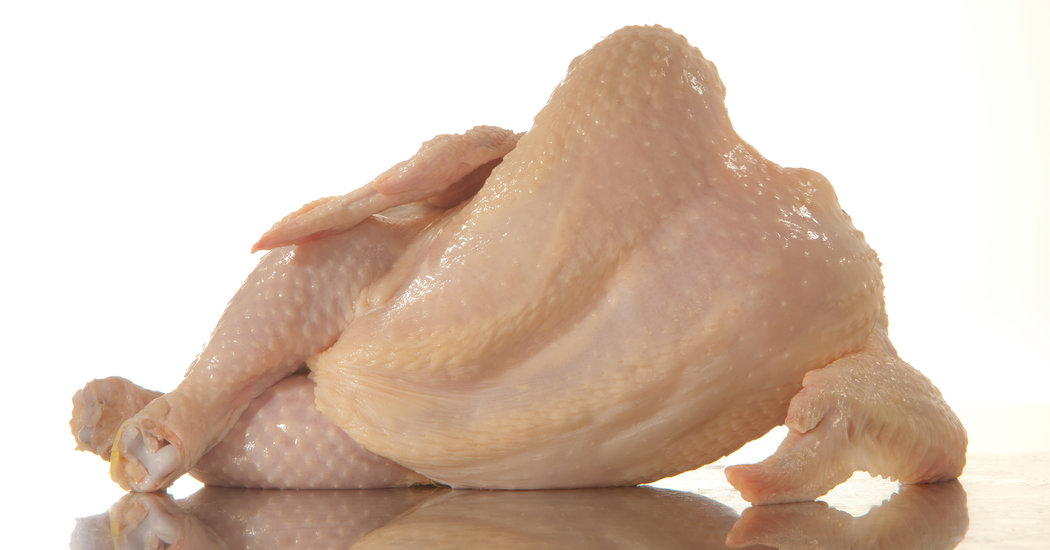 Chicken is America’s most popular meat. But undercooked chicken, when contaminated, is also a leading source of food-borne illness. So how do you avoid giving yourself and your isolation-mates food poisoning?

Many people, including Solveig Langsrud, a scientist at the Norwegian Institute of Food, Fisheries and Aquaculture Research, assume chicken follows a simple rule-of-thumb: Pink chicken turned white means “done.” It’s similar to how we cook other meats.

“Consumers can see that if you have a hamburger, and it turns from red to brown, it’s approximately around the temperature where the meat becomes safe,” said Dr. Langsrud.

But was this true? Did it line up with temperature recommendations?

As scientific literature offered no clear answer to her questions, Dr. Langsrud and her colleagues have identified common problems with recommendations and practices for cooking chicken safely at home. In a study published Wednesday in PLOS ONE, they showed that home cooks often follow intuition and color, disregarding temperature recommendations. Intuition and color sometimes aren’t enough to ensure safety. These can be alleviated with a few expert tips.

To study how cooks at home follow safety recommendations, researchers filmed 75 households in five European countries. From a random but nonrepresentative sample, they also conducted an online survey of nearly 4,000 households in the same countries that say they cook chicken.

Worried that chicken would dry out, most home cooks determined doneness by color and texture inside the meat, they found. Few bothered with thermometers, claiming they took too much time, were too complicated to use, didn’t fit in the chicken or weren’t necessary (although easy-to-use thermometers are inexpensive and widely available).

In additional lab experiments, the scientists injected raw chicken breast fillets with a cocktail of campylobacter and salmonella. These bacteria are common contaminants of chicken, and cause millions of sicknesses, thousands of hospitalizations and hundreds of deaths each year in the United States. They cooked the breasts on a commercial grill plate until they reached core temperatures ranging from 122 to 158 Fahrenheit (the World Health Organization’s minimum temperature for safe chicken), and they discovered something surprising.

At 158 degrees, but not lower, bacteria inside the chickens’ cores was reduced to safe levels, and when cut open its flesh appeared dull and fibrous, not glossy like raw chicken. But meat began changing from pink to white far below this threshold, and most color change occurred below 131 degrees Fahrenheit. Sometimes, the chicken’s core would be safely cooked, but unsafe levels of bacteria still lingered on surfaces that hadn’t touched the grill plate.

Many people think chicken is safe before it is, Dr. Langsrud said. Her advice?

You can check the core for fading pinkness, dulling glossiness and more apparent fibers, all signs of degrading proteins and cooking meat. But those alone won’t bring you safety.

You’re really better off buying a thermometer. Ask a salesperson how it works and where to measure temperature said Bruno Goussault, a scientist and chef specializing in precise-temperature cooking at the Culinary Research and Education Academy in Paris and Washington, D.C. Dr. Goussault was not involved in the study.

The United States Department of Agriculture’s Food Safety and Inspection Service’s guidelines for cooking chicken at home suggest a minimum core temperature of 165 degrees Fahrenheit. But using the same recommended temperature for legs and breasts can result in Thanksgiving turkey effect — dry breast and juicy drumsticks — because white meat cooks at lower temperatures than dark.

Americans still should respect these guidelines, says Dr. Goussault, but that doesn’t mean we must settle for dry chicken. He prefers a sous-vide method that involves vacuum sealing and cooking in a water bath at exact temperatures to consistently arrive at beautiful, juicy and pathogen-free chicken. But you don’t need to be a sous-vide master.

Try buying and cooking breasts and legs separately, Dr. Goussault said. Bring the breast’s core to 165 degrees Fahrenheit, he said, and the leg to between 168.8 and 172.4 Fahrenheit.

And remember: Chicken surfaces need love too. Unless the inside of a chicken was contaminated during processing, the outside is where you’ll find most bacteria. Boiling it, or searing it uniformly, will ensure heat kills all surface bacteria.

If you really want to safely gauge temperature for a whole chicken, insert a pop-up thermometer into the thickest part of the thigh before roasting it, Dr. Goussault suggests. By the time the probe pops, the breasts will have long cooked. They will likely be dry and far from his standards of culinary perfection. But you’ll be sure to, as Dr. Goussault says in French, “dormir sur ses deux oreilles,” or, figuratively, “sleep peacefully.”