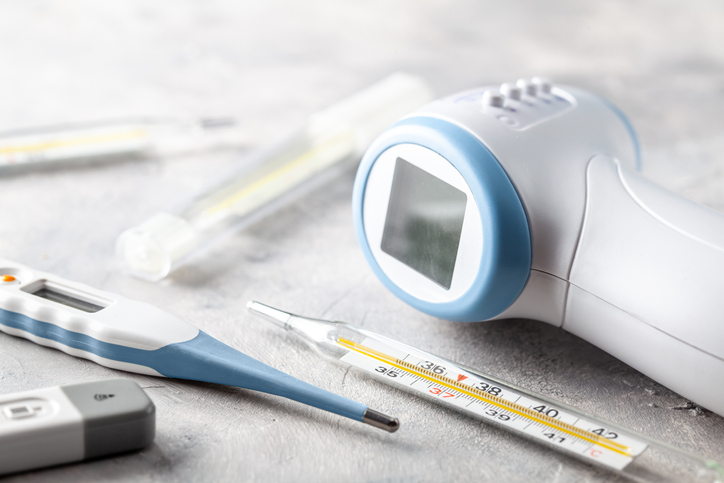 That’s certainly what we’re all taught, and it’s the right answer on a test. I know it seems crazy, but 98.6˚ F may not, in fact, represent the best estimate of normal body temperature. Not only that, but normal body temperature may be falling over time, according to data samples reaching back almost 160 years.

In the mid-1800s a German physician, Carl Wunderlich, measured axillary (armpit) temperatures from about 25,000 people and found that the average was 98.6˚ F (37˚ C). And so we’ve believed that ever since.

But more modern studies have called this time-honored truth into question, and have found that

On this last point, a remarkable new study is among the best to make a case that normal body temperature has been drifting down over the last two centuries.

Are humans getting cooler?

In this study, researchers analyzed temperature recordings from three periods of time over 157 years:

During the nearly 160 years covered by the analysis, the average oral temperature gradually fell by more than one degree. As a result, the “new normal” seems closer to 97.5˚ F.

This observation held up even after accounting for age, gender, body size, and time of day.

Why would average body temperature be falling?

What about changes in how body temperature is measured?

The method of temperature measurement varied in this latest research. But the researchers downplayed the possibility that different ways of measuring temperature might have affected the results. Average body temperature dropped even over decades of time when methods of measurement did not change.

Why body temperature — and changes over time — matter

Body temperature is vital to health — that’s why it’s among the “vital signs,” along with blood pressure, heart rate, and breathing rate routinely checked by your doctor. These measures are absolutely critical when evaluating someone who may be sick, because significant abnormalities can indicate major, even life-threatening, illness.

Thousands of chemical reactions occurring simultaneously and continuously in the body require a rather narrow range of temperature. As a result, the body does not tolerate wide fluctuations in temperature very well. In fact, severe hypothermia (low body temperature) or hyperthermia (high body temperature) may cause permanent organ damage or death. That’s why the body has such an elaborate thermoregulation system that keeps the body’s temperature close to ideal most of the time.

Fever is typically any temperature above 100˚ F. The most common cause of fever is any infection in the body, but there are other causes, including heat stroke or a drug reaction. Although you can be sick with a normal temperature, body temperature is clearly an important and useful indicator of health.

Metabolic rate, infection, and inflammation in the body all influence human health and longevity. So, a falling average body temperature over the last century and a half could reflect important changes and warrant additional research.

While news that the normal body temperature may be drifting down over time is intriguing, it is not cause for alarm — and it doesn’t mean the definition of fever should change. We’ll need to rely on additional research to tell us how important these findings may be. In the meantime, it’s probably time to abandon the assumption that 98.6˚ is a normal temperature. Something closer to 97.5˚ may be more accurate.

DVT Cases and COVID: What Are the Links?

Healthier 2021: Mark Has Some Challenges Ahead